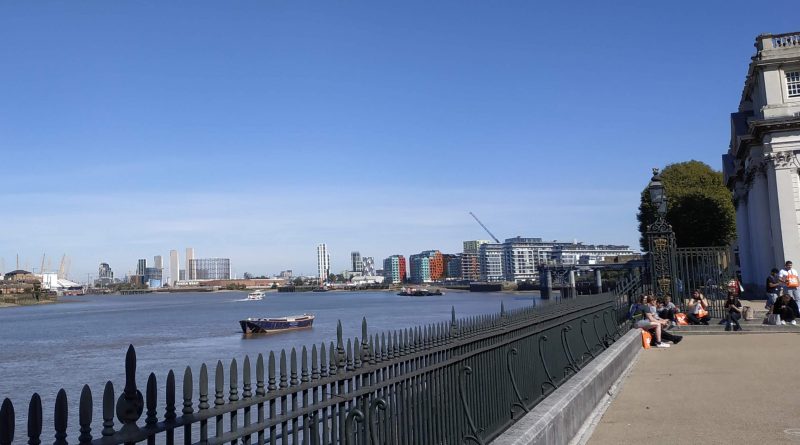 As 2019 draws to a close it’s been yet another varied and fascinating year covering all the coming and goings on our local patch.

When writing up posts I’ll often remember something connected to a story and trawl back to find information, which then reveals something I’d completely forgotten about – even if only a few month old.

With that in mind let’s have a look at some big changes over the past year – for me and much as you dear readers so I can re-discover what has slipped my mind – and bring to the fore will changes we can expect over incoming months and years.

I’ll try and keep this pretty succinct or we’ll be here till New Year’s Eve 2020.

Over the past year I visited and document many changes and new developments across London and beyond. Woolwich of course has seen a great number including:

In fact, I’ve just discovered a pic of something I never covered when I took this photo. Towers have jumped the Thames and are underway in North Woolwich:

Greenwich developments were seen in all corners of the town. In east Greenwich I went to see hundreds of homes completing at the old hospital site:

The exteriors were as good as complete:

The Peninsula saw towers complete to the north and work continue at Greenwich Millennium Village to the south – though in between many plots are on hold.

I popped over a few times to see changes.

Ikea opened in February and new builds have continued to move closer:

Over in west Greenwich there was the usual wave of proposals – as there was in Deptford. I visited a completed tower by the Creek:

The final block at a large Thames-side development named River Gardens is also now underway. This is another pic I’ve found today which I took earlier this month and hasn’t been up yet:

In May I covered how Knight Dragon now plan 17,000 homes on Greenwich Peninsula. Then in October plans for Morden Wharf were revealed and covered here.

I popped over to see the site a few times throughout the year. It’s one of those spots that always take people by surprise as the scale is vast.

In November TfL’s plan for 619 homes was approved on appeal.

Back in June I visited Thamesmead to take photos as much of the old estates are pulled down and new buildings finally rise.

The biggest town centre development in a generation is now being built.

Over 500 homes are coming. Click here to read about my last visit from December.

And of course there was plenty more in Lewisham, Deptford, New Cross, Canary Wharf and many other areas. So, what can we expect in 2020?

Well, the Greenwich to Woolwich cycle lane is due to be consulted upon very soon. I expect it to be part of a PR drive to overshadow controversial topics such as Silvertown Tunnel and Greenwich Council spending less income from developers on improving streets and parks compared to almost every other London borough.

As ever I’ll keep a close eye on developments. Many are in for a shock when (or if) Silvertown Tunnel begins I feel. Disruption at Blackwall  in coming years looks very likely – though perhaps not in 2020.

One other building I expect to see plans come forth is the old Arches leisure centre in Greenwich. Keep your eyes peeled.

Have a good new year, and if you enjoyed the site over the past year please consider supporting me. If you can, then one option is to become a monthly supporter here (starting at a couple of quid),make a on-off donation via Paypal here or buy me a coffee at Ko-Fi here.

I’ve already got a couple of posts lined up for tomorrow and subsequent days. See you soon.

One thought on “Another amazing year: Looking back at 2019”