A man assaulted in Greenwich is appealing to find his missing dog which escaped the unprovoked attack.

Paul Morrissey, 53, was attacked without warning from behind before Christmas at Tom Smith Close in Greenwich which is alongside the entrance to Maze Hill station. 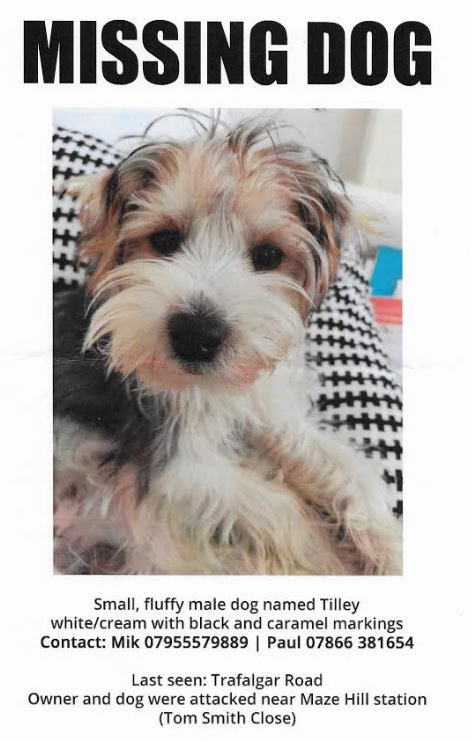 After the attack the victim recalled little of the assault but realised his dog was missing. The dog is named Tilley with cream and black coloured fur. He is microchipped but has no collar.