As 2020 draws to a close another year that saw major changes in as more major development plans arrived across Woolwich. I often forget myself just how many are on the drawing board, so thought I’d draw up a list of what is planned – and the current state of play.

Woolwich is to see at least 5,000 homes in coming years. That is likely to be the minimum level with the MOD announcing plans to sell most of Woolwich Barracks since that total was drawn up in the London Plan.

In recent months we have seen plans finally submitted for Morris Walk estate after 13 years of talking. I covered this plan for 966 homes in two parts last month. 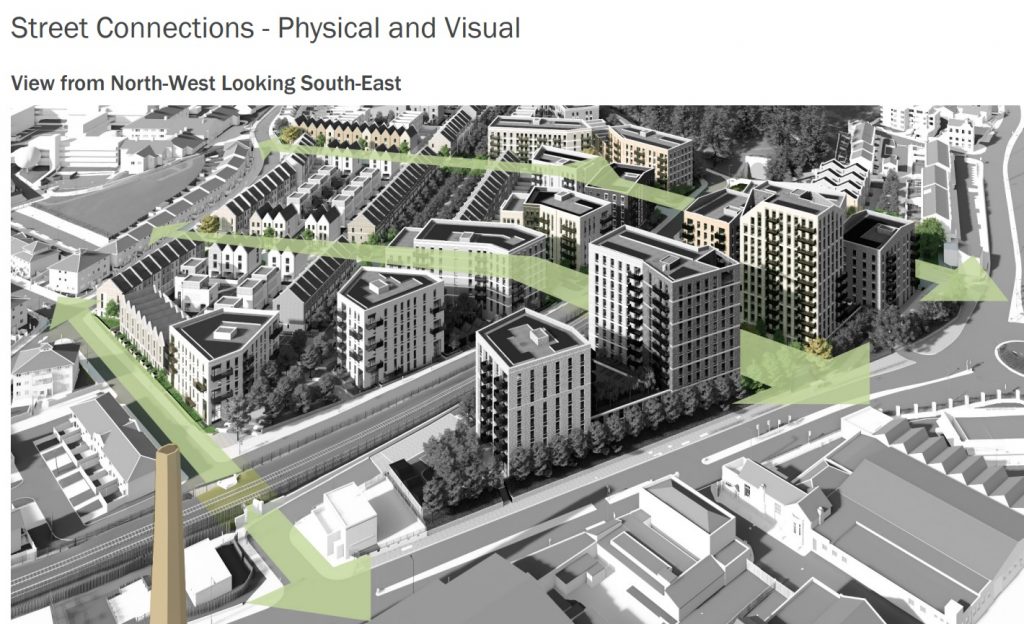 Another recent event was developer Meyer Homes pushing again for a tower in front of Woolwich Tesco again despite an earlier rejection from Greenwich Council and then on appeal.

Plots in front and behind Woolwich Tesco are in line for 795 homes if Meyer Homes get their way.

You can support the site by donating via Patreon or Paypal. Adverts bring in minimal income as more browsers block them.

The new Woolwich leisure centre site will total around 450-500 homes. Detailed plans are due to be submitted in 2021.

One of the biggest surprises this year is work continuing and now visible above ground on Mast Quay 2 which has been in limbo for over a decade.

It became bogged down in legal disputes after the 2007-8 financial crises.

Over the summer news emerged that TfL were entering into a partnership at their Armourers Court site above the eastern end of Crossrail station opposite Spray Street – 500 homes are planned here.

Back in 2014 TfL were hoping to complete homes on site around 2018-19. Much like crossrail itself, this has missed its target by some time.

Another major site is Macbean Street site where 622 homes are planned. These were revised in May 2020 and covered here. A pedestrian link to Powis Street through the site is part of the plan which includes towers and commercial space.

Work continued this year at two towers on the former Waterfront car park site. One now has cladding attached to the exterior. Eventually six towers are planned. Something to watch is how quickly following towers rise.

There were plenty of Woolwich town centre sites where little to nothing happened this year. One perennial plot is land around Woolwich Arsenal DLR sites. TfL signed an agreement with Oakmayne 12 years ago. Nothing has happened since. Oakmayne were dissolved in 2019. TfL have been completely silent. No one ever seems to know what is happening on a key town centre site that could provide many homes.

Another site with little movement (fortunately) is one of the worst proposed projects in Woolwich at Mortgramit Square (296 homes). 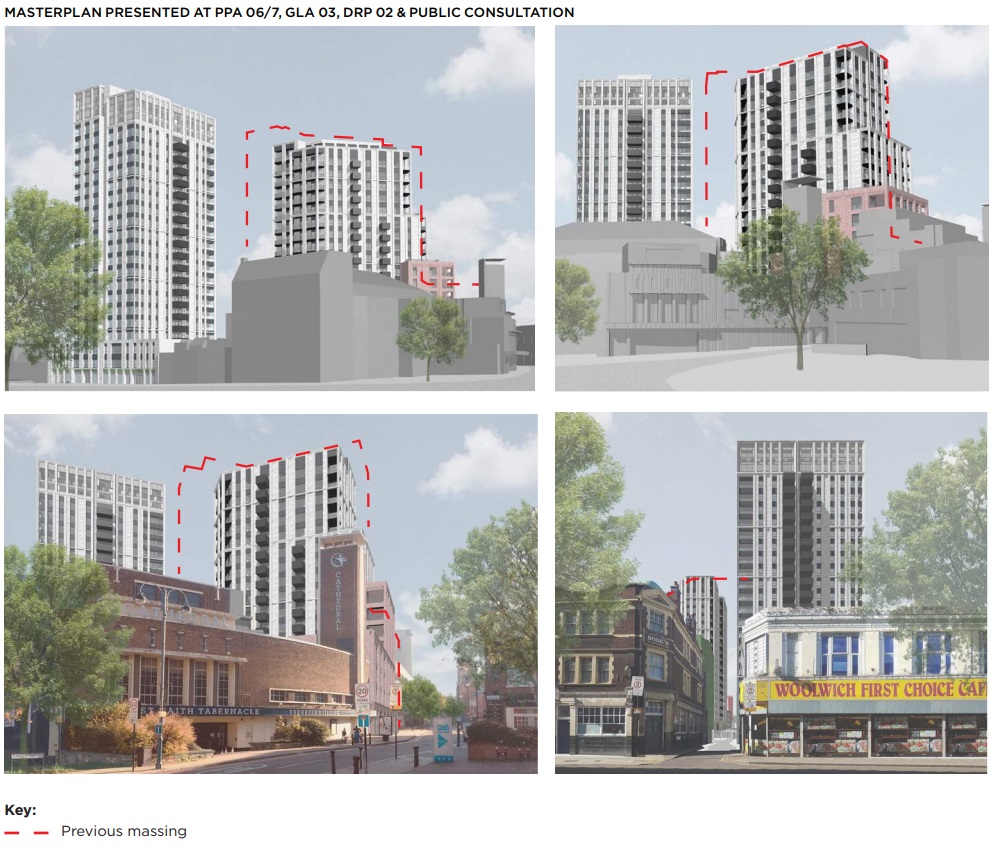 This graceless lump would see one of the most characterful areas of Woolwich flattened and overshadow some key buildings.

Another site with no movement is the Woolwich Island Site (300 homes). This retains many attractive buildings and creates a new courtyard.

There’s numerous other smaller sites such as the former Catholic Club and King Henry’s Dock where little happened except the site lying vacant and dead fish proliferating in the dock. 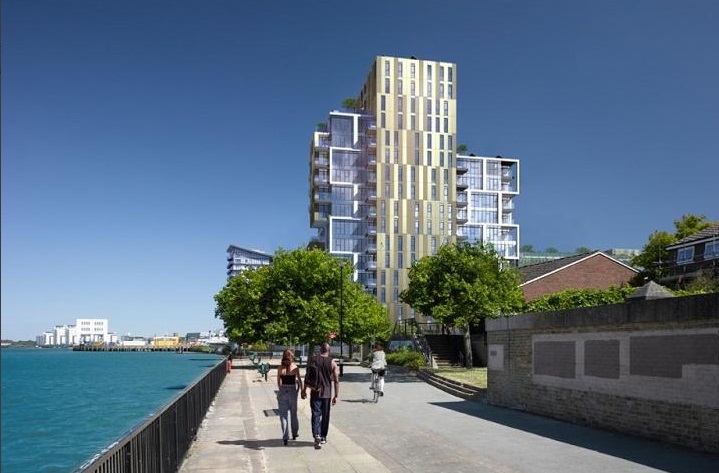 A low rise brick building from the ’80s has lay empty for some time: 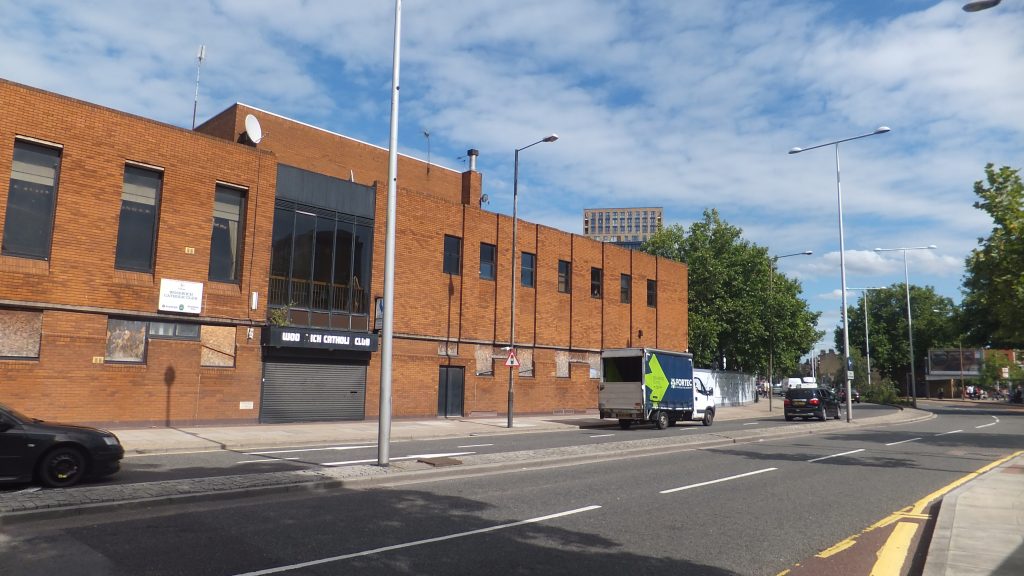 What can we expect in 2021? Perhaps the car park near Travelodge on Powis Street will see plans emerge. It’s prime land. If parking is to be retained, a multi-storey alongside any new development could be built. Back in the 2000s a multi-storey car park was planned on the site a wonderful art deco co-op just over the road. Fortunately that was halted.

The arguments over Woolwich Barracks will continue next year but the MOD seem pretty set on selling most of it – and the site is vast.

Viscount House on General Gordon Square is due to come down from February 2021. Wilko closes for good this week. How the town centre holds up will be key. Big names like Argos are set to potentially close. Despite many thousands of new homes built and many more coming, bridging the gap between new homes and a thriving town centre remains.

I’ve not visited as many sites as I’d have liked this past year owing to the pandemic and family life. Hopefully some normality returns in the new years and frequent trips can resume.

I have an appeal for help over the Xmas period. Many thanks to those that have assisted the site this year. 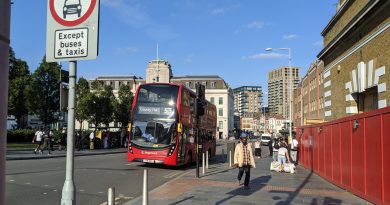 6 thoughts on “New developments in Woolwich: A round-up as the year ends”