Greenwich Council’s Cabinet look set to next week approve a process to move existing tenants out of housing on a site earmarked for a new leisure centre.

Tenants would have one year to move out from Troy Court which is located to the rear of Viscount house housing Wilko on General Gordon Square. Troy Court houses residents aged over 50 in social housing.

The new development is expected to be mixed-use given it’s prominent town centre location beside excellent public transport links.

Once built, the existing Waterfront will close. A  council report states residents will be able to move back to the site after completion, though there is an “if”:

“A guaranteed “right to return” to a new property on the site of the Woolwich Leisure Centre Scheme if council-owned Social Housing is developed there provided the requirements of the allocations policy are met.”

This goes against the consultation which stated:

“If the scheme is agreed, the Council will be offering each of the present tenants
of Troy Court a flat in the new development when it is completed (The right
to return) This flat will have the same or larger floor area and will be offered
as a secure Council tenancy at a Council rent.”

It would be quite the scandal if a large town centre site owned by Greenwich Council does not include social housing given the long housing waiting list, the number of people registered homeless and amount of money that is having to be paid to house people in emergency accommodation. Next week’s Cabinet meeting also reveals £26 million is to be spent this year alone on homeless issues, with upward revision likely.

Their are options to do so, as an announcement was made in October 2018 that borrowing limits on councils to build housing would be scrapped and the authority also possess the ability to use their Meridian Housing arm to develop the site, which would permit a set number to be sold at market rate to cross-subsidise council homes on site. This would provide more social housing than selling the site or partnering with a private company who require substantial profit margins limiting social housing. Berkeley Homes for example, operate on a profit margin of 20-30 per cent per home. It’s similar for most private volume housebuilder. Direct building allows that margin to be retained and reinvested in truly affordable housing.

“If you move to a new build property or a Registered Social Landlord (RSL) property, it is likely that your rent could increase. We will work with any tenants affected to understand the financial impacts of any move and how it compares to their current
circumstances.”

The report states some residents were confused when they signed a petition against being moved. It states:

“During the consultation, a petition was sent to Jamie Carswell, Director of Housing and Safer Communities; this was received on 14 September 2020. The petition was signed by 15 of the 23 residents. However, on further discussion during the consultation exercise, some residents said they had not understood what they were signing. Accordingly, given, for example, the telephone calls carried-out officers have concluded that the majority of tenants (57%) were generally supportive of the approach. This is correctly representative of the consultation result rather than the petition.”

The report then states much of the opposition comes from people not wanting to move during the current pandemic.

An earlier council report stated the Tram Shed will now be retained. Viscount House which houses Wilko will not, and is only around 30 years old. I recently looked at the history of the site, which alongside General Gordon Square was in line to be a shopping centre, major council centre and library.

The new site could open by 2025 – which is many years after the original plan. Waterfront could then either be sold, or utilised by the council for housebuilding. 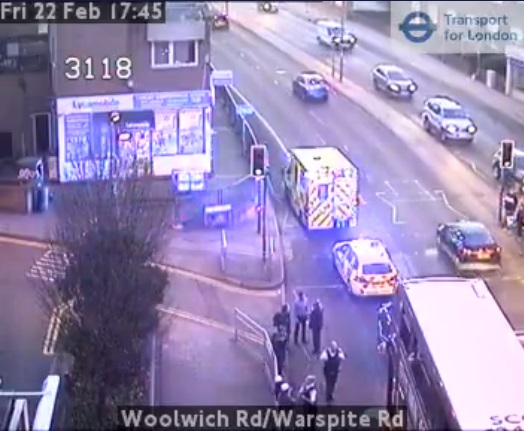