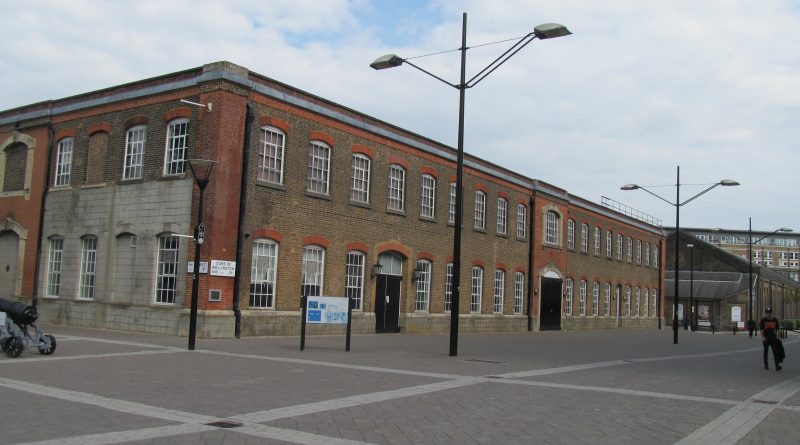 But it won’t come cheap, with standard tickets costing £67.50 and up upon checking the site today.

Early rate tickets are from £56.50 (not available at that price on dates I chose, though I found some at £78.50 a month after opening) and Premium is £86.50 which includes “priority entry which enables you to jump the queue on arrival and receive a complimentary coat check.”

Punchdrunk have been offered a peppercorn rent by Greenwich Council to set up on site.

Greenwich Council are entirely funding the Creative Quarter which will provide a number of spaces for various shows including stand-up, poetry and live music.

The plans do look excellent, though costs are a worry. Will this price level entice enough people to Woolwich from across London?

Unless there’s a substantial number of discounted tickets it’s also out of reach for many local people.

The Arsenal site previously housed the museum Firepower which struggled to attract custom.

True, the offering was quite different and Crossrail will eventually open in spring 2022 – hopefully.

Initial cost estimates for the Creative District were £32 million though the council refused to deny reports of cost increases in recent months, possibly in the tens of millions.

Labour councillors asking for the latest cost estimate were rebuffed in a council scrutiny meeting.

Conservative opposition councillors then raised the issue a week later in a council meeting, and Greenwich council leader Danny Thorpe immediately tried to make it a party political issue despite his own party colleagues trying to gain answers a week before.

He claimed it was “fake news”.

The council will now only reveal costs after it opens on 22nd September.

Both Labour and Conservative councillors had sought latest cost estimates, though the council claimed it could only provide details after completion.

The borough’s Heritage Centre was forced to move due to the project, and no plan to return has yet been confirmed.