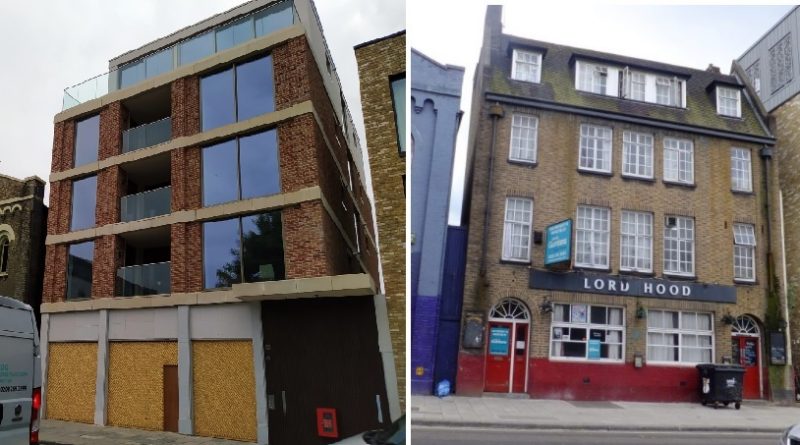 The Lord Hood stood beside Up the Creek comedy club until demolition in 2018.

The replacement building is now pretty much complete and comprises eight flats above a commercial unit. At the time of application, developers stated pub use but we shall see.

There’s just one additional floor in height with the new build, and a chance to renovate the pub upper floors for flats alongside an extension to the rear was not taken. 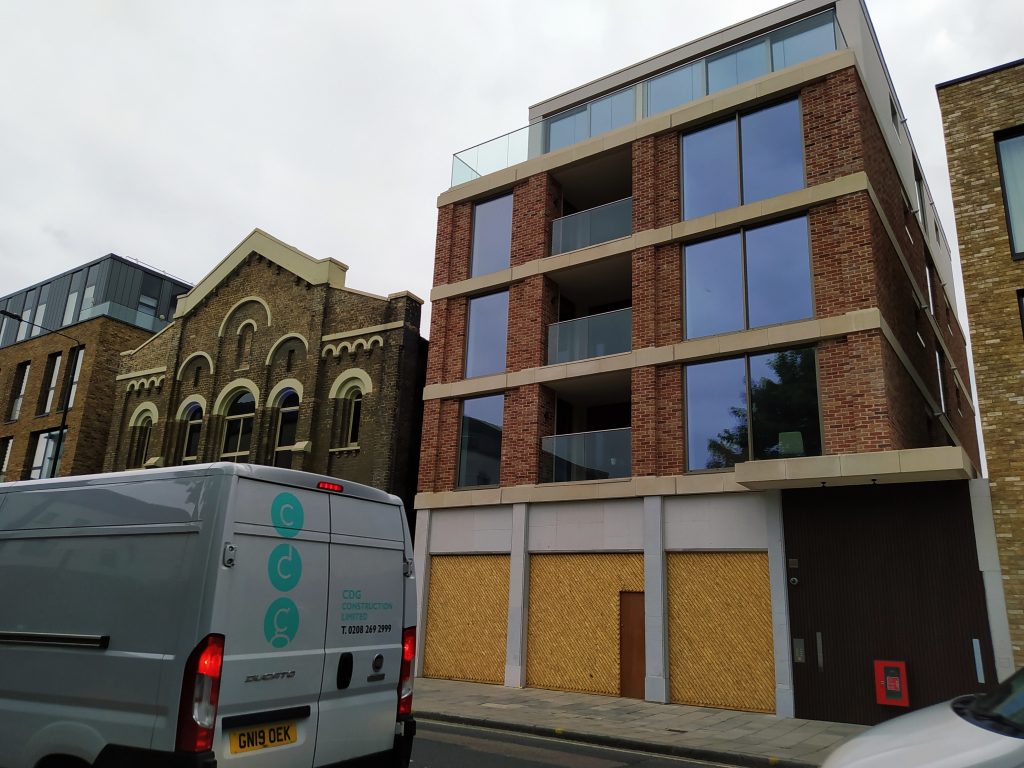 These two shots give a before and after view looking down Creek Road:

Up the Creek has also changed substantially in terms of colour scheme.

The Lord Hood used to hold live jazz events until closure. While it had its critics it had a lot of potential.

Other pubs nearby have been demolished in recent years, including the former Thames Inn:

As soon as it came down the plot was put up for sale. This was approved: 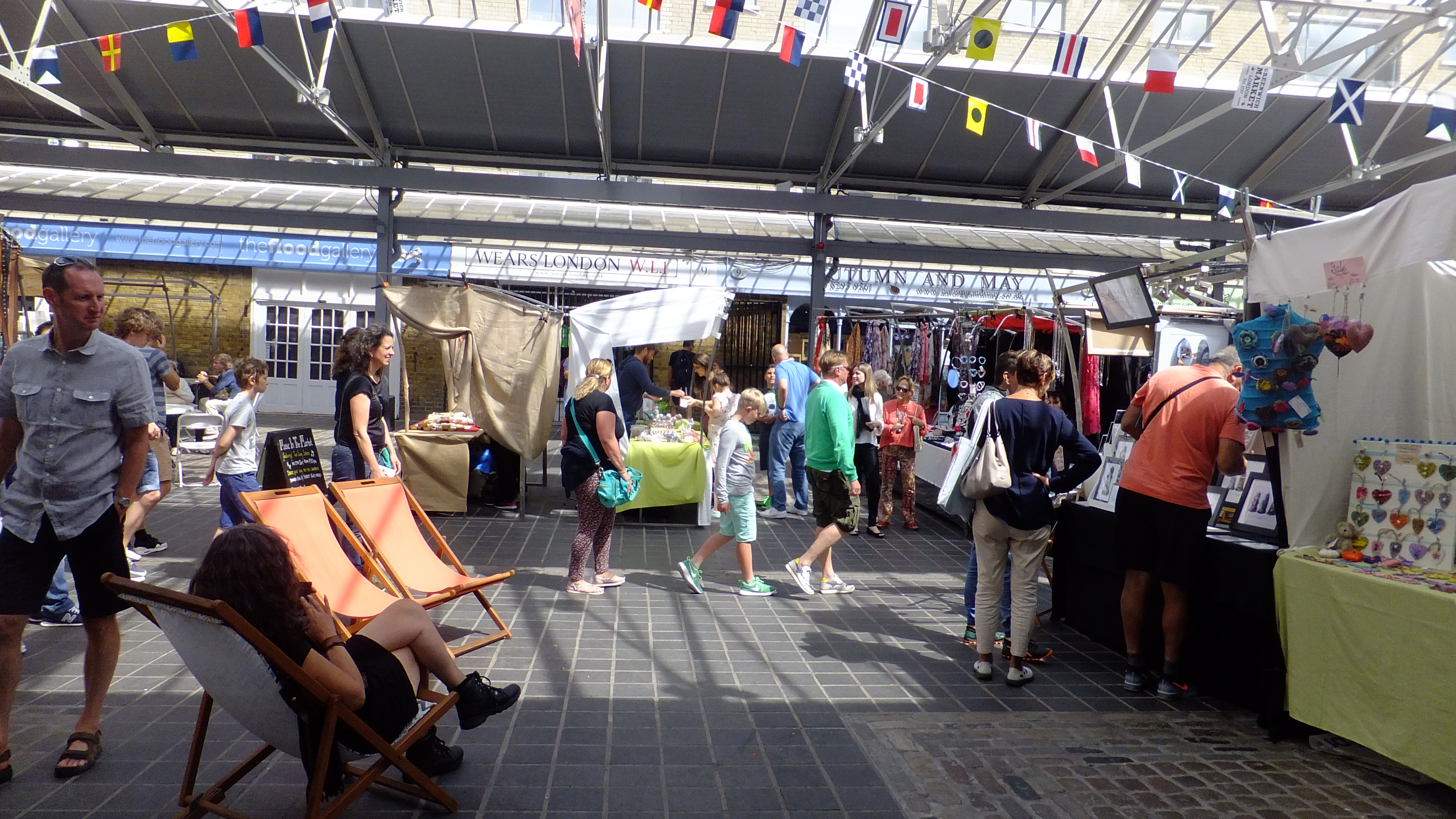