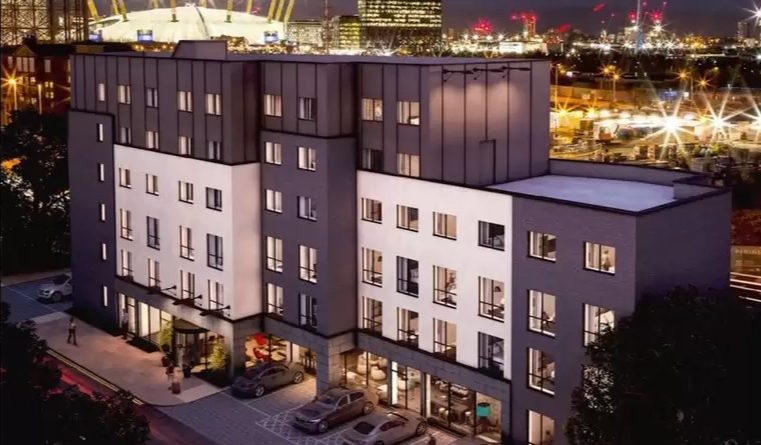 The very first post on this site all the way back in 2011 was about all the hotels that were springing up – or set to – around Greenwich.

Only now is one of them is finally set to open after a decade of financial problems, brand changes and obstacles.

It’s Radisson Red on Tunnel Avenue that was originally due to be an Ibis, and it’s set to open in coming days.

With the main structure in place that plan fell apart leaving the building clad in scaffolding for some years.

Radisson Red is a new brand for the company focusing on the lower end of the market – though at around £100 a night isn’t at the bottom end.

It’s far from a salubrious location between Tunnel Avenue’s trundling HGVs and the Blackwall Tunnel approach.

The spot isn’t the worst for a night or two if the intention is only as a place to crash given it’s between historic Greenwich one side and the o2, Magazine and now the Design District the other.

I mean, it’s hardly a beautiful spot, but if people are seeking a quick stay it’s passable. A two week romantic break on the other hand…

You don’t really need me to tell you the obvious; Greenwich Council have failed to improve pedestrian links to many local amenities from the hotel.

If you’re not dodging lorries parked on paving along Tunnel Avenue when heading towards a footbridge beside the A102, you’re heading beneath the A102 flyover past slip roads, giant roundabouts and dual carriageways and railings that attempt to prevent direct pedestrian routes.

Might as well call an Uber many will think – which helps the traffic situation.

Oh, I know. What about a driverless car?

Despite Greenwich council finding money for those, incoming cash from developments has seen nothing to improve pedestrian routes.

There’s the millions from Peninsula towers and major developments untapped, but even smaller developments brought these sums via the Community Infrastructure Levy: