Detailed plans have been submitted to began building work for a hotel and commercial space at the former Greenwich Magistrates Court. The court closed in 2016 as part of nationwide cuts.

Work on the hotel could begin in May 2021 according to this screengrab taken from a document submitted as part of a recent planning application:

London Hotel Group are behind the project. They operate Best Western and Ibis hotels in London. Existing buildings on site will be refurbished with extensions constructed to the rear. I first covered revised plans back in April 2019 which can be seen here. Greenwich Council gave approval in June 2020.

A courtyard within the site facing Blackheath Road site will feature commercial space:

Plans in 2019 were altered from initial designs drawn up in 2018 which saw a taller block on site and the demolition of former school buildings:

The hotel will see 300 rooms and sites opposite a Travelodge. Hotel demand in Greenwich shows little sign of slowing. The Radisson Red hotel on the Peninsula is to finally open after years of delay. A few hundred metres away from the Magistrates Court site along Greenwich High Road is another Travelodge as well as a Premier Inn. Directly next door to this latest hotel is a Hilton, which saw plans for an extension submitted in 2018. Work has yet to begin. Travelodge plan a third Greenwich hotel at a tower beside the A102. That will feature 300 rooms and was approved in March 2020.

The project will bring Greenwich £1,859,925 in Community Infrastructure Levy payments alongside Section 106 income. Phase 1 is due to see the refurbishment of a corner building facing the junction.

Demolition of certain structures to the rear of the Grade II listed court will follow.

Further tourist attractions in Greenwich set to open this year include the Design District alongside the reopening of Magazine music and event venue. 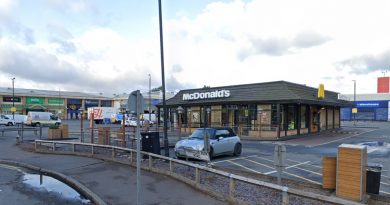