New flats being built at Peabody’s Thamesmead estate redevelopment are being advertised to buyers in Hong Kong by CBRE, with an event held last week at the Mandarin Oriental Hong Kong.

Prices at the former Tavy Bridge site are as high as £558,900 for a flat. A fair bit beyond the reach of many people in the area despite housing need, and so marketing appeals are being made to overseas buyers. The only homes so far completed by Peabody in Thamesmead over the past six years since thousands were announced are at a development called The Reach. They failed to sell after almost a year on the market.

Lower the price for subsequent developments? No, selling abroad seems the course of action.

An argument is sometimes heard that overseas buyers paying extremely high cost enables redevelopment to go ahead at estates – but there’s almost always no net gain in social homes. It isn’t permitting good quality housing for many, and isn’t it a sign of a deeply broken housing model when small amounts of truly affordable homes are often only built as a result of overseas buyers paying ludicrous sums for new homes? This was far from the norm for most of the last century.

Last year Peabody begun consultation on demolishing another area of Thamesmead. If social housing residents return they can look forward to large rent rises for years to come. Private tenants had no say on the future nor any financial assistance will be on offer when forced to move. What price will future homes be, and will they mostly be sold abroad?

A lack of social housing costs everyone, with the Thamesmead development situated in Bexley borough where the council again revealed last week that it’s facing a housing budget overspend of £5 million due to a lack of social housing. Authorities across the UK are having to find substantial sums when faced with housing those in need given a lack of social homes. £1.2 billion was spent up to March 2020 on temporary accommodation – a nine per cent increase on the year. An ever growing reliance on overseas buyers for new housing being built isn’t lessening problems in this country.

There’s nothing new in terms of what’s happening in Thamesmead. Videos marketing Kidbrooke – replacing the demolished Ferrier estate – to overseas buyers have gained hundreds of thousands of views in recent months. Thamesmead does stand out as it’s a Housing Association – Peabody – that’s in charge of this estate rebuild, located in a Housing Zone held up as a flagship housing model and which is the recipient of millions in public money.

Housing Zones were announced in 2015 by George Osborne and Boris Johnson, with £600 million of public money attached.

In nearby Woolwich shared ownership flats at high prices ringfenced to local residents have failed to sell, and so an application has just been made to expand eligibility criteria beyond local people in Greenwich borough and up the earning threshold to £90,000. That’s part of the One Woolwich scheme which saw a loss in social homes. Like other boroughs, Greenwich have gone way beyond budgeted housing totals due to increasing pressure and a lack of social housing.

While costs rise beyond affordability for many in the UK, the number of overseas landlords in the UK has grown substantially in recent years. Some property websites have described a 19 per cent increase in foreign landlords since 2018 as “good news”. Chancellor Rishi Sunak helpfully included overseas buyers in the stamp duty holiday, which the adverts for Thamesmead make clear (see 1 minute and 15 second on this video)

New Zealand has gone all the way to outright bans on overseas buyers in an attempt to cool housing price rises. That’s one extreme. At the other end, the UK finally adopted a small surcharge last month but at just two per cent was a minimal amount. And almost immediately reports begun to emerge of buyers getting around the measure and avoiding tax.

The current housing model in the UK is a mess. The taxpayer doesn’t gain, barely any truly affordable housing is provided, people in the UK who are looking to buy are often priced out and forced to rent at high cost, and to top it off that rent is often beyond a level that’s affordable hence the taxpayer tops it up. The £1.2 billion in payments for emergency and temporary accommodation are in addition to more than £20 billion a year in housing benefit payments.

The problem with overseas buyers is also now extending beyond new builds into existing housing stock, with individual homes being marketed abroad pushing home ownership further beyond the reach of more people in the UK. Where will it end? 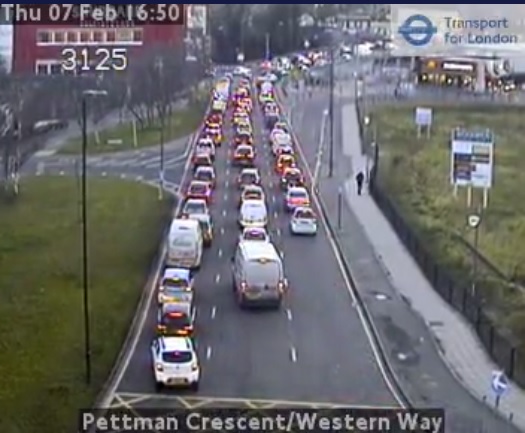