Peabody gave a presentation to Bexley Councillors last week about future phases of building new homes on the site of the 1970s estate.

It’s now four years since much of the site saw outline plans approved yet progress has been slow, and doesn’t look like speeding up. There is still no detailed planning application (due this month apparently) for much of the site, and despite buildings along Harrow Manorway coming down this year, one slide stated no construction would commence until March 2024.

This area, now named Lesnes, will see up to 1,950 homes compared to a previous total of 746. However numbers aren’t set in stone: “The applicants have indicated that the number of units which will likely be taken forward are between 1750 – 1950”

The presentation raised compensation for existing social tenants. Private tenants get no compensation unlike their private landlords – though this wasn’t mentioned.

The report stated: “Prior to commencement of each phase of the demolition works, the existing residents within the part of the application site subject to demolition are intended to be permanently re-housed in Peabody’s new properties“.

It takes time and effort to bring you local news. Adverts do not cover the cost and more and more browsers block them. To become a regular supporter click here.

The part highlighted in bold is not correct for private tenants. At around the 43 minute mark a councillor asks about people being rehomed and any pressure on the authority to rehouse residents. The response from Peabody fails to mention private tenants and states there will be no pressure.

Yet a family renting privately in the area could struggle to find another home and sizable deposit then needed – which is likely given some could have lost jobs or seen incomes reduce and will fail to pass referencing – and subsequently turn to the council as a last resort.

As the percentage of private renters rises sharply in London, this is a key – and often ignored – issue. If we look at neighbouring Greenwich, the proportion of private renters as a total of borough households has increased from 19.7% in 2014 to more than 32% in 2020. That’s huge growth in just six years.

Private tenants are ever growing in number but lack any voice in estate regeneration projects nor compensation when forced to move.

Cllr Danny Hackett raised concerns that total housing numbers aren’t firmer after so much time and delay in building new homes in Thamesmead. He also raised concerns about 35 per cent “affordable” housing level and stated this should be the minimum. That brings me onto the next issue – service charges. A hot topic at the moment, and looking at renders offers a reason why:

You can almost see the above inflation annual service charge increases requested to maintain that landscaping.

Shared ownership comes under the “affordable” banner – though when you add together the mortgage, rent and then service charges which can quickly rise – it’s often anything but.

The next contributions from councillors was about where people will park. Yep, a development near a £19 billion rail line and the first thing asked was parking.

The next response had no questions as “the presentation was good”.

A major development of nearly 2,000 homes and no questions?

The issues around this are numerous; Peabody have recently been gaining media coverage for excessive service charges, Bexley Council are in severe financial difficulties in part due to costs of emergency accommodation (levels of social housing are crucial to lowering the burden on local taxpayers as is build time) and a large area will be completely transformed and yet no questions.

Peabody also stripped back plans at neighbouring Southmere Village just this year – and covered on this site last week –  including the removal of a water feature that was a centrepiece of plans in the main square. Cost cutting has also hit buildings on site.

And yet no questions as the “presentation was good”. The councillor did state they would ask more questions when full plans were submitted, but had none at this stage.

There was little mention of new homes along the banks of Southmere Lake. We did see this image:

The tower at the end isn’t exactly conducive to good living given the sewer bank alongside and elevated flyover/roundabout. It’s also furthest from Abbey Wood station. To place higher density buildings here rather than other plots nearer the station – with no low rise housing nearby – is odd.

First homes on Greenwich Council Housing Zones in for planning 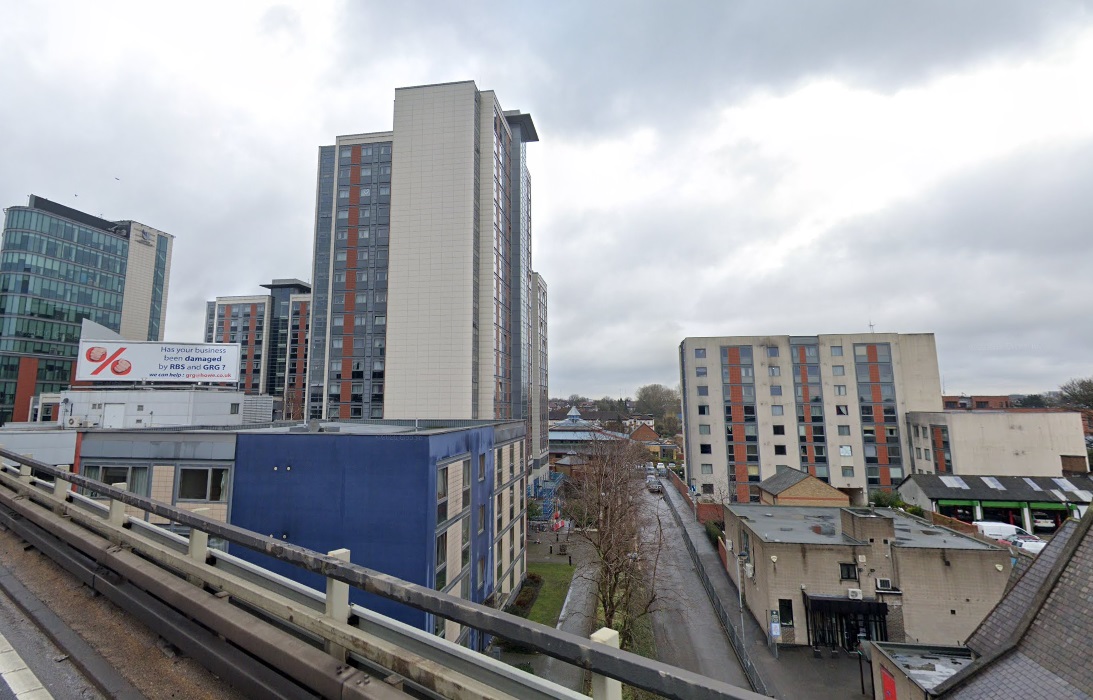