OK, so this isn’t exactly breaking news but I’ve only just found out that Next opened an Outlet store at the o2’s Icon shopping Centre in December just before lockdown, which promptly closed and is now open as of this week as restrictions are eased.

Why is this of interest? Well, even if not a shopper it’s a vote of confidence in the shopping centre after a bumpy time since opening in late 2018. Many weren’t even aware it existed, and when visiting it seemed empty much of the time.

Next is one of the most popular retailers in the country. A bit of a bellweather if you like. To open after a pandemic is a vote of confidence. They also have a “standard” store at Brocklebank retail park down the road in Charlton.

Icon shopping centre opened in late 2018 with many empty units. A year later a fair few remained. Then came the pandemic. So to gain tenants like Next is a bit of a coup. Whether it’s on very favourable terms or not, it should attract punters. At least with spring now here (sort of) the oft mentioned drafty centre shouldn’t be too bad.

Alongside new shops within the o2, the Design District outside the o2 comprising markets and bars is due to open this spring. Then there’s Magazine music and events venue, which was finding its feet when everything kicked off last spring. They are due to reopen this summer.

Barring no further hiccups on the “roadmap” towards opening up music venues, the area could teem with life again in a few months as concerts commence. If Knight Dragon built homes a bit quicker, they’d also have a lot more local custom within a few minute’s walk. 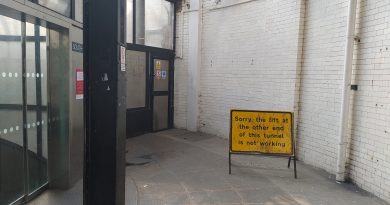 9 thoughts on “Next Outlet opens in Greenwich Peninsula”