Plans for another study into transport in Thamesmead will see £150,000 allocated by Greenwich Council as they join TfL and developers in a “Funding and Collaboration Agreement”.

This will be the latest in a continual list of studies dating back decades to improve transport for the town. Very few have ever come to fruition. The cash is coming from  Section 106 income from new developments in the borough.

The study will look again at options for transport though financing for any large-scale project seems unlikely with TfL extremely challenged financially and central Government showing little appetite to invest nationally – and particularly in London. Even existing river crossings in the west such as Hammersmith Bridge are closed with no funding for repairs confirmed. That is estimated to require between £141 million and £163 m. Only Silvertown Tunnel is progressing.

Previous projects for Thamesmead include a Jubilee Line extension and even a station and interchange plan between Abbey Wod and Plumstead which I covered here.

In more recent times a number of road crossings were proposed – the last of which was scrapped by Boris Johnson as mayor in 2009.

Since then plans for a DLR link have never progressed beyond renders though sizeable infrastructure is needed to provide up to 20,000 homes in the town.

London Overground is being extended from Barking to a new terminal just over the Thames from Thamesmead at Barking Riverside. However any extension has lukewarm support from authorities and given the extension is being built on a viaduct, this renders any extension via a tunnel (and it will have to be a tunnel at this point of the river) expensive and disruptive.

In terms of options for improved Thamesmead transport that do not cross the river there was the Greenwich Waterfront Transit in the 2000s, which I looked at here.

It was to run from Abbey Wood station to Thamesmead then through dedicated roads in Thamesmead, the Royal Arsenal site then onto North Greenwich station broadly along the lines of the 472 bus.

It was watered down to little more than a renumbered 472 bus (which was to be axed by the end of numerous changes) and the project cancelled by Boris Johnson as Mayor in 2009 along with the river crossing.

TfL did announce a couple of years back that the existing 472 would be extended to Abbey Wood but with no Crossrail running, nothing has yet happened. There is no word on where any bus layover would be positioned.

We know some sort of wider transit system is still bubbling away as a potential scheme – and was also supposed to run through up to 8,000 proposed homes in the Charlton Riverside masterplan area. Oddly though this council document now states it would only run as far as Woolwich.

It would also serve up to 2,000 new homes near Plumstead bus garage hence Peabody are also among the groups on a new board. It will be led by Greenwich Council leader Danny Thorpe and include:

Peabody have joined forces with Lendlease for around 15,000 homes in Thamesmead aside from 3,000+ planned at Housing Zones. That is a driver behind the new study, though as stated if it goes anywhere in current circumstances is highly unknown. Lendlease themselves have just announced 240 job losses – and Peabody still have a large amount of undeveloped land six years after Housing Zone status was awarded. They have only complete 66 homes and have failed to sell all of them almost a year after completion. 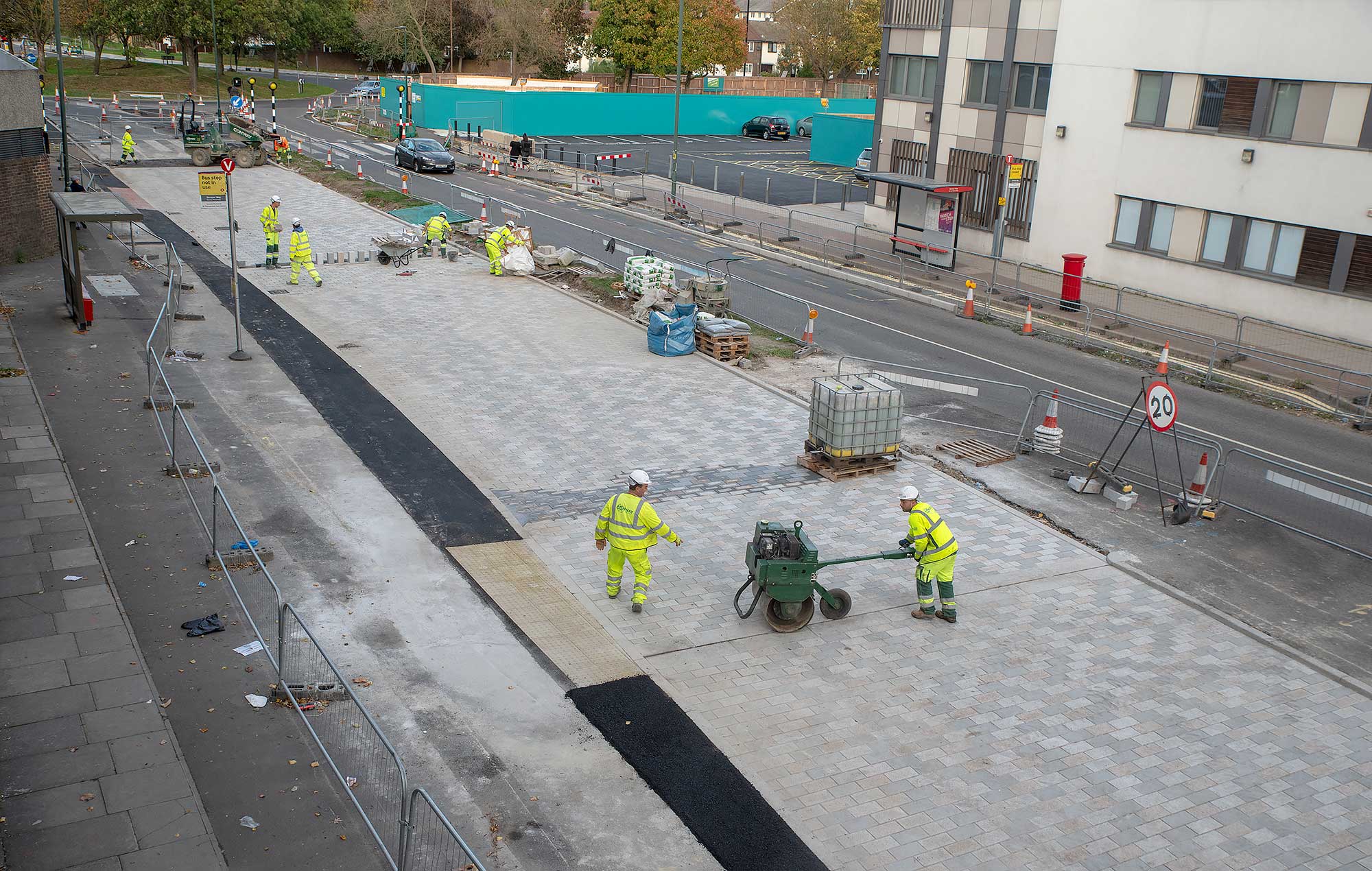