Back around the turn of the Millennium an exciting new transport system was in planning from Abbey Wood to Greenwich via North Greenwich in order to reach the new-fangled Millennium Done and assist isolated parts of Thamesmead.

It was the Greenwich Waterfront Transit – and concept drawings and plans toured the borough. What was once idealistically planned as a new tram was already being downgraded to a trolley bus by 2001. Over following years it was downgraded further to a standard bus. Well, it had some covers over the front wheels to look like a tram which fooled nobody. I remember reading a leaflet promoting the watered-down scheme that had lost so many unique features it has resorted to proclaiming opening windows as a virtue.

Trying to fool the public that buses were trams was popular at the time. Transport Secretary Alistair Darling cancelled many tram schemes (Leeds, Bristol etc) and then tried to pass off glorified bus routes as transport game changers. They weren’t. First’s FTR was a famous example. It didn’t last long.

By the time of its death the Greenwich Waterfront Transit was simply a re-branded 472 bus with no increase in frequency yet extreme over-engineering in places for large cost and little return. One such example was building a concrete road (potentially for guided buses) by canals and parks in Thamesmead whilst nearby roads were free-flowing given that a planned Thames Crossing and 100,000 people the town was expected to accommodate never happened.

At the other end the route it would have terminated in Greenwich and headed past development sites at Enderby Wharf after departing the Millennium Dome. Greenwich would have seen a bus interchange to the north of the station – which never happened – and an improved forecourt to the south, which did. Land in Charlton was reserved for a depot. It then saw plans for a Travelodge before it became a retail park extension now housing Frankie & Benny’s.

The entire scheme was eventually cancelled in 2009 after 12 years in planning and going nowhere. Not many mourned its passing.

Fast forward 22 years from original inception in 1997 and much of the plan is back on the agenda, though not the section from North Greenwich to Greenwich.

With cuts to the 472 bus which duplicates almost the entire route this may seem strange – but we now have at least 7,500 homes coming to Charlton Riverside and Peabody plans for areas of Thamesmead in coming years alongside Woolwich estate regeneration including Morris Walk Estate.

It’s also odd as one of the original virtues of the route – according to backers – was the pilot busway which is currently being ripped out for a standard dual carriageway. The 2000s scheme saw the busway model expected to extend onto dual carriageways in Bugsby’s Way, all through Charlton to Woolwich and Abbey Wood. One road two-way buses and the other two-way general traffic. 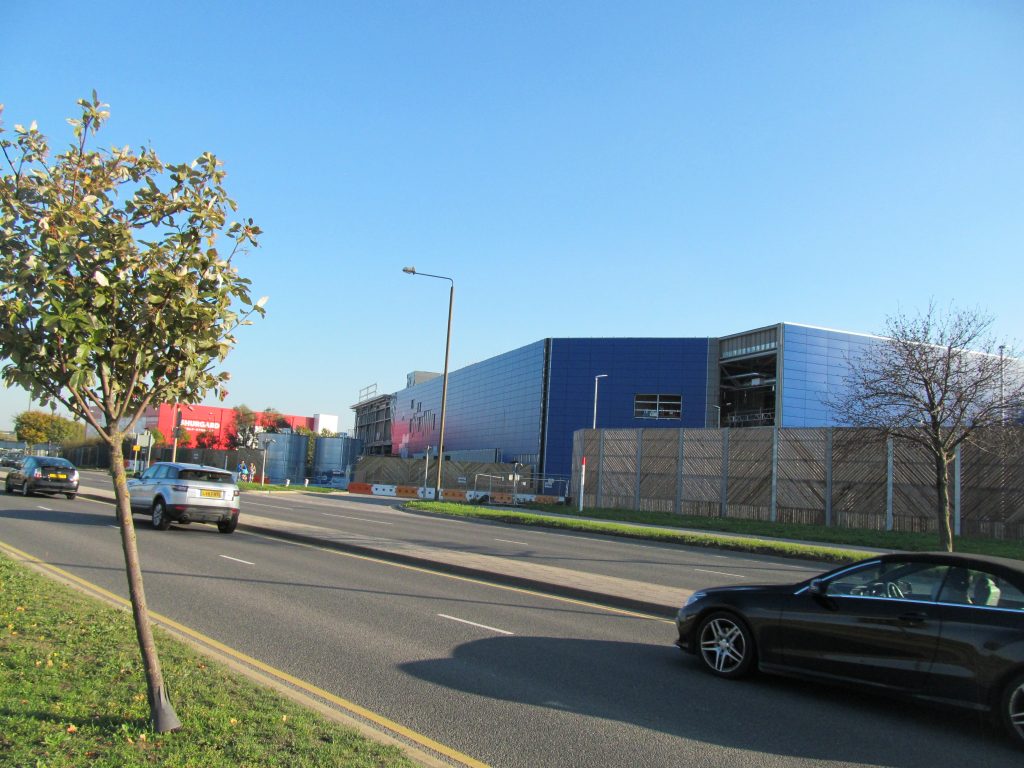 The new scheme doesn’t include many of those ideas yet does seem like it could repeat some of those same Millennial mistakes by over-engineering parts – which could kill it off after much spending on consultants and planning. Much of the route already has bus lanes for one thing. Millions spent on changing certain roads would be wasted.

It could piggyback onto existing road upgrades. Abbey Wood is currently seeing dedicated bus lanes going in on Harrow Manorway with a two lane road becoming four lane. I’m not sure millions need spending on the elevated roundabout in Thamesmead as it’s never that congested. Certainly not if alterations would cost big and kill it off.

The one-way system around Plumstead bus garage will also change as a result of Peabody’s housing zones.

As mentioned, back in 2000 the scheme would have driven through parks and alongside Thamesmead canals which raised the most objections at the time. TfL seem to have backed away from that. It’s high cost and controversial. Running through the Arsenal site was also planned back then. Will it now?

Then there’s the A206 from Woolwich to Charlton. It generally flows well except for poor parking which is more dangerous to cyclists than an obstruction to buses.

Charlton is where things get interesting and costs will be incurred. The recently adopted Charlton masterplan is for 7,500 homes – and if a new public transport system is installed building heights could be raised.

Where it leaves the A206 is undecided – either beside McDonalds or past Royal Greenwich and Windrush schools.

It would then reach Bugsby’s Way. The recently rejected plan by Rockwell for homes here didn’t get off to a good start by not adhering to the masterplan – to the determinant of future transport links.

Instead of a four way junction or roundabout, the development sought to alter road layouts to add an awkward dog leg and slow down any future Waterfront Transit scheme – and likely see twice the number of traffic lights.

Though the plan was rejected, ignoring road layouts in the masterplan didn’t gain much attention. It’d have little impact now so most aren’t bothered. In 10-20 years with though with 7,500 homes? A different story.

Then it’s on to Bugsby’s Way which lacks a dedicated bus lane in parts.

Adding bus lanes here will be tricky. It’d cause further traffic congestion. The hope is that more bus lanes could add to modal shift – but as discussed endlessly will many people heading to stores like Ikea or a forthcoming Lidl do so? And how many would need to do so to compensate for losing a general traffic lane? A tram would lead to much greater modal shift that a bus – but that seems a pipe dream/

Past Bugsby’s Way and there’s a new 100 metres of bus lane near Ikea before heading up to north Greenwich. This was achieved by narrowing a wide central reservation – it’s less possible on Bugsby’s Way.

Greenwich Council still want the route. I feel TfL is more ambivalent. Not only are finances severely strained but the DLR could assist Thamesmead in coming years (yeah I know – another saviour for Thamesmead…) and more crucially TfL do not want people from east of Charlton travelling to North Greenwich when Crossrail opens at Abbey Wood and Woolwich.

If they do so that’s £600 less revenue on a Travelcard per year by buying Zone 1-2 instead of Zone 1-4. Making the GWT limited stop would see even more heading west to save money.

But for now TfL are talking about the project, and whilst cynics may say its a useful sop to divert away from Silvertown Tunnel criticism, Greenwich Council have also been mentioning it with increased volume.

As long as any scheme is modest it may have half a chance in the current climate if using existing infrastructure along much of the route with new sections through Charlton Riverside. Revert back to wildly over-engineered 2000s plans and it won’t – though not without much money potentially wasted by Greenwich Council if they pay for an army of consultants that’ll promise the earth.

A shame really as a tram system would be wonderful – especially if it crossed the Thames but the chances of that are pretty much zero right now. To be honest – even a minimal GWT may be years off. Cuts to the 472 bus will begin in months.

6 thoughts on “Greenwich Waterfront Transit: the history, cancellation and rebirth”