Posted by fromthemurkydepths on November 15, 2019 4 Comments

Shooters Hill has been closed due to a serious accident in the past hour.

Multiple bus routes serving Queen Elizabeth Hospital are on diversion due to the Shooters Hill accident. There are reports that some drivers have abused police:

Shooters Hill Road is closed due to a serious accident and idiots are swearing at a police officer for doing his job. Shut your mouths. Turn your cars around and think about how you’re going to stop being so insensitive and selfish on your long drive home.

Other issues in East London are also contributing to severe queues on the A2 with subsequent knock-on effects. The A2 is seeing the normal queue from Falconwood back to Greenwich heading even further back almost to the mouth of the tunnel – with the other direction also at a standstill with heavy traffic at Sun in the Sands roundabout. 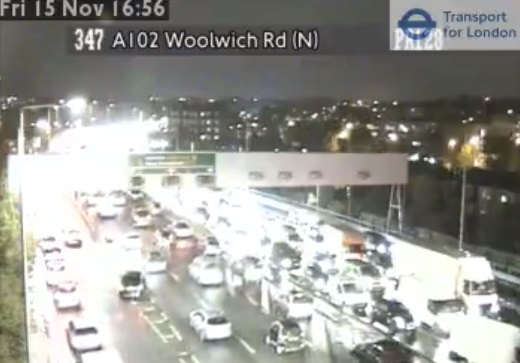 UPDATE: The lower road in Charlton and Woolwich is now backing up.