Posted by fromthemurkydepths on July 9, 2019 2 Comments

Plans have been submitted to build flats on a plot behind the North Pole pub in Greenwich on Norman Road.

Previous plans, covered here, saw a hotel on site. The owners have ditched that idea and gone for housing.

The hotel would probably have gone down less well locally I suspect, architecturally speaking, than revised plans. 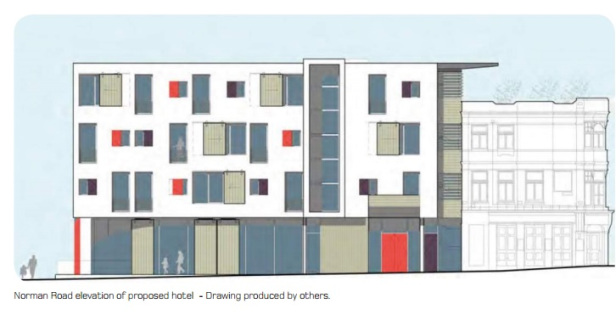 There will be be 14 flats (6×1-bed, 7×2-bed and 1×3-bed) within a five storey building and a restaurant at ground floor level if plans approved. 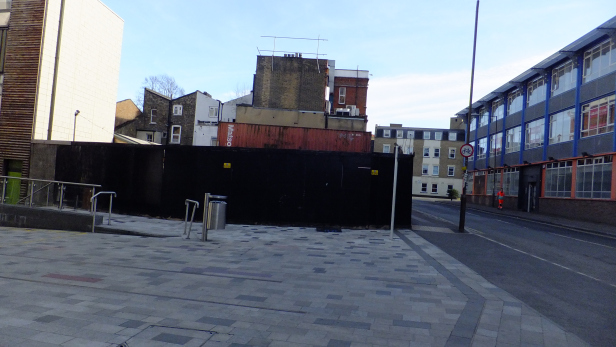 Looking at the site

The building on the right in the above photo is also due for demolition. Last time I walked past hoarding surrounded it for imminent demolition.

In place with be another housing development approved in August 2017: 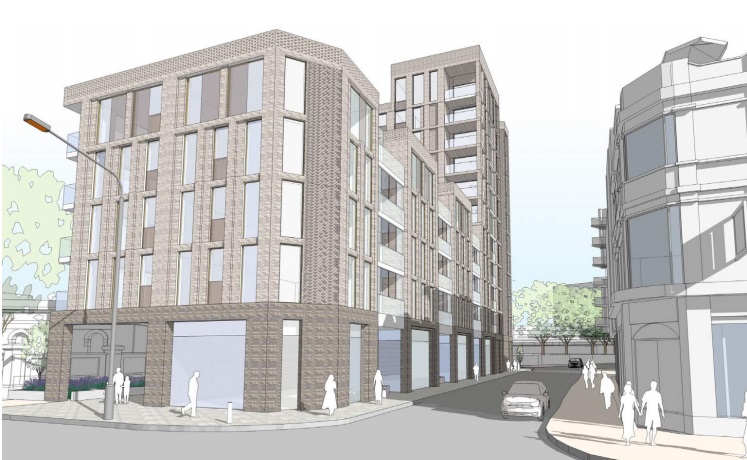 North Pole pub on the right

A few metres north and another tower block was approved in January this year comprising 145 homes.

It can’t be too long until almost the entire road is lined with new builds.