Parking issues across Greenwich borough are a hot topic right now. This sort of topic is a staple grumble in every town in the country so the issues may seem to be same old, same old. However, Greenwich borough is an exception to many. This is evidenced by the fact that the council have seen millions less in income from parking than they budgeted for and this has gone on for a fair few years now. In 2013/14 they received £2.1 million less income than budgeted for.

Fast forward two years and nothing improved. In 2015/16 the shortfall was £2.06 million as seen here:

And then in 2016/17 they expect to be £2 million under expected income. So at least £6 million not received in three years out of the last four years. I believe 2014/15 was similar so around £8 million lost the past four years. Councillors need to ask tough questions of this continual failure. It’s a chronic problem.

The shortfall is vast. So why so little action? They came up with a “parking strategy” which hasn’t yielded many results, hired very few wardens and problems thus continue in many areas.

Recently I covered the £1.2 million road upgrade between Plumstead and Woolwich. Before work was carried out on this stretch of road poor parking was a constant problem. I wondered whether all that money to improve bus journey times would see Greenwich borough actually begin to do something. The answer is, probably unsurprisingly, no. Are TfL happy to spend so much and then see little to no enforcement?

I visited the site after and saw much crap parking blocking buses in the evening rush hour. Cars double parked and a fair few parked at an angle with the rear leaning out into the bus lane approach. That was about 3 weeks ago.

Almost every day over the past week pics have been on Twitter showing continual poor parking at the spot. Greenwich council and councillors are included in the tweets. They surely know the problems.

In the pic above about six cars are badly parked.

Double yellows and the bus lane entrance mean nothing to some here.

A very similar story is seen by Abbey Wood station. A car is continually parked on double yellows and a keep clear section. This is despite the need for access due to construction.

There’s a £400k street upgrade on at the moment here. Following that a £6million Crossrail public realm scheme gets underway. If they don’t enforce parking will cars be parked over new granite paving from day one?

Elsewhere I’ve walked past cars parked on double yellows every day for about 3 months and never seen one ticket applied. The same thing happens with cars in parking zones and parked on paving and grass verges. Daily for months. One never moved at all. No warden or ticket ever seen. Checks just aren’t being done in some places. Departments can say they are but when the same cars are illegally parked day in, day out for months then the evidence speaks for itself. People shelling out for passes must wonder why they bother.

The Charlton Champion site has today written a post about the parking problems outside schools. Same story. A comment refers to parking problems at St Mary Magdalene at Greenwich peninsula. Currently it’s a temporary site with just a fraction of the 1600 pupils that will eventually move there in 2018.

Greenwich Council are due to spend hundreds of thousands on more parking zones across the borough in 2017. Will a minority be able to ignore restrictions and get away with ignoring the rules? Given what’s happened for years despite common knowledge this is happening the answer is probably yes unless the relevant department pulls their finger out. 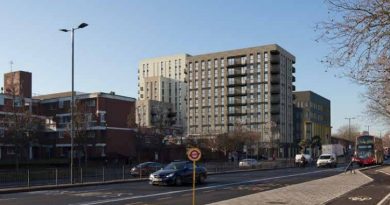