Final timetables have been released of substantial changes to rail services across south east London from August. Details can be found here.

On other routes, there will be reduced services. And remember, these are normal working days and not the weekend, where it has become the norm. Work has been timetabled to occur on one of the quietest weeks of the year but it will still cause much disruption. However, little can be done to switch the dates given the essential, and wide ranging nature of the work.

The following week sees long term changes kick off. These will run from August 2016 until January 2018. The big changes are that Cannon Street trains will not stop at London Bridge. Charing Cross trains will once again do so. The Greenwich line sees 4 trains an hour in the peaks head from Charlton to Lewisham, before stopping at London Bridge and terminating at Charing Cross.

These diverted Greenwich line trains means less trains on the Sidcup and Bexleyheath lines can stop at Lewisham at peak times. Bad news if changing for the DLR. It also results in stations from Westcombe Park and Deptford losing some peak time services.

With that stretch seeing a very large number of housing developments completing with others being built, pressure will rise. Deptford alone has seen substantial growth in recent years – often above 10% more passengers every year. The usefulness of the DLR is limited for many as it’s not too close to many residents along that stretch of SE line, and it already has its own capacity issues. The DLR network is growing at 8% per year.

Some substantial peak time gaps appear. Deptford and Greenwich arrivals from central London show a gap of 23 minutes between trains – with a 18:03 arrival at Greenwich then nothing until 18:26. It isn’t much better down the line past Charlton, even with a train from Lewisham added. For example, there’s an arrival at 18:23 at Woolwich Arsenal then a 17 minute gap until an 18:40. It will take one cancellation and very large gaps appear, with passengers very likely being unable to board. With some trains stopping at Woolwich Dockyard they cannot even use 12-car services across the board to help.

Once again the Department for Transport, which holds most of the power, has failed the area. They have not provided, or facilitated in previous franchise rounds or extensions, enough stock to ensure all trains will be maximum length, and despite numerous requests from Southeastern, some politicians and passengers, have continued to be very lethargic in coming up with any solutions.

Promised dates for announcements of additional stock, let alone the actual trains, have come and gone. All the time announcing or facilitating plans for more stock at almost every other franchise in the country. Then there’s the ongoing lack of infrastructure work to ensure 12-car trains can run across the network.

There’s lots of details to be derived from the timetables. You can check how it will impact you here. 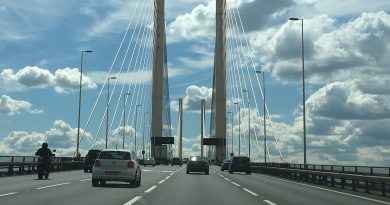 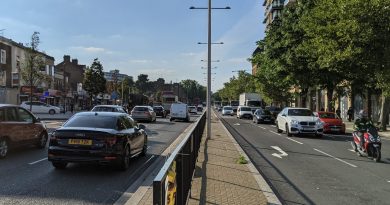 Registered cars in Greenwich borough rise by 7,000 in a decade

Plans to send all trains to Cannon Street abandoned – a smokescreen all along?