Historic England have just designated that Plumstead library be Grade II listed. This occurred on the same day Greenwich council ran a presentation of plans for Plumstead, that could include demolition of the entire library building except much of the front facade, which would have a large whole punched into it with probable removal of the central window and arch.

That facade is a crucial reason for listing, as the building has:

“an impressive principal elevation, well suited to the improving nature of the building, and built from quality materials with good detailing and workmanship that survives well overall”.

This would be compromised under council plans:

A ‘striking visual presence’ facing the High Street, plus indicative renderings of the scheme, clearly show a desire to substantially alter the frontage. I’ve said it before, but the existing building already provides a strong visual presence by virtue of being the most attractive building on the street.

The image below is indicative of the extent of demolition under consideration. Courtesy of Deborah O’Boyle at Plumstead People Facebook group: 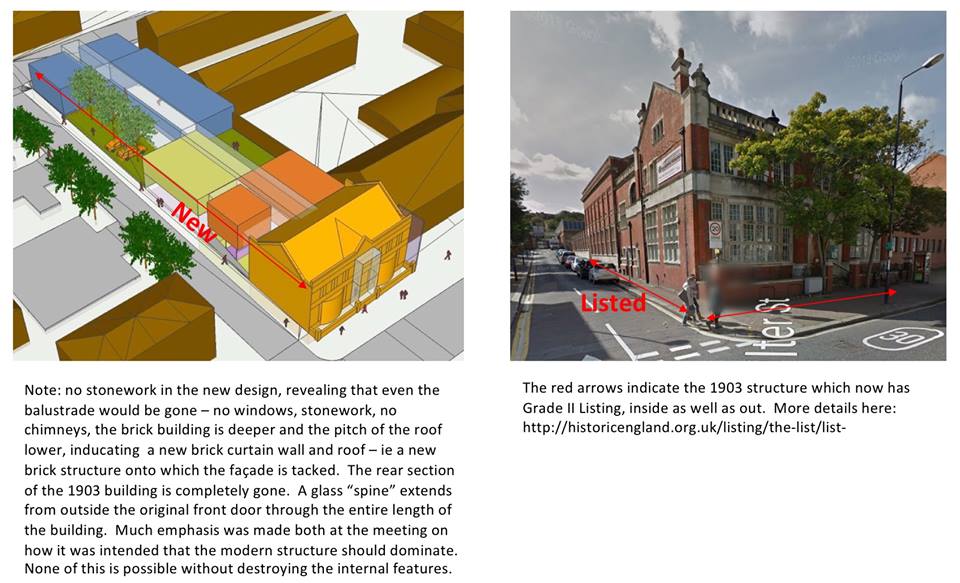 The more I look into the councils plans the more flawed they appear. The council is able to renovate the existing library and leisure centre for £800k under their own figures, instead of spending £11.2m on a new build. Renovation would reduce the need to move the library elsewhere for 18 months at a cost of £400k.

This would allow them to possibly retain buildings they seek to dispose, such as the attractive Kinara building, whilst still selling other sites such as the car park and former housing office which would bring in millions towards improving the rest of the decrepit High Street. Instead of millions heading towards a new build council centre, funds could improve the public realm by the station and High Street plus other nearby areas. The income could also be used as match-funding towards bids to outside agencies.

The issue with bidding on outside funds is crucial here. Something seems seriously wrong with Greenwich’s bidding procedure. Bexley have recently secured £16m outside funds for Erith from three funds. They put in £4m to help gain some of that outside £16m. Bexley council state that:

“In 2015, the regeneration team applied for funding to facilitate regeneration and growth in Erith. Three separate but linked bids were submitted to the GLA Growing Places fund, GLA London Regeneration Fund and TfL Major Schemes. The total bid value is in the region of £16 million with match funding bringing the total to nearly £20m. The team has now received confirmation that both the TfL and LRF bids have been successful and now await final confirmation from the London Enterprise Partnership of the final element. The funding will start to be available in April.”

Compare this to Plumstead – a similar town in terms of local importance – which has won the sum total of bugger all. Ahh, but they’re Tories and Boris is a Tory some will say. Nope. Staunch Labour boroughs Newham and Barking have also won millions recently. The partisan arguments don’t fly. Bexley council has many problems but one thing they get right is having a regeneration department that pushes hard for funds.

It goes without saying that securing external funding would reduce the need to sell the Kinara building:

However, it does appear to be lightly used, so even if it’s sold, income raised combined with greater levels of external funding would do a great deal across the town. Income from the sale could also be used to match fund applications. One part of Erith’s funding comes from the London Regeneration Fund. Bexley council secured just below £2m in January by agreeing to match fund the same amount.

As for proposed facilities within a new-build, could they be accommodated within existing buildings? There’s a substantial area upstairs within the existing library that was the borough museum until the late 1990s. It’s currently empty. That space could become the cafe and arts space they propose for the new build.

Finally, funding for improvements could also be sourced from Section 106 and Community Infrastructure Levy payments flowing into the council from numerous new developments. Peabody plan 1400+ homes. A small amount of income would do wonders. Many of the secondary town centres like Abbey Wood and Plumstead see little of developers cash – it mostly goes off into council pots benefiting a few select areas. This is different to many other local authorities who spend more locally.

So, the end result of all this would be a renovated gym and a library that retains its original features and attractive facade, a new cafe and community space and millions more available for the High Street than under current plans, Kinara sale or not.

I just hope this listing isn’t a reason for yet more years of inertia for Plumstead. Improving the station area, High Street and other nearby roads are desperately needed and should proceed regardless. Some small scale improvements will hopefully be under way soon and the new urban framework does have a great deal going for it. 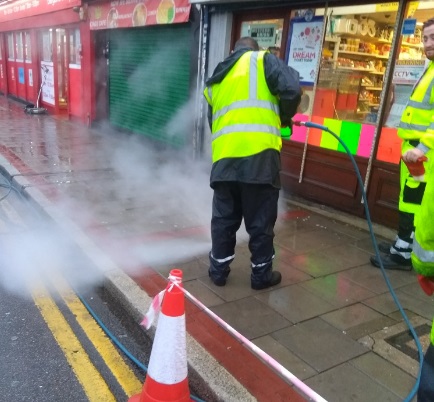 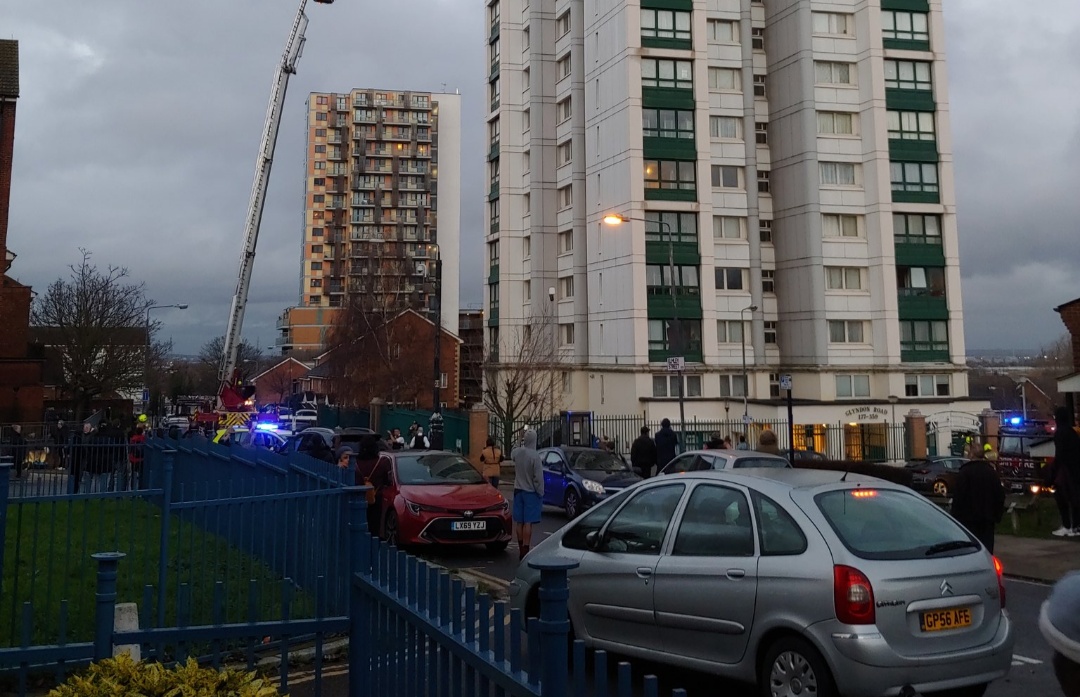