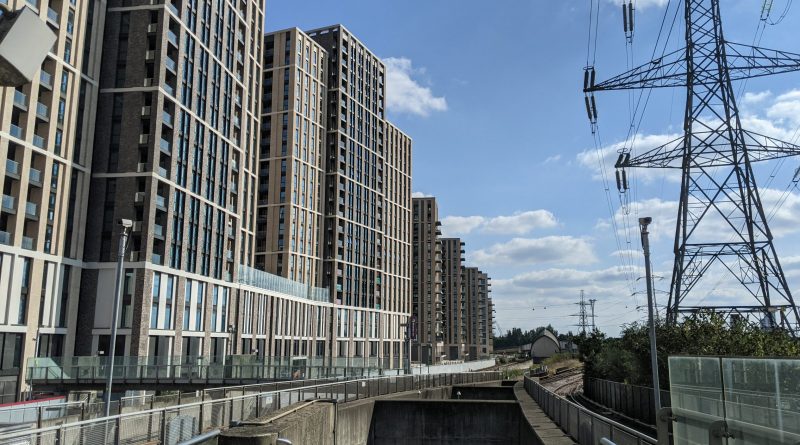 One of the most striking is Brunel Street Works which sees a Premier Inn hotel and a number of towers running down xx street.

Turn slightly to the left and another plot is rising: 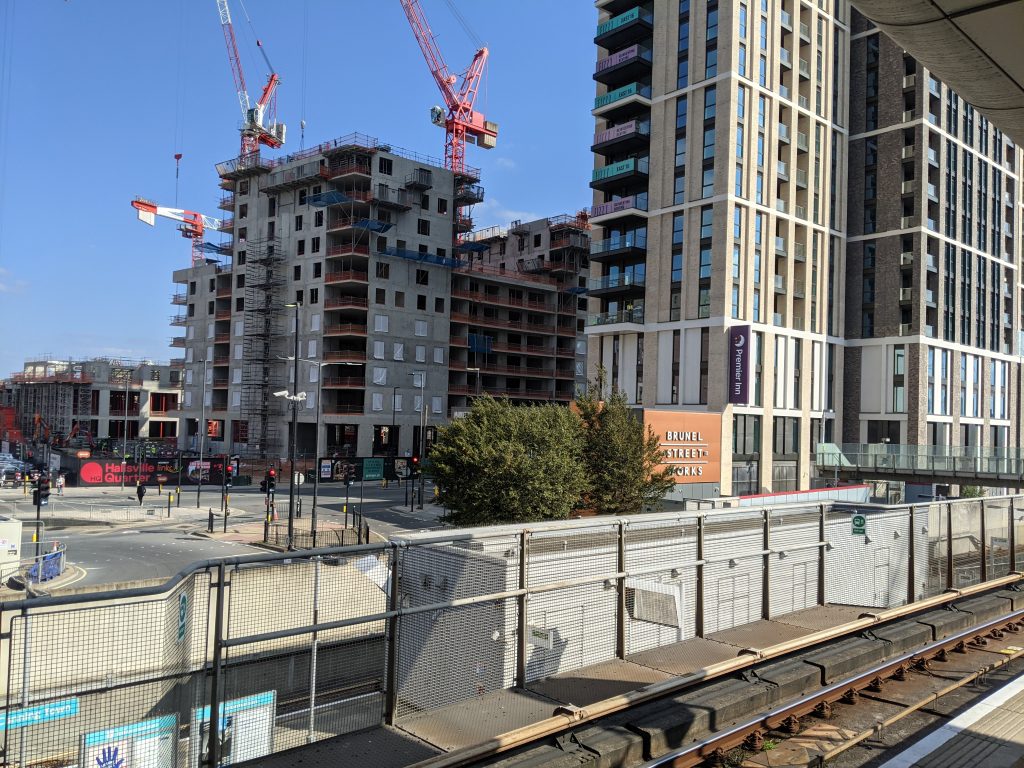 This is Hallsville Quarter. Part of the site is complete yet much remains to complete: 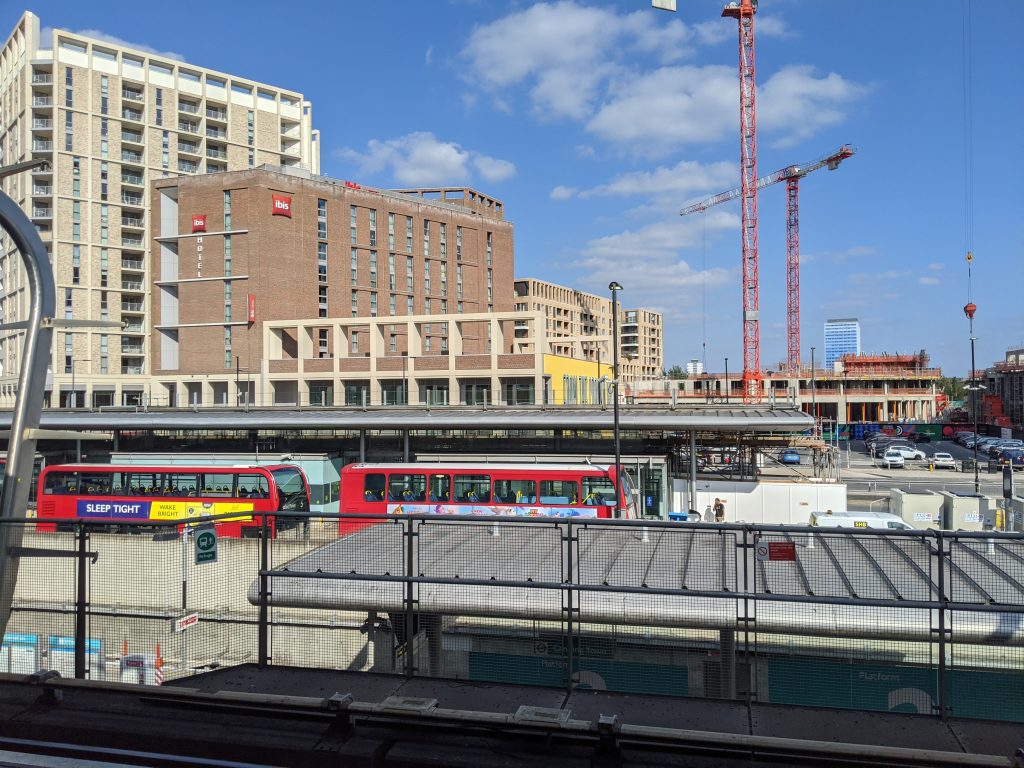 The entire development totals 1,100 homes. Both Brunel Street Works and Hallsville Quarter are a short walk from Canning Town station.

Do a 180 degree turn and we see the recently completed River Gardens, then beyond that more towers at Goodluck Hope: 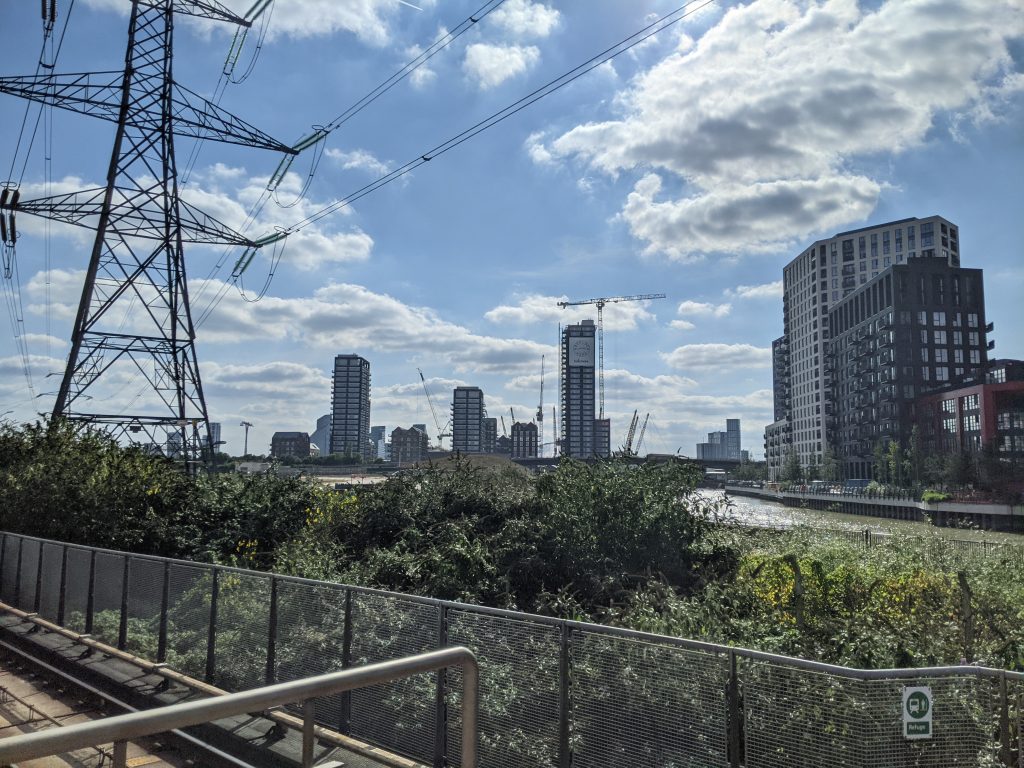 One thing that looks pretty cheap despite all these plots and thousands of homes is that no one has funded removal of overhead power lines.

This isn’t the end of plans in the area though. Oh no. There’s plenty more.

Funding has been announced today for a tower just west of the station.

This is a dense development of 800 homes named Manor Road Quarter topped with a 33-storey tower.

The site is to be developer by Muse Developments (behind Lewisham Central), Homes England and Legal & General (who have seemingly mothballed their Lewisham project).

Note, still no sign of anyone paying to hide power lines.

Other sites in for planning in the near area include

Then there’s the big plot at Limmo Peninsula. 1,500 homes are planned there at the former Crossrail construction site.

Canning Town then is set to be barely recognisable compared to a decade ago.

Well it actually already is, but they’ll be a time in the not too distant future when towers will be visible all around the station.

One thought on “Canning Town becomes a high-rise town”