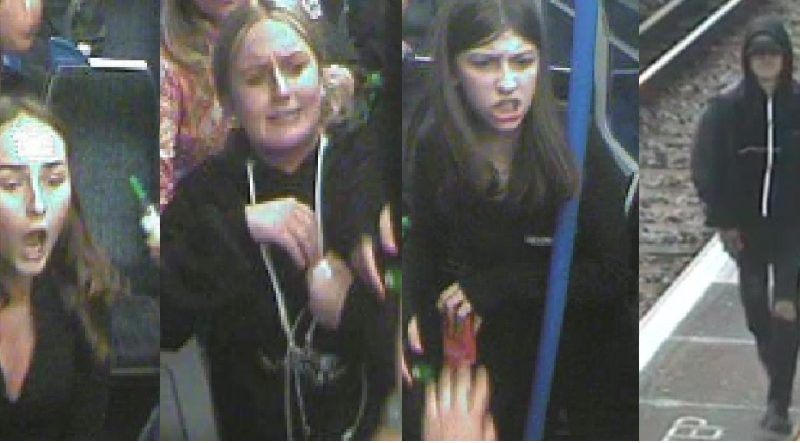 British Transport Police are appealling for help after further assaults on Southeastern Metro services which lack onboard staff and operate from stations lacking ticket gates and staffing.

Last week it was Woolwich Dockyard and this week it’s Slade Green.

In both incidents people were attacked with bottles. Three were hospitalised and others attacked.

In the first assault, both the victim and a group boarded at Slade Green station. An ungated and little staffed station.

The group begun yelling. Police state: “The victim asked them if they could quieten down a little before she was threatened by one member of the group who also barged into her.”

“The victim retreated to another carriage but was followed by the group who then started attacking her – kicking her in the head and hitting her with glass bottles.”

“She managed to get off the train at Erith station with other passengers who provided first aid before she was treated at hospital.”

The group remained on the train.

In the next incident a couple were on a train when a group begun being verbally abusive.

Again they were attacked. Police state: “A short while later, a girl from the group started attacking the female victim with a wine bottle before the rest of the group attacked them both.

“Both victims were pulled to safety by other passengers who were also assaulted by the group. The victims got off the train at Belvedere station and the group stayed on the train.

The victims were treated for facial and head injuries at a local hospital.

Officers believe those in the images may have information which could help their investigation.

Much of the Southeastern Metro network is unstaffed for much of the day and stations lack barriers. No staff are present on Metro services aside from the driver.

Slade Green station has seen hundreds of homes built in the nearby area in recent years. It sees a million passenger journeys a year. Well, those that buy a ticket.

It now appears government are set to remove thousands of rail staff across the country dragging service quality down to low levels seen in south east London and parts of Kent.

This latest incident adds to a growing list on trains and around stations recently.