Greenwich Tories have launched a petition on re-zoning Westcombe Park and Maze Hill from Zone 3 to Zone 2.

Unfortunately they’ve completely misunderstood who has the power to do this.

The petition is calling on TfL and the Mayor of London to make the change yet it’s not TfL who has the say on this but the Conservative controlled Department for Transport in Whitehall, headed by Chris Grayling.

If Grayling hadn’t blocked devolution of local rail services last year they would have a point but he did, so they don’t. 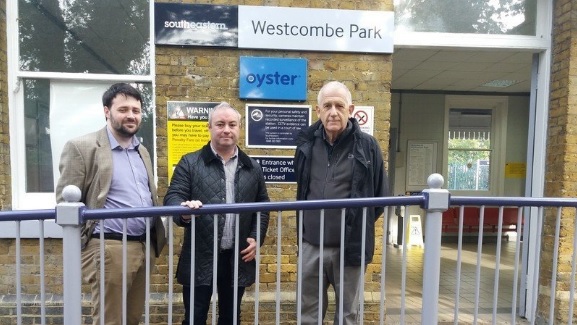 Last year before the general election, Greenwich Tories put out a barrage of tweets and publicity about local transport issues. Much of it was misguided at best. And it flopped. But why stop there? They’re now doing it again before this year’s local elections.

As many know, Transport Secretary Chris Grayling last year ripped up an agreement made by his Conservative predecessor Patrick McLaughlin with TfL to devolve responsibility for fares, services, carriages and staffing on Southeastern routes within London.

Hardly a vote winner. So local Tories went all-out on the issue of trains only serving one central London terminal. It always seemed a red herring as initially presented and sure enough it has been revised. And it did the Tories no favours. They lost big.

Fast forward a year and consultation on the next Southeastern franchise is ongoing. Many of the benefits TfL were looking to provide are noticeable by their absence.

For example, no promise of station staffing from first-to-last train to man barriers and protect revenue as well as increase safety.

No mention of joining TfL fare scales that would reduce fares.

Chris Grayling continues to be massive drag on electoral support. But south east London Tories seem reluctant to call him out.

Recently a debate was held in Parliament about the next franchise. Most SE London Labour politicians turned up and spoke – Matt Pennycook, Teresa Pearce and Clive Efford. The only Tory was Chislehurst and Bromley MP Bob Neill, who has been vocal with his criticism of Chris Grayling.

If more took a leaf out of Neill’s book they may have more success with the electorate. Local Tories do claim to support devolution to TfL but are hardly shouting about it.

In many ways it’s an open goal. Though SE London Labour MPs are good with rail issues Labour Greenwich Council are not. They could have publicised many of the benefits now likely to be missed by blocking devolution but have been pretty much silent.

A more independent streak within local Tories would assist them with the electorate. As it is, only a few are and it hurt them last year, and will do so again.