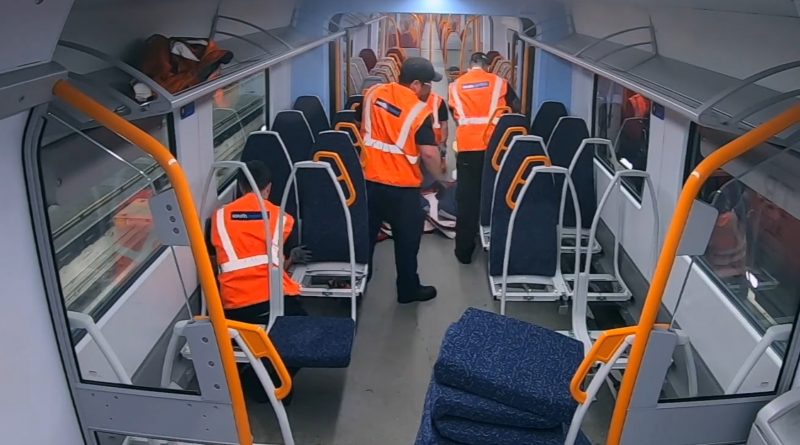 With Southeastern’s “new” trains coming over from South Western Railway and due to begin running in service from September, the company have released a video of work being undertaken and money spent altering the inside of the stock, despite the trains being just three years old and still in excellent condition.

Southeastern are replacing all seats inside from red to blue. One does wonder is any passenger will care what colour the seats are – particularly when the rest of the fleet serving suburban routes are in such poor shape.

Walk through the bulk of the Networker fleet on any given day and you’ll see how neglected many appear.

Seats are often falling off and ripped on the older Class 465 Networker trains.

These trains are nearing 30 years old and look it. Trip hazards from bubbling flooring is often seen.

Yet money is being spent on altering the interior of a train barely three years old.

There’s also the issue of choosing a corporate colour (from red to Southeastern blue) when the franchise system is dead. What’s the point if standardised colours are introduced in the near future – as is starting to happen with station signage?

On the Networkers floors are still bulging even after repair work and a light refresh in recent years:

The general feel is one of grime, dirt and a lack of care and attention. Not always a pleasant place to be.

I expect the same reason not to carry out even regular deep cleans is the same heard for at least a decade; they’ll go soon. But will they?

And then there’s the newer Class 376s. Now getting on for 17 years old, and another fleet that’s never seen a substantial interior refresh.

These don’t look as neglected as Networkers though the seats are getting pretty threadbare.

With the railway attempting to attract back passengers, improved interior ambience is a key factor especially for leisure passengers. So why spend money to upgrade trains already in good condition, yet leave many in poor state as they are?

PR and press releases are perhaps one reason. Yet everyday passengers – or even occasional leisure travellers – won’t be fooled. Most of the fleet needs investment – and it isn’t the new trains vastly outnumbered by the older stock. 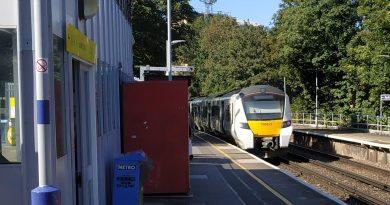