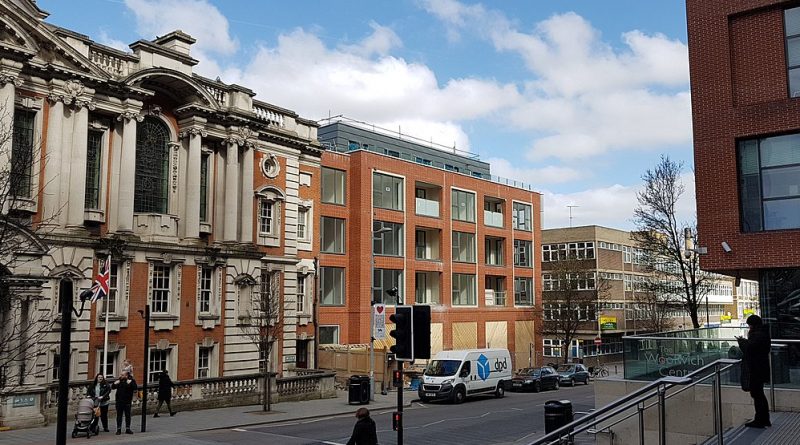 Developers are back with another application to install a school on the ground floor of a new block of flats beside Woolwich Town Hall.

An initial plan was recommended for refusal by planners before lockdown begun. I covered those plans back in December last year.

One reason for rejection was: “In the absence of any D1 details relating to pupil numbers and outdoor space the proposal fails to demonstrate that it does not negatively impacts the adjoining highways in terms of pickups and drop offs and how the quality of education provision would be acceptable and compliant to the Education guidance and standards”.

A letter in relation to the prior application was uploaded on 29th April 2020 stating:

“By day the school will operate as an alternative provision (AP) facility, offering special educational services to students with a higher degree of social, emotional and behavioural needs and who have been excluded from mainstream education”.

There would no playground at the site. The application states:

“We recognise the lack of outdoor space at our premises and as such have designed teaching timetables to incorporate physical education classes with more-than sufficient time to transport students to and from nearby parks (Barrack Field & Woolwich Common are two locations that we are considering).”

“It is also intended that the double-height and abundant canteen space will serve
both as a break area for students and an area for light exercise during breaks with table-tennis and foosball tables.”

The developer responds to the previous recommended rejection with:

“The addition of D1 would provide a more versatile offer to the market
with the aim of attracting a viable use for the ground floor. As the specific user under D1 is not known, any details required can be appropriately conditioned for approval prior to that use commencing.”

However, back in December I noted Sumus are listed on plans as the group who will operate the school. They’ve since written to Greenwich Council as noted above.

They have a website presenting information as though permission has already been granted. The company is registered in Stockton on Tees with some of those behind the company having a long list of company directorships including Paradigm land.

Paradigm land were developers behind the new-build flats on this site. The Paradigm land website states in regards to one of it’s developments in Bromley:

Samus have added additional pages to their website since and still portray themselves as opening despite no planning approval. One page on the website specifically lists this location of Woolwich with a map. They claim they are “opening throughout London” despite no links to any other site on the website – let alone one with approval.

The application states: “We wish to point out an error in the officer’s report which refers to the education use having been commenced. This is not correct and the premises have not yet been leased to the education provider.”

The D&A Statement also states they could not let commercial space due to the “isolated” nature of the site, which overlooks hundreds of new flats directly opposite plus council offices.

A “tertiary” location is also given as a reason gyms could not operate.

However in the Planning Statement the application states:

“There are a number of shops and public amenities located within close proximity to the property.

The site is surrounded by a number of shops, cafes and restaurants as it is located within the Town Centre of Woolwich.”

They state they did not use advertising boards on boarded up windows as it was not useful to do so.

The application to change to D1 use would also permit use for “medical and health services, as a nursery, to display art, providing education, as a library, public hall or for public religious worship.” 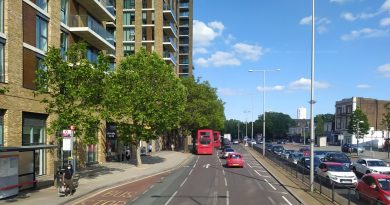 10 thoughts on “New application for school beside Woolwich Town Hall”