Posted by fromthemurkydepths on January 22, 2020 0 Comments 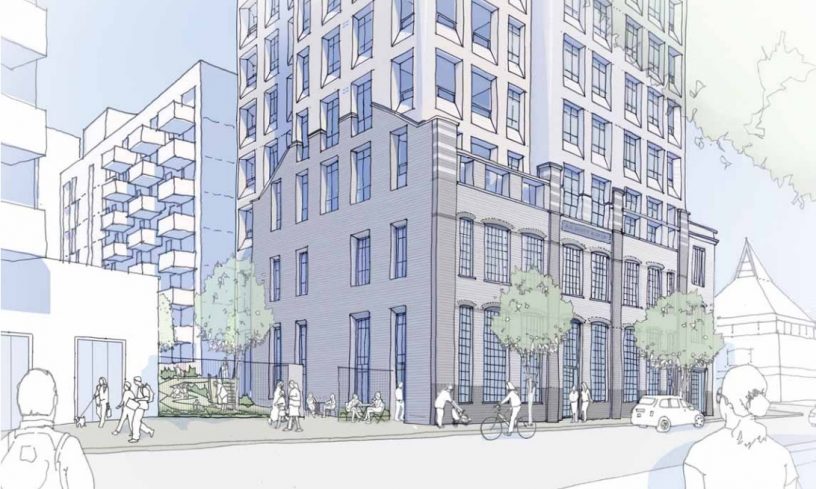 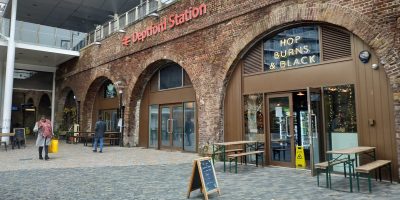 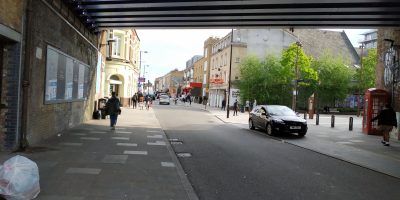 Plan to build a 27-storey tower in Deptford on top of a Victorian building are due to be decided by Lewisham Council’s Planning Committee next week.

Scott House would see a residential tower built above a retained facade with 137 flats contained within. Affordable housing is 27.59% (by habitable room). 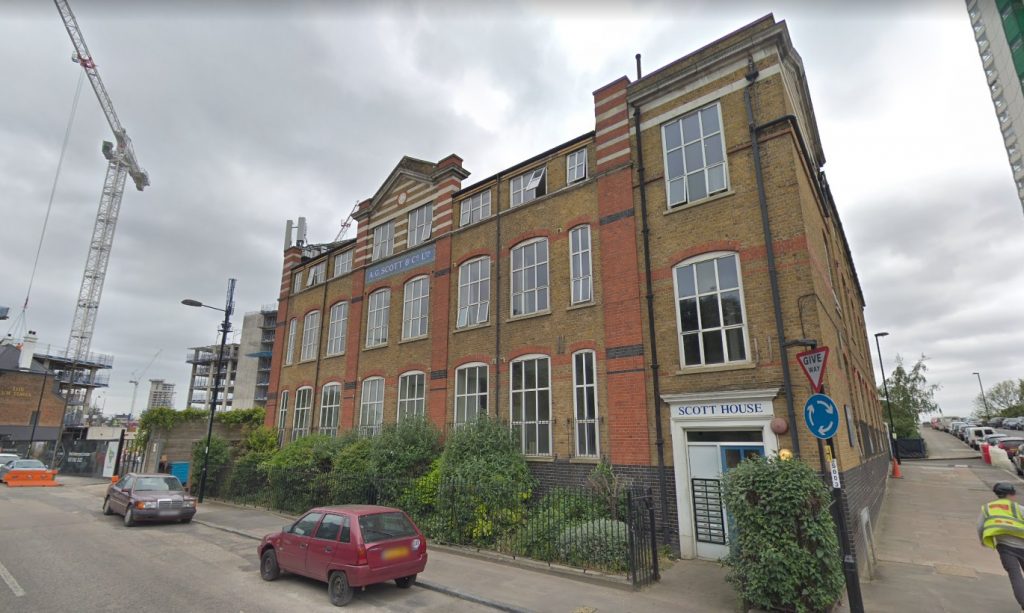 The tower would be clad in brick and feature a roof garden. 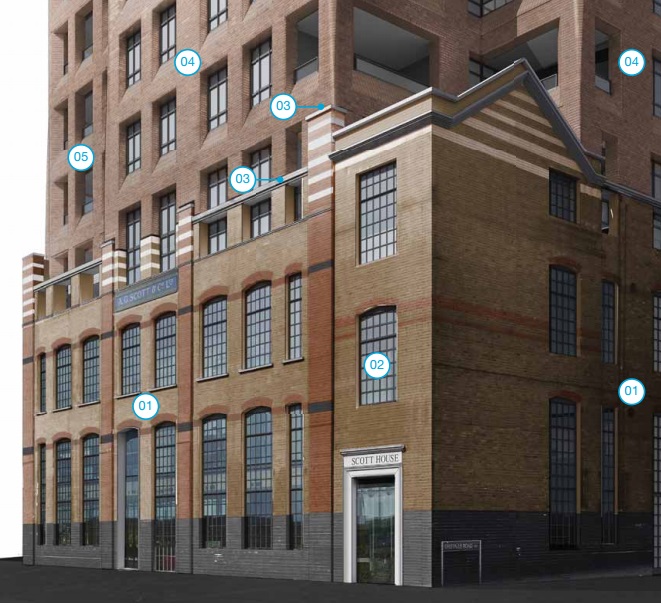 The concept of retaining facades with new building built above and around has come under increasing scrutiny in recent years. 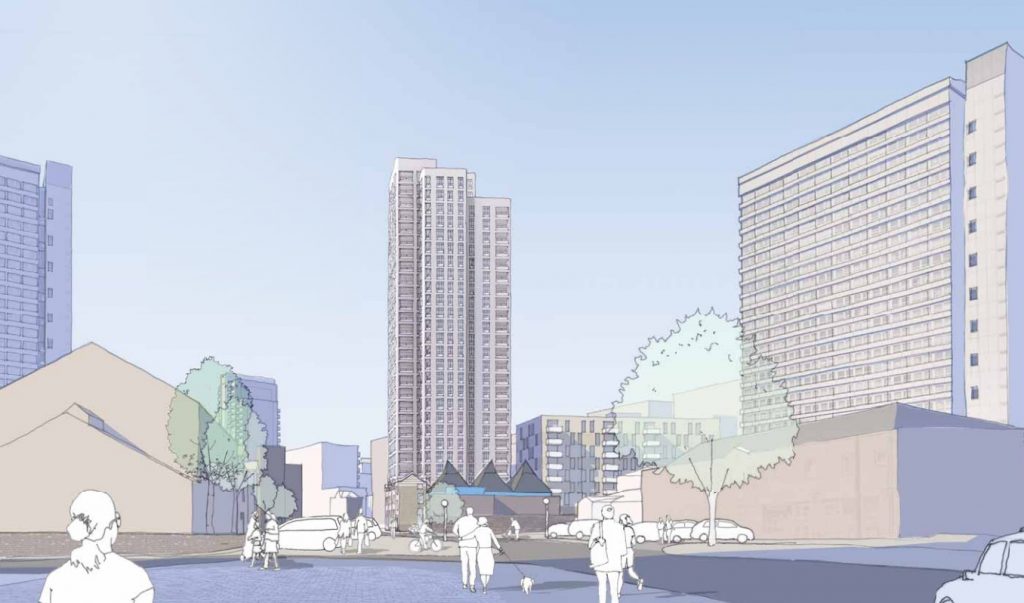 The site is beside tall post-war flats on the Pepys Estate as well as the Timberyard development from Lend Lease.

Timberyard will eventually see 1132 homes including two 24-floor towers. Beside the Timberyard is Convoys Wharf which is due to see 3,500 homes.

Deptford station saw a 70 per cent increase in passengers last year. Expect a few more yet.