Greenwich’s Planning Board tonight approved a new 28-floor tower in Greenwich by five votes to three.

Back in September developers of the block at Ravensbourne Wharf alongside Deptford Creek revealed revised plans with an increase in flats from 111 to 129.

The approved scheme tonight will see an adjacent estate yet again ignored. Developers will pay large sums of money to Greenwich Council to mitigate development, yet the council have decided just £7,500 in Section 106 money should go towards the Thornham Street estate directly opposite. It’s been ignored time and again as new builds surround the site.

If Greenwich Council want an “us and them” mentality to take hold they’re going the right way about it.

Those living in long term neglect will be sick to see more money pour into council coffers as they’re ignored yet again. What does the authority have against looking after estates and good quality public space for communities?

Greenwich Council have however managed to find another £129,550 for Greenwich Local Labour and Business (GLLaB).

Another contentious point is the low level of “affordable” housing which City Hall have criticised. Just 20 per cent of future housing is at that level, and even then costs for a 1 bedroom flat will be £1,109 per month.

The new block is far removed from the standard London block seen rising. I’m rather keen on the design which breaks the Creekside monotony of box after box.

It should open up a new Creekside walk but the same was said of previous developments – and they’re still locked shut to the public years after completion.

New residents will also see a bus lane removed in this area during 2020 slowing journeys from Canada Water tube station to the site. On the plus side a new segregated cycle lane will be installed towards Tower Bridge.

Alongside S106 money the development will also bring in hundreds of thousands of Community Infrastructure Levy income. Last year Greenwich barely spent any aside from commitments they had to meet leaving £3,494,119.84 unspent.

It will also bring in large amounts relating to the New Homes Bonus scheme. For homes built last year Greenwich Council will receive £11.9 million from that fund over the coming year.

Anything for estates though? Don’t count on it. Residents, particularity those in unfashionable estates, don’t seem to matter. Just today I covered a new consultation for Thamesmead and Abbey Wood looking at changes over the next two decades.

Despite years of discussion, Greenwich Departments and Officers can’t have pushed hard to help the long deprived Abbey Wood estate during talks as it’s almost entirely ignored in plans covering the next 20 years. It’s another area where new towers have seen very little allocated towards an adjacent estate. £1.3 million of S106 income in one instance.

Eltham Cllr Nigel Fletcher (Conservative) voted against and raised the issue of S106 allocation. He states they were told – again – that S106 can only be spent on the site itself and immediate area. “Site specific” they state. Well, the estate is directly opposite. New residents will walk through to reach transport connections.

This “site specific” line is one used for years both before and after S106 changes. Other councils do use S106 to assist estates beyond immediate sites of development.

This site has numerous new builds on all sides. And looking at Greenwich’s S106 spending and allocations last year shows they use S106 income beyond the immediate site location.

Still though they persist in ignoring many estates, parks and public spaces.

Greenwich: A walk around the new developments 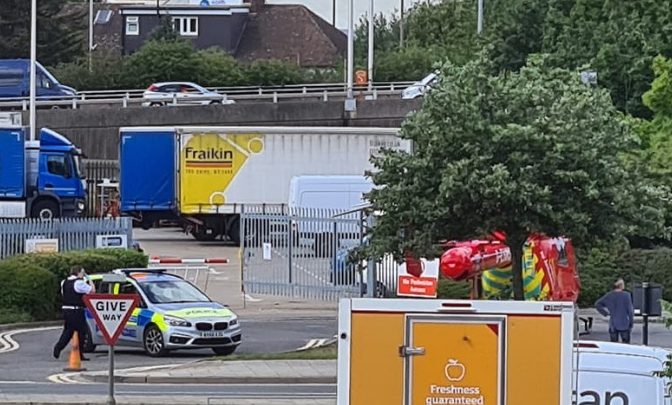