Some major changes to Greenwich Park are before Greenwich Council’s planning board on 1st September as part of a £10.5 million project.

The planning application gets teeth gnashing by describing the park as being in east London. It’s branded as Greenwich Park Revealed and took a step forward after the awarding of £4.5 million from the Heritage Lottery Fund earlier this year.

One of the biggest changes involves work on the slopes leading down from General Wolfe’s statue beside the Royal Observatory.

The plan is to remodel the area offering views across London. Trees will be planted on new embankments and others removed opening up the view to and from the Royal Observatory. The idea behind it is to do so because it was like that 400 years ago – before the steps collapsed.

No more sliding down here in the snow, and don’t expect easy access to the newly created steps. Well, they state people could still sledge down but it wont be the same. The plan states:

“To sustain visual connectivity but regulate physical access, railings will be installed at the foot of the escarpment.

Public access to the Grand Ascent will be granted but will be periodic and an
operational matter for the Royal Parks”.

A chance to charge visitors perhaps or stage events on the steps and area at the top of the hill?

The idea to alter the slope into “giant steps” has rumbled around for a long time but it is revealing how quiet the Royal Parks are about it. There is no clear visualisation in the Design and Access Statement.

In fact, it’s hard to find out much about the plans at all. A Royal Parks website that used to include information is now offline.

“The intention is to restore the layout of six giant grass steps suggested by the
Woodlands Plan and to align this with the outer tree avenue running south
from the Wolfe Statue to Blackheath Gate”.

Like the Murky Depths? I read through planning documents in depth to highlight issues most media outlets do not cover when they reprint press releases. To help me and the site continue, you can become a sponsor here or make a on-off Paypal donation here.

Ten parking spaces nearest the statue will be removed alongside nine trees to create more space. 13 new trees will be planted.

The planning application states changes to improve access in this part of the park located in the north west of the site:

“Access to One Tree Hill is currently restricted by sudden changes of levels and cross falls on the main access path. A new dual footpath is proposed with one footpath giving access to the platform through a short flight of steps and a longer circular path taking a more gradual approach.

Stopping points will be installed on the access footpath. Two trees of poor quality
will be removed from the escarpment, enhancing visual connectivity to the
boating lake to the north and the hill. New signage and interpretation will be
installed to present and explain the view from One Tree Hill and its historical
contexts.”

A controversial element is removing trees. The plan states:

“Visitor dispersal is a key objective for Greenwich Park Revealed. The escarpment facing the hill is currently over-stocked with trees, many of which are in poor condition or which are likely to succumb to disease.

Removing poor quality trees will enhance the health of better-quality specimens and forge better visual connectivity between the hill and footpaths running along the northern boundary to the site. This connectivity will be enhanced by planting on the edge of One Tree Hill.

The principal tree on One Tree Hill be unaffected. The current bench seat
with its distinctive inscription will be restored and retained.”

Part of the project appears to be to gain extra revenue. One way to do this is to create a cafe at Vanbrugh Lodge which seems a decent idea. It states:

“Vanbrugh Lodge is currently a small three-bedroom house that is owned by The Royal Parks and rented out. It is proposed to convert the existing house into a small cafe to serve the users of the park at the south-east corner, an area that doesn’t currently have any catering provision either inside the park or in the area immediately surrounding it.”

Royal Parks recently announced the closure of through traffic which followed on from plans submitted in February 2020.

The application states that 74 per cent reach the park on foot and 26 per cent drive into the park, and so “51 parking spaces will be removed as part of the Greenwich Park Revealed project to enhance public realm quality at the northern end of Blackheath Avenue and at Blackheath Gate”.

There are a number of other changes proposed including the removal of some paths, alterations to others and work on educational facilities. You can view plans here.

To help me and the site continue, you can become a sponsor here or make a on-off Paypal donation here. 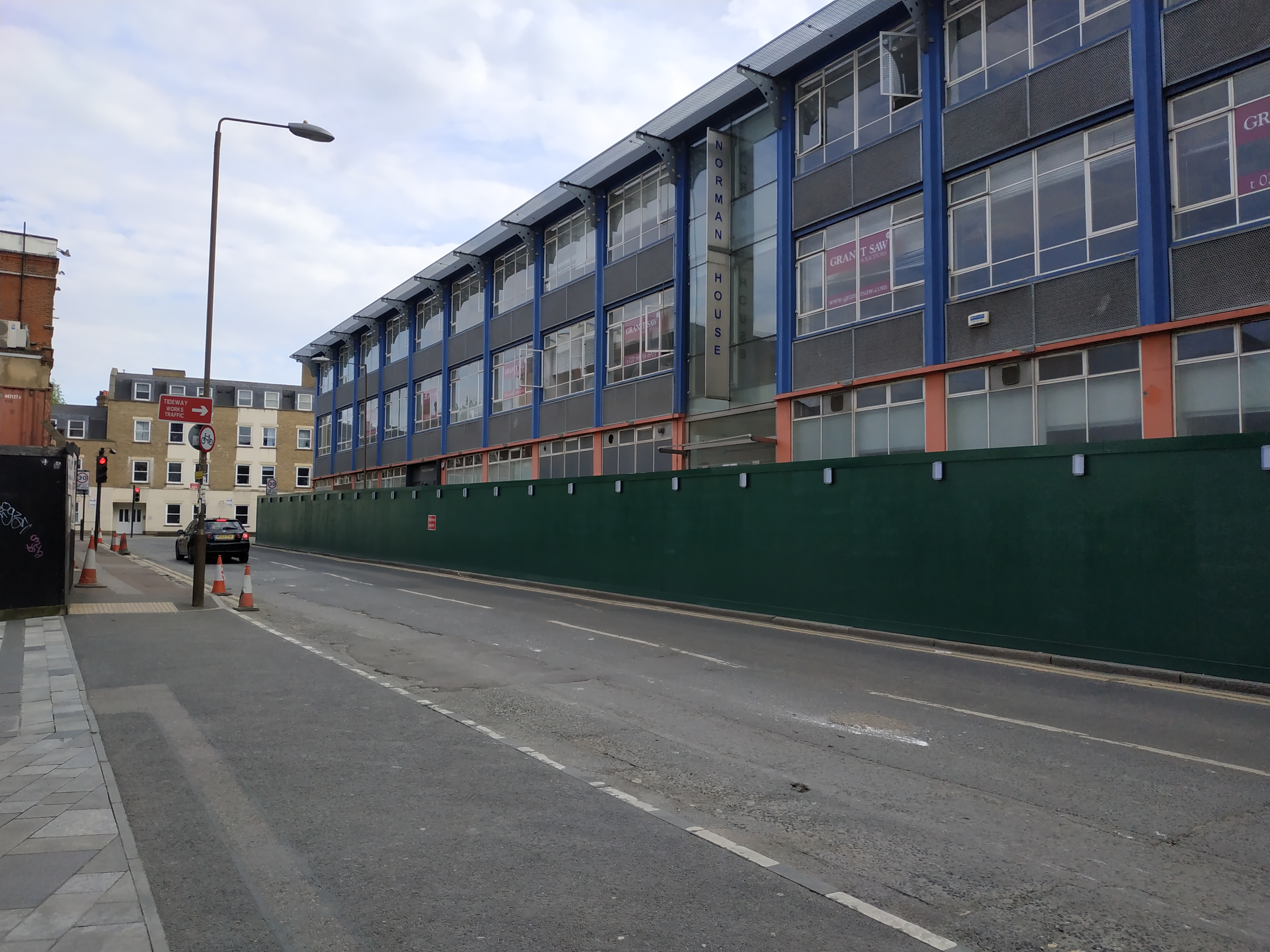 Plans in to demolish Greenwich gasholder