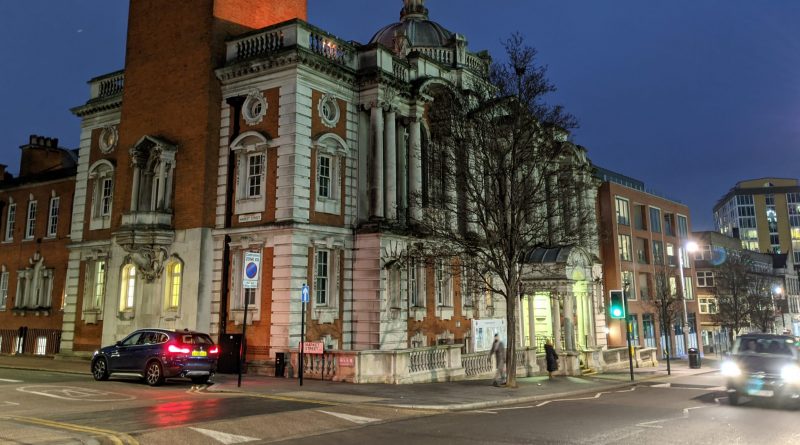 Over recent weeks the latest figures have been gradually released showing income received by local authorities in 2020/21 from the Community Infrastructure Levy, which funds key services in local areas.

As the figures come out it’s become clear that Greenwich are once again seeing far less income than others, continuing a trend seen since the fund commenced in 2015.

This is far from a comprehensive number of councils which have revealed totals for 2020/21 and I’ll be keeping tabs on all London boroughs as they reveal details, but so far the list looks like this:

This follows on from last year (and most years since 2015) with Greenwich at or around the bottom of all London authorities:

Despite this clear and ongoing problem some Greenwich councillors appear to deny it’s an issue.

Linda Bird (Labour – Eltham North) tweeted that highlighting the issue and the impact that minimal income has on meeting Crossrail payments and impacts upon other areas was “misleading” and “distracting”.

It’s certainly not misleading to highlight that Greenwich have long standing relating to securing income from Community Infrastructure Levy funds and new developments in the borough and have missed targets on overall income (£9.7m v £27.5m between 2015 and 2021). They could well do so again which threatens reaching their repayment target for Crossrail costs in Woolwich.

An extract from the authority’s own report CIL report released in December 2021 show they do still owe £8 million to TfL:

It shows a remaining balance of £8,082,747 owing to pay off the Crossrail tab. And why is that important? Key areas have and will not see money until that deadline is met.

Despite being shown the evidence in the December 2021 report showing a remaining balance of £8,082,747, Cllr Linda Bird doubled down and was still claiming the £8m figure and subsequent lack of funding for other key areas was misquoting and misguiding people:

So what can CIL income normally be spent on? Well, it can be used for a wide rage of projects, from health, education, estates, public realm and town centre improvement, transport and much else besides.

Councils have a wide scope of different areas to spend funds, with Dartford last year allocating most to a road project while Brent invest in colleges and medical centres:

Despite Dartford’s main chunk of funding going on a road upgrade, sizeable sums are also going towards a nature trail and pedestrian improvements in other areas.

In Greenwich meanwhile, the borough has (somewhat unfairly) had to pay £15 million for Woolwich Crossrail station. However, given they’ve seen so little Community Infrastructure Levy revenue since 2015 and missed their estimated income they look unlikely to make the repayment deadline. In addition, such small income levels ensure many other areas of potential spend have seen no funding and will continue to see no funding. This may be an inconvenient truth to the ruling party, but it’s happened and will continue to do so.

One reason is that back in 2015 Greenwich chose a low CIL rate to levy to developers. It’s £70 per square metre for new homes in much of the borough and £40 psqm in the east. Those levels are below many other London boroughs.

They then failed to revise rates upwards as seen in other boroughs since 2015. That’s despite estimating in 2015 they would receive £27.5 million by 2021 to pay off Crossrail and leave income for other improvements and it became clear by 2018 that was unlikely at those low rates. By 2021 they’d received £9.7 million.

Brent, for example, have seen £90 million in total since 2015/16 – and this isn’t including this years figures which they havn’t yet released

By last year it was clear things were amiss in Greenwich. £1.3m last year and £1m this year is relative peanuts when London boroughs are seeing tens of millions.

Greenwich Council’s Scrutiny Panel decided to have a look back in September 2021 and a cursory examination featured in a council report revealed issues. They found £1.8 million not collected by using basic techniques such as Google Street View. It also showed they lacked staffing to manage the issue. CIL rules permit additional funding for staffing but Greenwich never used the full five per cent for CIL administration as many authorities do.

A report drawn up for councillors also contained misleading data painting the borough in a better light by not using like-for-like time periods.

At the time of the meeting comparable figures were actually Greenwich at £8.4 million and Lewisham at £15.9m.

Greenwich officers stated they had secured more revenue than neighbouring Lewisham, though that was only achieved by including the latest year’s figure for Greenwich and ignoring Lewisham’s latest year. If that was included, Lewisham were ahead by around £4 million.

So there’s clearly a lot of issues here. The website IanVisits recently covered the Crossrail shortfall. He was quite kind to Greenwich in my estimation, as it looks like Greenwich may struggle to make the Crossrail payment by 2023. The latest Greenwich annual CIL report shows they’ve paid £8 million of the £15 million total, and have £4 million unallocated CIL income since 2015 they will use to top that up. That leaves around £3 million to pay in a year. Given they saw just £1 million last year and £1.3 million CIL the year before, will they make it?

For most authorities £3 million from CIL income wouldn’t be too difficult to find based upon average annual income since 2015, but most never pushed for such low rates to be levied to developers, failed to then revise them and then allocated inadequate funds for administrating the fund.

Which now brings us back to the past couple of days and may explain why this clear failure over so many years continues. Some Greenwich councillors appear to be in denial anything is wrong when Conservative councillor Spender Drury quoted IanVisits.

The default move is to blame central Government cuts. Few will argue cuts have been highly damaging in a wide range of areas, yet what most council’s do is fight against them while seeking all available sources of income to mitigate where possible.

For Greenwich Council’s leadership it’s often a case of complain and yet do little to mitigate via a major potential source of revenue in the Community Infrastructure Levy. It’s baffling. At a time services are stretched they’re not capturing what can help at such a difficult time. If we look a similar London boroughs and income since 2015, it’s a shortfall of tens of millions.  Receiving the London average since 2015 would have seen Crossrail long paid off and tens of millions now available for a whole swath of areas.

Santander cycle expansion perhaps? Or greater investment in parks and estates. Greenwich are currently spending £1 million on parks after decades of neglect in places like Plumstead. A well managed CIL could have doubled it. Tripled it. There’s plenty of poor quality green spaces still around such as Abbey Wood park. A borough-wide tree planting programs is underway in Islington and Brent, for example, using income from developers.

I’ve recently covered Greenwich drawing up another carbon report, with one aims being to improve pedestrian routes. Like previous reports, it rarely translates into actual investment. It could have if they managed this fund well.

Even if Greenwich now attempt to revise up low CIL rates it could take up to 18 months. When all is said and done tens of millions of potential income has been lost affecting every single area of the borough and just about every public service there is.

If we think of what good is being done in the borough with libraries, tree planting, park projects and more, it’s frustrating to think that could be greatly increased with improved CIL income. The means are there to do it.

That this has gone on this long, and that even today some councillors in the ruling party attempt to deny what their own council reports state is a sad indictment of years of failure. Rather than question or query some blindly state highlighting the issue is “misleading”, stick fingers in ears and blah blah blah their way through.

The other major source of income which I regularly cover – Section 106 – is not making up for it either in terms of income or where that’s allocated.

As more councils release their latest CIL totals I will collate into the table. Will any London council be as low as Greenwich?