Posted by fromthemurkydepths on December 6, 2019 2 Comments

An application has been made to build 324 homes at a long-vacant site owned by Lewisham Council on Besson Street in New Cross.

The site is owned by Lewisham Council and lay empty for 12 years since buildings on site were demolished. Council housing was pulled down alongside a pub and builder’s merchant yard. Plans in 2009, seen below, went nowhere: 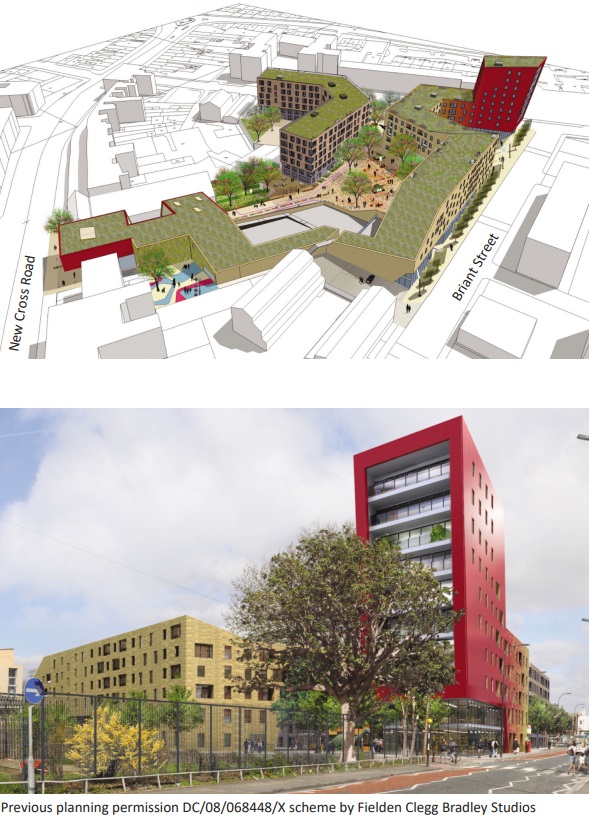 Alongside homes under the new plan will be shops, a pharmacy and GP surgery. Blocks will range from three to twelve floors in height. This proposal is a joint venture between Lewisham Council and Grainger.

The New Cross Road frontage is in keeping with existing buildings, with new footpaths through the site set to be created. Red brick and gold balconies are predominant colour palette and material.


Community space will be provided within the new development. According to plans:

“The proposal provides the New Cross Gate Trust with a new space for gatherings and activities such as community events, shows, meetings, clubs and classes and with a new office.” 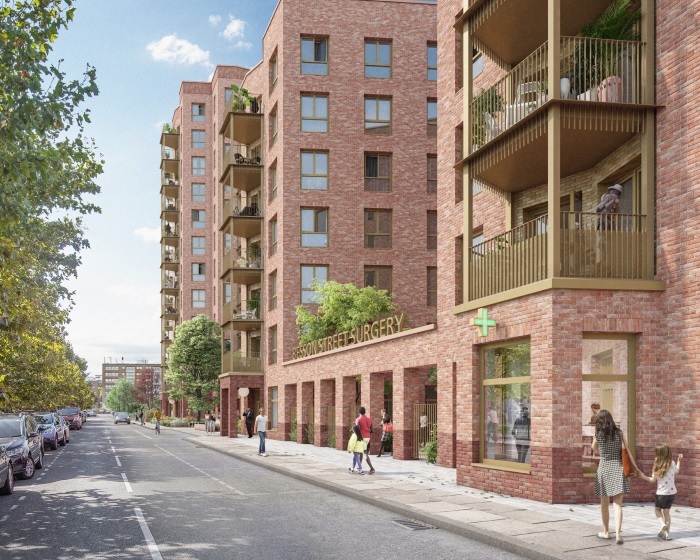 Community space is located on the ground floor of the tallest block on site.

After six years lying vacant Lewisham Council identified it as suitable for mixed-use development in mid 2013. Six and a half years on and finally there’s a planning application. Just as well there’s no housing crises and a sharp rise in homelessness eh?


As for affordable housing, 35% of homes created will be ‘London Living Rent’ levels. That tenure is the higher level of “affordable” housing set by the Mayor of London and above traditional council housing levels, as well as the new ‘London Affordable Rent’. 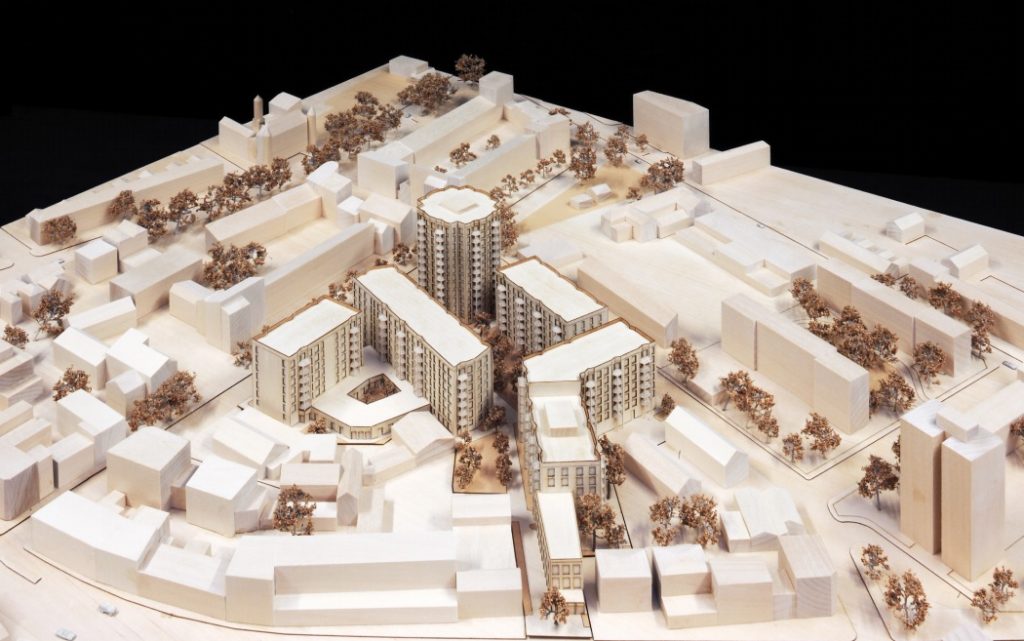 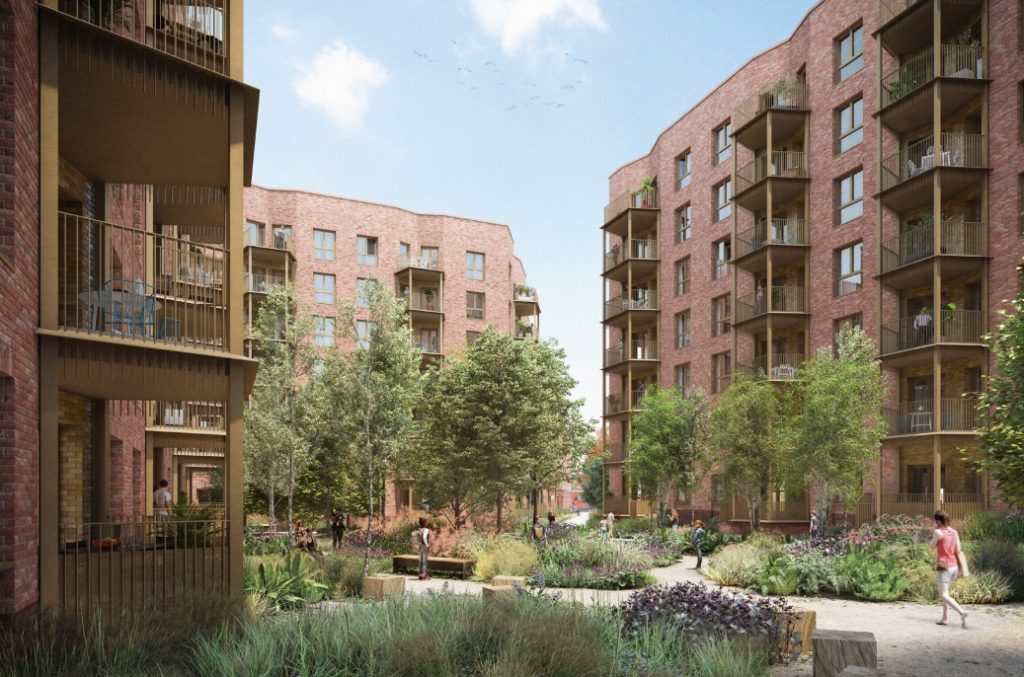 The application states that a viability assessment concludes that including a GP surgery and community space gives an opportunity cost equivalent to providing 50 per cent “affordable” homes.

The development is predominantly car-free with residents expected to use public transport or cycle. There are 10 parking spaces for disabled residents. The London Overground is expected to see a boost in trains per hour in the peak through New Cross Gate and Peckham Rye in coming years. Southeastern have no confirmed improvements.