Posted by fromthemurkydepths on May 30, 2019 6 Comments

Pretty much every single one I’ve ever seen was revised up in terms of homes, and sure enough the 2015 Greenwich Peninsula Masterplan for over 15,000 homes – which was already seen a vast increase in planned homes from before – is now looking like it’ll be increased by 1,750 homes to over 17,000.


That new total is to be reached by removing previous plans for a film studio. New homes are not bad of course given a rising need among many people, but as totals rise ever higher questions of infrastructure inevitably raise their head. 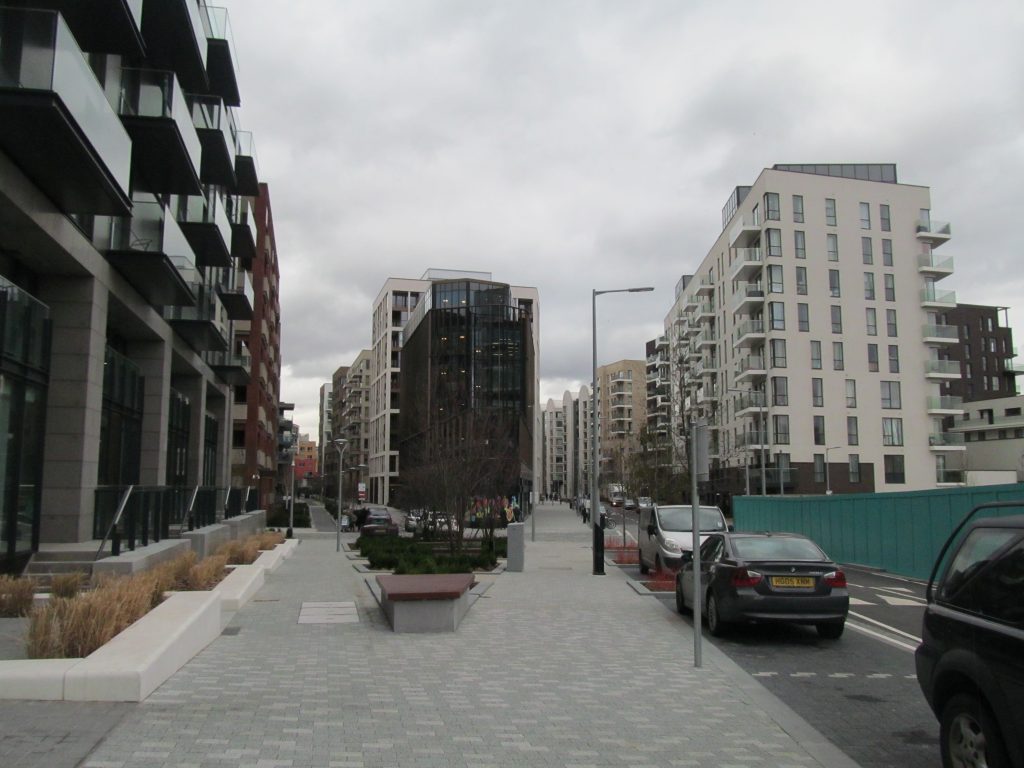 Add in other major schemes in Greenwich such as Greenwich Millenium Village and Morden Wharf and homes across the Peninsula will be over the 22,000 mark. Charlton Riverside will see another 7,500 (before the inevitable revision upwards). 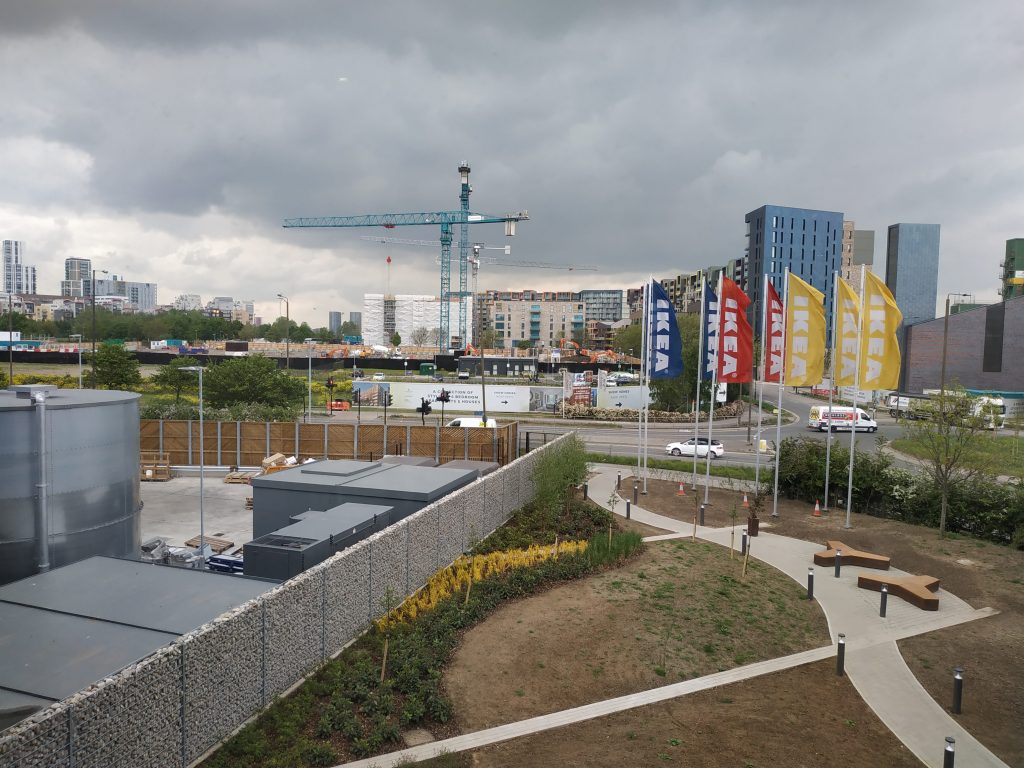 Looking towards new phases of GMV

In consultation documents on the current uplift developer Knight Dragon refer to people asking them in 2015 to “get on with it”, then pat themselves on the back regarding progress since.

True, they got off to a good start in terms of numbers after a dire previous 10 years under Lendlease but that ground to a halt two years ago when all residential plans stopped. Once current towers complete there’s no schemes to follow. 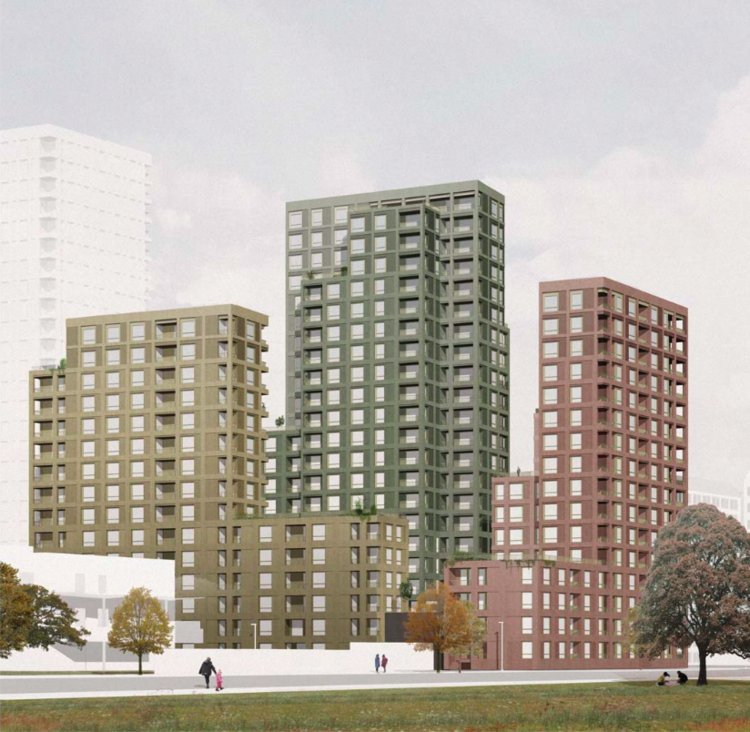 And now they’ve gone back to the drawing board on plans approved over two years ago meaning further delay – and those schemes were shovel-ready.

Commercial use still seems limited in much of the Peninsula. Many residents in Lower Riverside and nearby Greenwich Millenium Village constantly lament having few/no good local stores on their doorstep – which given high density is a valid concern. 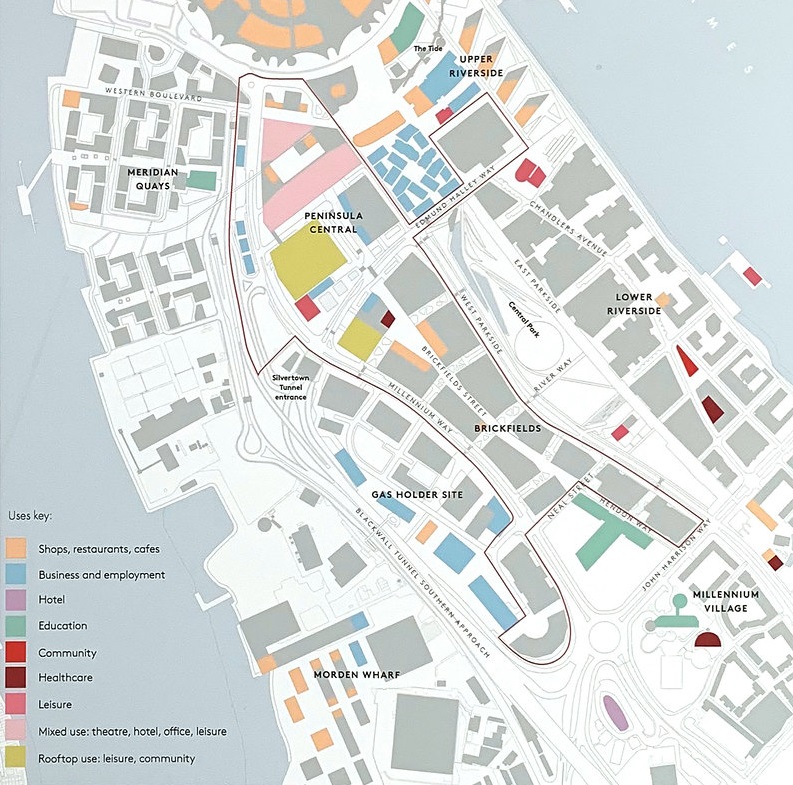 There’s still big swathes without commercial space in new plans. Traipsing to tourist-filled o2 square Tesco or across dangerous and busy dual carriageways to Charlton mega stores is not exactly appealing for a pint of mil and essentials.

Edmund Halley way looks to be permanently altered in these plans due to Silvertown being directly below. It will be temporarily in future due to Silvertown Tunnel work. It currently sees double and even triple parking with ubers and cars waiting to pick people up after gigs at the o2. That problem needs sorting. 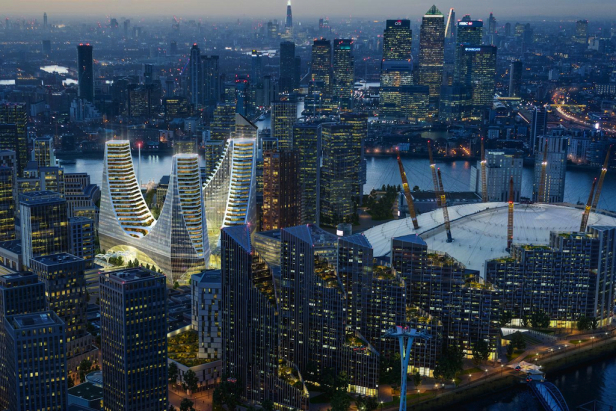 Unveiled Feb 2017 but little heard since

The bus station will be moved, yet since the grand fanfare of unveiling a Santiago Calatrava design almost two and half years ago there’s been no further consultation, let alone a planning application.