Transport for London have loaded a number of images to Flickr of their forthcoming Class 710 London Overground trains which are currently testing in Derby (and should have entered service months ago).

You may noticed the ends are no longer yellow. The rule that all UK trains must have yellow ends for safety reasons, in place for decades, was recently relaxed.

The TfL roundel on the front is a nice touch. Something very simple yet looks classy. 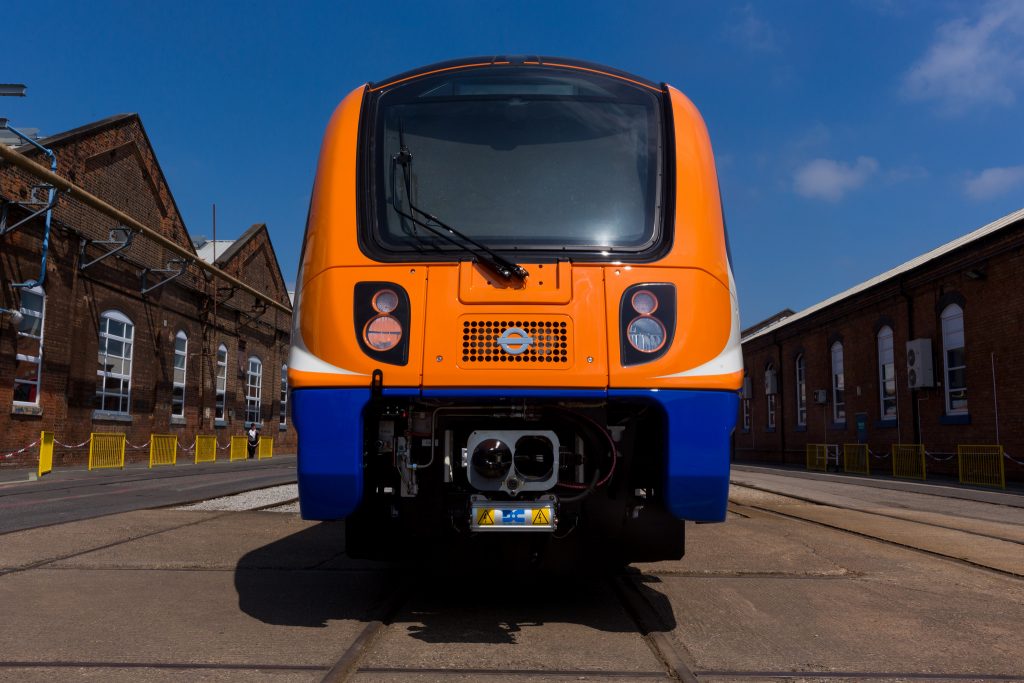 If the trains look a bit familiar its because they are sister trains to forthcoming Crossrail stock now being introduced.

The London Overground trains have wi-fi and USB which will be a boon for most though some may say its no great advance when buses in small cities have had both for many years (TfL have never adopted the same for London buses) as have other trains for a good few years now.

A total of 54 trains have been ordered. They’ll first run on the GOBLIN (Gospel Oak to Barking) line which is to be extended to Barking Riverside in coming years (but not under the river to Thamesmead and Abbey Wood anytime soon).

They should really already be running on the GOBLIN but Network Rail made a mess of electrifying the line so they’re yet to hit the east London tracks.

In future other stock will replace 40 year old trains on the lines to West Anglia that were devolved to Transport for London operation in 2015.

Some will also run on the north and West London lines allowing trains to be cascaded to strengthen services on the East London line.