One of the more intriguing aspects of Greenwich local elections tomorrow on Thursday 3rd May is the rise of Independent candidates in the east of the borough – in Abbey Wood and Plumstead in particular.

I’ve been contacted by one candidate in Abbey Wood – Craig Jenkins – to highlight his concerns and why he is running. There are two other independents in Abbey Wood (Bruce Jamieson and Ronnie Johnson) whilst Craig Jenkins was a member of the Labour Party, though is now running as an independent having issue with Labour’s lack of action in parts of Abbey Wood.

“I moved into Abbey Wood in 2016, and since being here I have become, as you are probably aware from social media,  frustrated with the incumbent councillors. From social media groups, specifically “Whats New in SE2”, a small sub group formed with the intention of getting three independents to run in the hope of unseating Labour.

The three independents have varying backgrounds, although these differences seem hard to reconcile, the local elections have nothing to do with the Brexit for example and we found that there was more that unites us than divides us.

Specifically, we are all passionate about Abbey Wood, all live in Abbey Wood (33 years across us three), all feel like Abbey Wood is under represented with Greenwich Council, I could go on…

I also should add, that there is no way any of us three could be running an effective campaign without the help of the other two. It is massively time consuming, as we have dropped the leaflets off personally and don’t have teams of volunteers like Labour.

We also have our own work to do on the side so, for example, I have been standing at the train station the mornings until I need to go to work myself. It  has been an intense job, which I could have not done without the help from Bruce and Ronnie.

The fact we all live in Abbey Wood and passionate about the area is significant. I am sure many people would agree that you can’t be an effective, or proactive, councillor if you don’t live in the area. We all walk the same paths, drive the same roads, using the same public transport as the voters, which enables as to be aware of problems as and when they arise.

Unlike the incumbents, who are reliant on residents to raise issues in the hope of councillors doing their job properly and following them up. An example of this, is while out leafleting, Bruce noticed a council fence in shabby condition (to say the least) and from his own research it turns out the fence had not been painted or maintained in 22 years. That takes us back to 1996. Which is a prime example of the neglect the area has faced by a council that has been in power too long, with no effective opposition. 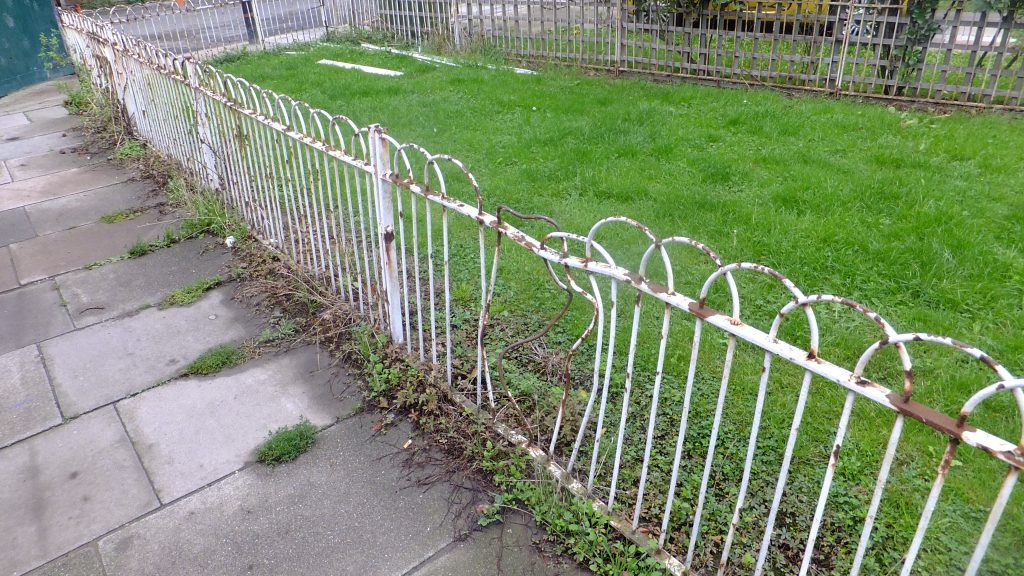 Another significant reason as to why I am personally running is that with Crossrail opening at the end of the year we will have the spotlight on us. An area that a lot of Londoners have never heard of, will become as common as other tube line termination points (high barnet, Morden, Ealing, Woolwich).

There will be huge interest in the area as people start to see the huge time savings that Elizabeth Line will produce. For example, people from all over Kent will drive to Abbey Wood, hop on the fast train to catch a flight to Heathrow and go away for the weekend. The planned roll out of the current CPZ extension has no answer to this impending problem (it ends Friday 1pm and only starts again on Monday at 11am), which is not rocket science, its just council not giving Abbey Wood the proper thought it requires.

Ronnie has also done some research on this, and noted that the green spaces around Abbey Wood (more so north of the tracks, but also Greening Street Green) are not protected green spaces, and the council could turn these into car parking spaces without permission of the local residents.

There is obviously also the s106 issue, and the prime example of our frustration can been illustrated by the Sainsburys funding, which remains unspent since 2014. This funding, as you are aware, is for a library and childcare centre. But now, because the council have done nothing in 4 years, Peabody plan to open a library only a few hundred meters away from where the Greenwhich one should be.

Obviously, now things need to be re-thought; is it really in the public’s best interest to have two libraries so close to each other? It may be, but if the council acted when they should have, this would not be an issue.

Also, the budget for the building these facilities was budgeted for 2014. Now, 4 years on, things are more expensive. Which means residents will get less than if the facilities were built years ago. (I should also note that the council have said that the funding is not enough to open the creche and library, but they were the ones who requested and allocated the funds, so that problem is entirely on them).

(EDIT: Apparently the library is not now moving but there’s a lack of engagement with local people on just what is happening with the £75,000)

I could go on and on why Abbey Wood needs fresh representation, but I am sure your readers are aware of how uninspiring the current Labour leadership and Abbey Wood councillors are.”

There should be coverage of the Plumstead Party later. I’ve previously covered Labour and Tory manifestos.

The main parties have written why you should vote for them at 853 which can be seen here, including Labour leader and Abbey Wood councillor Denise Hyland’s piece which is here.

EDIT: the post initially said Bruce Jamieson was formerly UKIP but I’ve been contacted to say that is not the case.

2 thoughts on “Greenwich Council elections: Rise of the Independents”