As part of Greenwich Council Housing Zone plans, the area around Plumstead station should soon see work beginning in March 2017 to improve the public realm. Around £3 million is to be spent as part of a package of improvements.

In less positive news, it appears that Greenwich Council and Peabody Homes are seeking to fill in the former Royal Arsenal Canal, built in 1812-14, and now named Broadwater Dock.

It’s currently in a sorry state, but with vision it would be a fantastic attribute for the area. Many canals and docks in UK cities were in-filled post-war, and those rash decisions are now seen as a great mistake. Look at the former Surrey Canal in Deptford for example.

Much more information on the canal and wider Arsenal site can be seen on the brilliant Royal Arsenal History site here. It’s a treasure trove of photographs, maps and information.

Back to Plumstead station improvements, and public realm improvements are great news for a long neglected area. The station environment presents a very poor introduction to the town, which also sets the scene for the sub-standard streetscape stretching miles along Plumstead High Street. No design cohesion is currently in evidence at the station, with piecemeal work creating a cluttered, unappealing and poor pedestrian environment. A design team is due to be appointed in July, with work beginning March 2017 and completing by the end of March 2018.

It should therefore be complete by the time Peabody’s proposed development ‘The Reach’ completes. It’ll be around 10 minutes walk away from Plumstead station, located by the Princess Alice pub.

Studies are also to be conducted into removing the gyratory around the bus station. Ideally the bus station would also move to allow comprehensive reworking of the entire area layout. There’s a perfect site for a replacement bus station just a couple of hundred metres east at undeveloped land in the ‘White Hart Triangle’ industrial zone. It’s 8.49 acres and larger than the existing bus station site.

The site is on a private road leading to Thamesmead’s dual carriageways. Congestion and access to the site should therefore not be a concern. Surrounded by an elevated sewer, a 24/7 Crossrail yard and other industrial buildings, it is not useful for housing. Moving to the site frees up much land suitable for homes a short walk from Plumstead station and Woolwich Crossrail station.

These projects are alongside the £1.2m road upgrade beginning just west of Plumstead station. The dual carriageway to Woolwich is to be widened to include a dedicated bus lane, as well as segregated cycle lanes. More details on that can be found here. 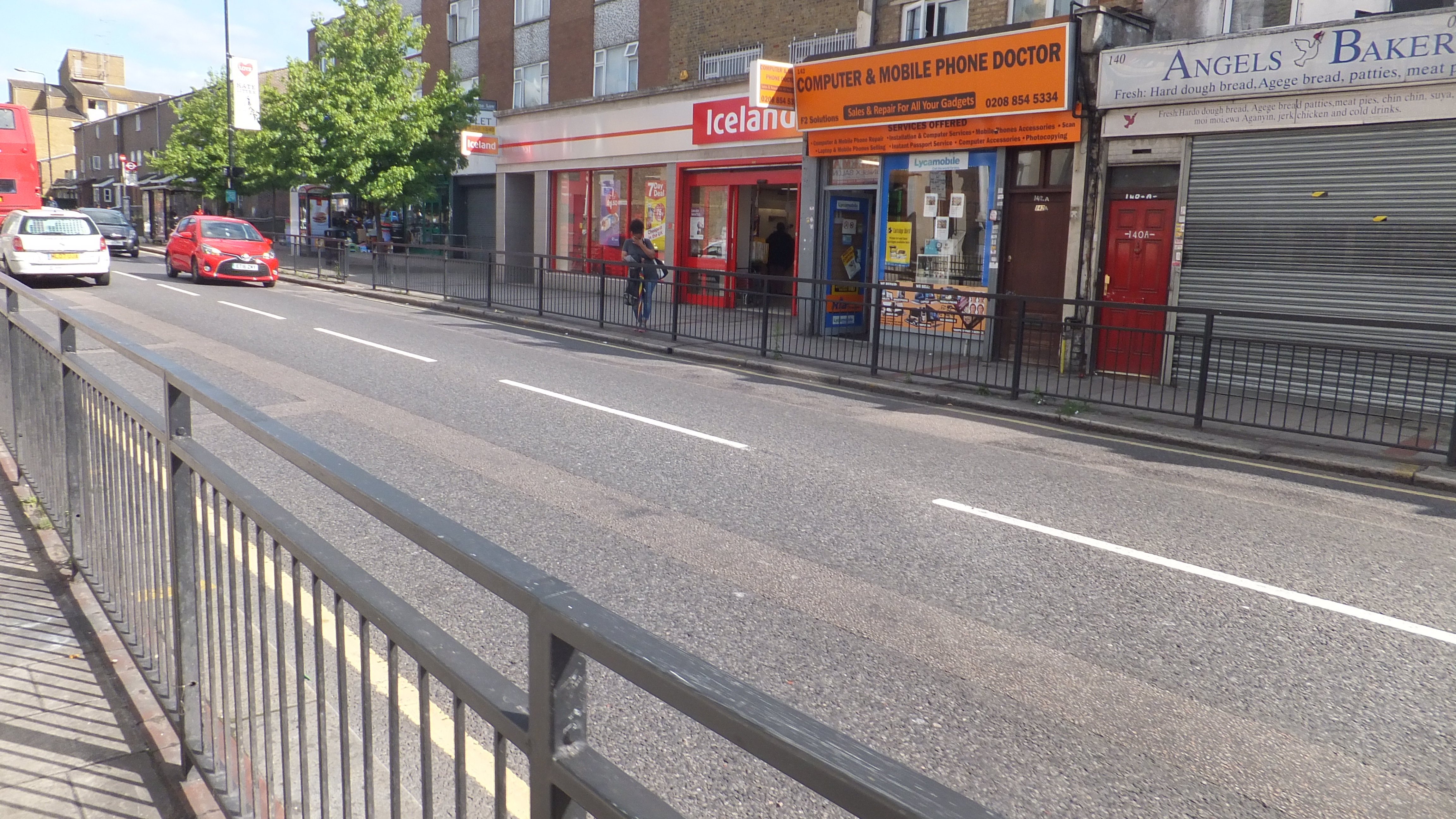 11 thoughts on “Plumstead station area to be upgraded though Royal Arsenal canal to go?”