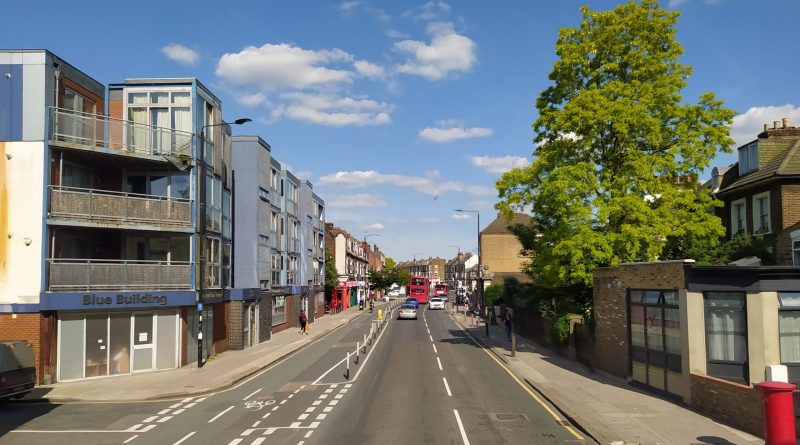 Greenwich Cyclists have begun a campaign for Climate Safe Streets in Greenwich borough.

With elections in May, the group are “calling on the next leader of Greenwich Council to make an urgent commitment to deliver Climate Safe Streets.”

They highlight how the vast majority of borough roads are under council control.

“Road transport emissions are the largest and most stubborn source of London’s emissions and borough councils control 95% of the city’s roads.

We need a strong commitment from all our borough councils now – that’s why we’re calling on Greenwich Council to play a full and fair part in cutting road transport emissions and ensuring London becomes a zero-carbon city by 2030.”

While the vast majority of Greenwich borough roads are council-controlled, TfL does have a say when it comes to bus routes and signals.

Given that Greenwich have for years ignored modern street design guidance from both the Department for Transport and Transport for London, it’s unlikely TfL would have too many objections to many improvements, as long as they were based on solid evidence, a clear strategy and conformed to current thinking and not what existed 30 years ago.

Greenwich Council recently announced a target to reduce car usage though have contradicted their stated aims numerous times in practice.

In recent weeks Greenwich have removed most cycle lane schemes drawn up in the recent past alongside Low Traffic Neighbourhood projects.

Some aroused controversy however some hadn’t even got off the drawing board, and could easily have been implemented without much inconvenience to drivers if that was a major concern.

One planned lane from Eltham to Greenwich could still have proceeded despite ditching an LTN en route. Instead Greenwich have just scrapped the whole lot.

There was still space on certain wide streets to improve matters while not impacting buses or general traffic.

A full list of projects from Greenwich Cyclists can be seen here so no need to cover them all, but even if not a cyclist there’s other goals that could improve people’s everyday life.

One is pushing forwards a Greenwich town centre plan, which they want to see moved to detailed design phase by the end of 2022.

Another is “Empower and enable residents to hold regular street closures for inclusive family friendly and community events such as parties over the Queen’s jubilee weekend and playstreets over the summer”.

A further idea is to “improve accessibility and inclusion of the public realm by widening footways and removing unnecessary pavement clutter on all major roads with significant pedestrian footfall”.

Other ideas include moving parking charges towards emission levels by 2024.

Another is to step up parking enforcement given chronic problems in some areas. This should help fund many improvements sought, alongside revenue Moving Traffic Offences such as parking in bus lanes or outside schools on “Keep Clear” markings.

One issue Greenwich Cyclists don’t mention but an obvious source of revenue is developer income. Greenwich have time and again not chosen to allocate Section 106 income towards improving pedestrians and cycling links to transport nodes and nearby amenities.

When it comes to another other major source – Community Infrastructure Levy – they sit all-but-last over recent years for securing money from developers for local services and infrastructure improvements.

The council set a very low rate in 2015 towards developers to contribute for amenities and services, then failed to revise rates in 2018 as promised. Every single development since, and there’s been many, has thus brought less revenue for the borough’s residents than it could – and should – have.

They’ve regularly attempted to pass the blame to the Planning Inspector, though the 2015 report is clear enough on what a viability report at the time stated was possible (far more than what they chose to charge developers in the west of the borough) and what they then failed to do subsequently.

Out of four parties in the borough, Labour, Conservative and Lid Dems have yet to sign a pledge. Only the Green’s have so far done so.

The campaign seeks to write to prospective candidates for the May 2022 election.