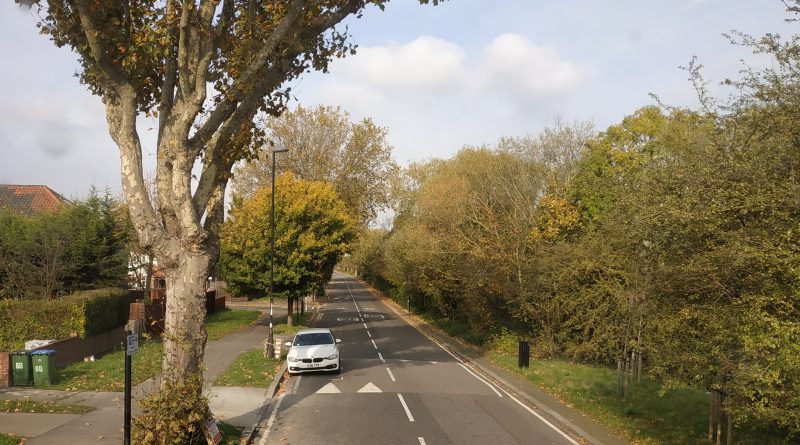 A consultation has commenced on plans for a cycle lane connecting Eltham and Greenwich. 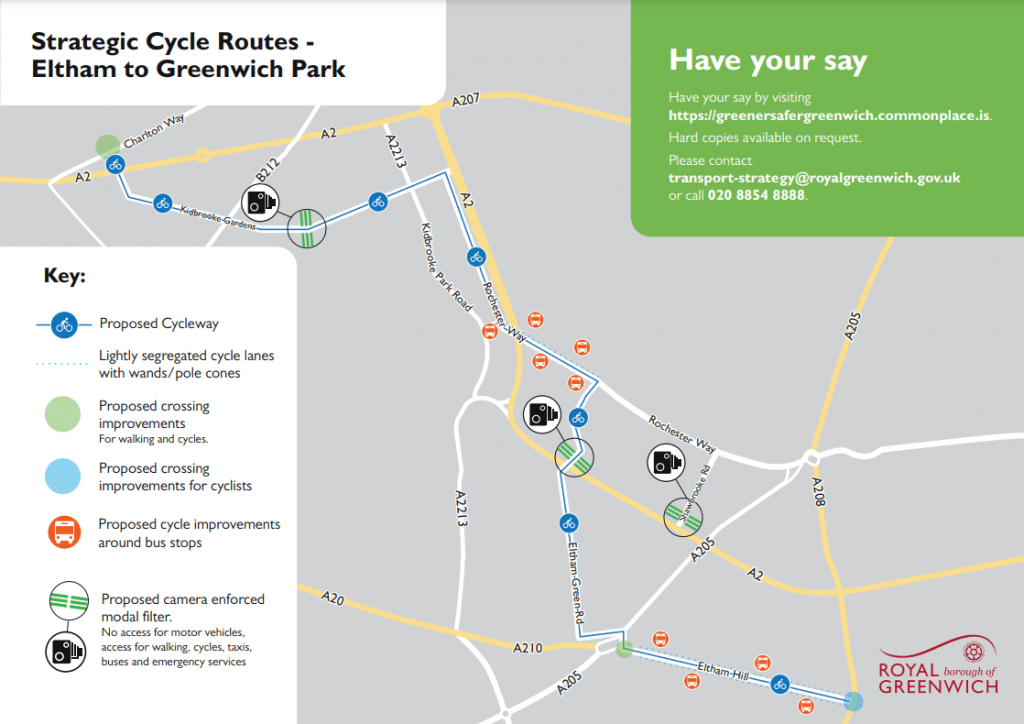 Lanes would pass Mecca Bingo before turning north at the Yorkshire Grey roundabout where road alterations are planned, then heads along Eltham Green Road running parallel to new homes at Kidbrooke Village.

Eltham Hill is a wide road for much of this stretch where space can be gained by removing the central reservation:

The first of three camera enforced modal filters is set to be installed at the north of the A2.

The lane then follows Rochester Way all the way to Westbrooke Road then onto Kidbrooke Grove before reaching Blackheath and then Greenwich Park.

Through the park and cyclists can meet Cycle Highway 4 heading to central London.

Greenwich Council state: “At the moment, we’ve only got funding from TfL to design the route. We hope that, supported by consultation feedback on our ideas, we’ll get funding to progress with more design work and be able to build the route in Summer 2021.”

It appears they are again putting all funding at the door of TfL, despite millions more due to come into council coffers ringfenced to transport projects as a result of CCTV enforcement for moving traffic offences and bringing parking enforcement in house. This is likely to raise £50 million in the next four years. £37 million of that is due to an expansion of CCTV cameras alone, and does not take into account an uplift from 20 cameras installed last September nor parking enforcement in house. Previously a private company retained all revenue.

Unlike other projects this is being consulted before implementation. According to Greenwich: “We’re proposing to implement the route using an Experimental Traffic Order. Once a scheme is put into place, considering the feedback we receive during this consultation, a six-month public consultation period on the scheme would begin.”

You can view plans here.

EDIT: I’m going to stop comments that are clearly wrong as fed up of the same mistakes. “Khan, TfL broke” yadda yadda. It’s not even confirmed funding. In addition, TfL only got funding for buses, tubes etc on the condition from Grant Shapps and the DfT they would be installed as public correspondence clearly states. Here is what the DfT and Shapps stated must be done to receive funds:

TfL may support schemes in principle but very unlikely they’d have funded many if not for the pandemic and funding agreements with the DfT. TfL being in funding difficulties is the *very* reason these are happening as they’d be no stipulation without the DfT funding agreement.