A proposal has been drawn up to add 40 more sites to those using CCTV for enforcement of illegal driving manoeuvres across Greenwich.

The authority switched on cameras at 20 sites last year after a number of delays. A new report reveals plans for 40 other sites.

The report states that despite the switch on: “There are still a number of locations across the borough where motorists regularly contravene and ignore restrictions, such as ‘one way’, ‘no entry’ banned movements, or box junctions. Each of these endanger other motorists and pedestrians and can often mean that vehicles are using routes that are not intended, adding to congestion and pollution.

“In order to tackle these inconsiderate and unsafe vehicle movements the authority intends to roll out camera enforcement to a further approximately 40 sites during 2021. Implementation will be undertaken in two further batches of approximately 20 cameras per batch.”

The cameras cannot be used against illegal parking in many instances (exceptions are bus lanes, outside schools and blocking dedicated cycle lanes) and all income can only be spent on transport, so it doesn’t plug funding gaps in other areas.

However, as this site has covered previously, Greenwich were using “general funds” to top up money given annually from TfL for street projects and maintenance. Most other London authorities used income from developers via Section 106 and the Community Infrastructure Levy alongside parking income. Greenwich were at the foot of the list when it came to London Labour councils for doing so, and near the bottom of all councils in the capital. Using income from those sources could free up money from “general funds” for other areas of spending such as health and education.

The authority predicts this measure could raise more than £37 million over the next four years.

Sites for 40 cameras are not revealed, but one that is very likely is the junction beside Premier inn on Beresford Street in Woolwich. A banned right-turn is ignored by many, with cars driving towards pedestrians crossing on a green light outside the hotel. Years of signs have achieved little to stop the practice.

Value local news? You can support me and the site by becoming a Patron via Patreon. Click here to see details. 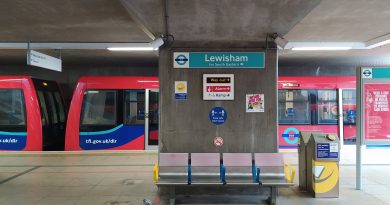 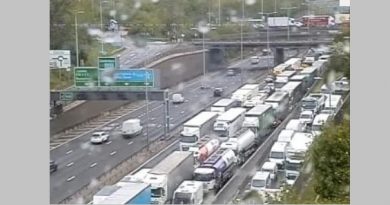