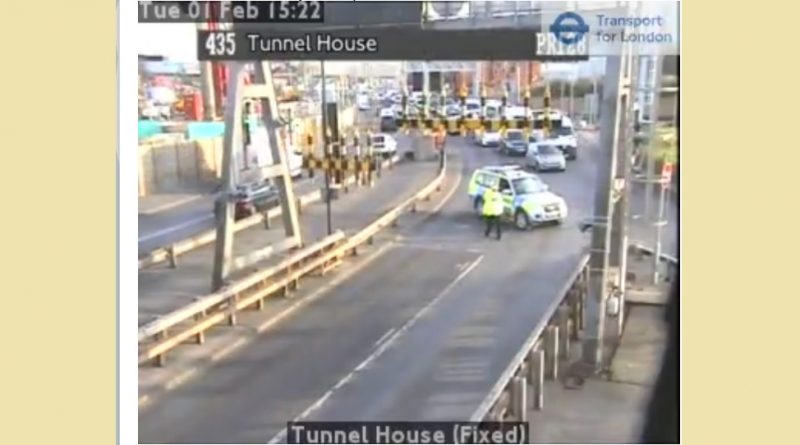 There are long queues and heavy congestion across much of south east this afternoon after the northbound Blackwall tunnel was closed.

London Fire Brigade attended the incident with smoke seen rising from the tunnel.

Police have closed approach roads to the A102 at Sun in the Sands.

Traffic was being diverted at the tunnel entrance onto Greenwich Peninsula.

Amazingly the Woolwich ferry is actually running, and traffic diverting there is causing very slow movement through Charlton.

To compound problems, rail services have been severely cut through Greenwich despite the work from home order ending, which has encouraged people to drive.