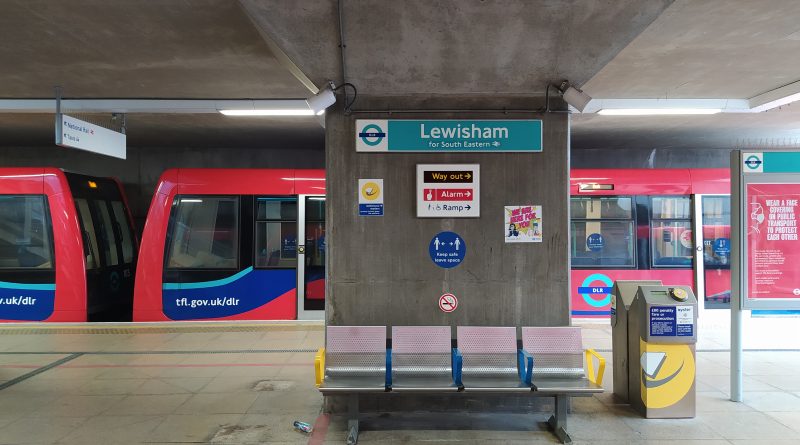 Figures from TfL show that the DLR beat all other forms of rail transport in London in terms of passenger recovery in 2021 as ridership rose to 71 per cent of normal levels.

That number exceeded the tube at 64 per cent, London Overground at 59 per cent, Trams at 66 per cent and TfL Rail (before being rebranded as the Elizabeth Line) at 58 per cent.

Aside from rail, buses grew strongly and were the best performing in London at 73 per cent.

Large growth in new homes all along the DLRs various routes helped mitigate against a reduction in workers travelling to central London.

Woolwich continues to see may new homes complete, while at the same time numerous other major plans begin. 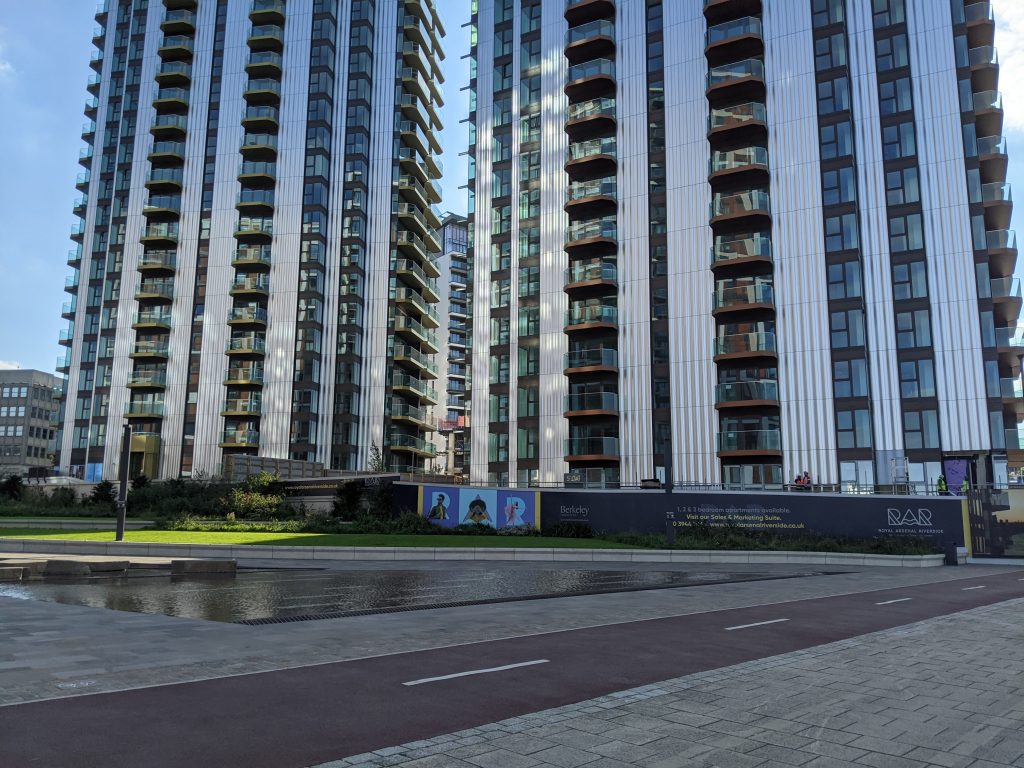 Two towers on the former Waterfront leisure centre site completed in 2021, and two more are now underway next door:

Lewisham has of course also seen many new homes including Vita student tower directly next to the station:

In the background, the now-rising 34-floor tower which will be Lewisham’s tallest can also be seen.

Additional DLR trains are due by 2025 and of course Crossrail is due to start in coming months which will impact on DLR numbers, though there’s many homes also underway in areas that lack alternatives in close proximity such as Silvertown.

This includes 800 homes at Deanston Wharf which are well underway. This render shows how the completed development will appear:

Even North Woolwich is joining in, with work now underway on 163 homes near the ferry, and a short walk from King George V station. That joins another tower that completed last year.

And to cherry pick two more areas, Marsh Wall on the Isle of Dogs near South Quay station is full of new towers:

Stratford is the same:

And of course Canning Town. We can see the major Brunel Street Works block below, and just about visible is the separate Hallsville Quarter:

Do a 360 turn and more blocks can be seen. To the left is where 1,500 homes are planned on Limmo Peninsula: 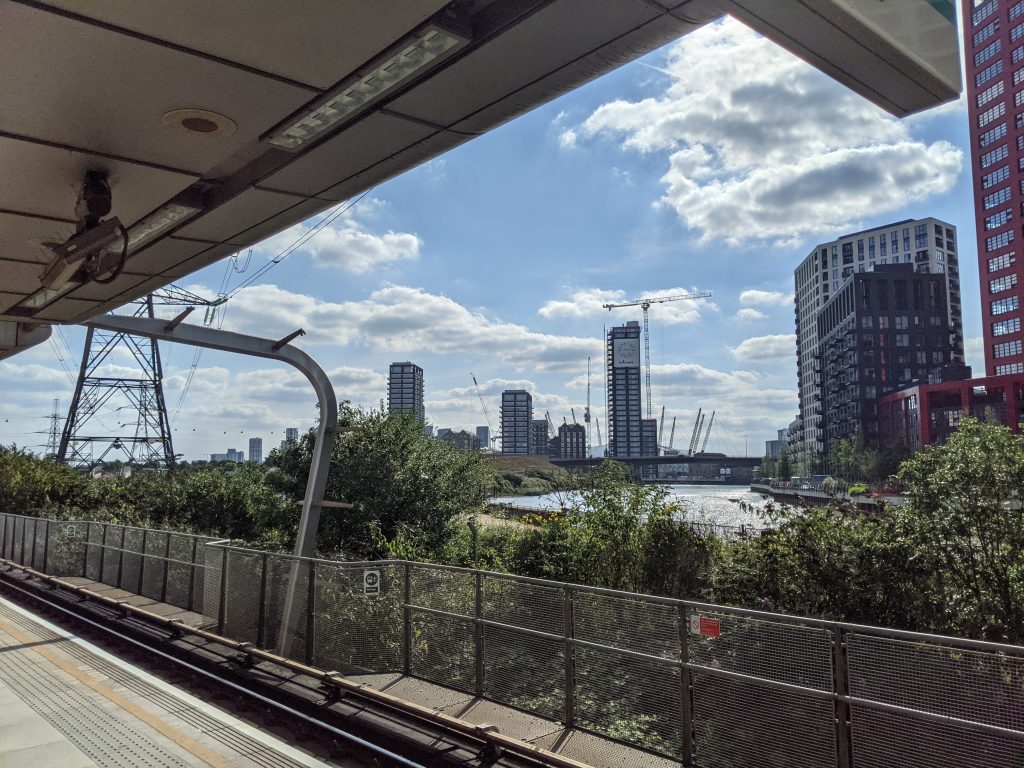 With so much development focused around each DLR line (the Beckton branch also has many new homes to the east), long term passenger numbers should beat the London average in terms of recovery even when Crossrail does open.