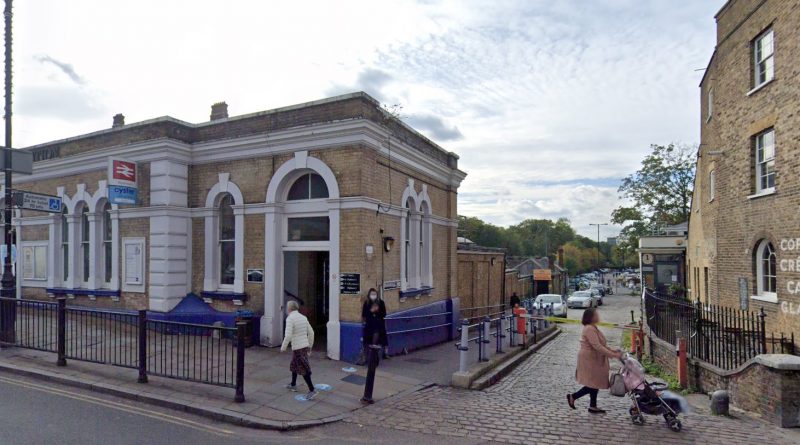 Earlier today I was alerted to plans to sell Blackheath station car park and took a look into the proposal.

The site is one of the largest car parking areas beside a station in inner London and housing seemed an obvious candidate. New homes beside railway stations are a sustainable means of building housing and reduces the need for cars. The concern in Blackheath would be losing the market – though an alternate site may be possible.

However it appears any sale with not see car parking removed for new homes. It’s also revealing that Southeastern were very keen to retain car parking instead of housing, despite the potential for a captive market for new residents. In a consultation response, they state “Regarding the granting of short term commercial leases for the space, we would be very concerned if there was any shift away from using the land as a car park” and at no point mention housing as an option.

Network Rail are also pro-parking, as they respond: “The primary use of the land will remain as a carpark and this controlled by a restricted user clause within the proposed lease. A minimum of 108 spaces are to always be provided”.

Lewisham Council continue the theme: “The confirmation that the site will be sold subject to a restrictive use clause/covenant ensuring solely car parking use in the future, and retention of the allocated area for marathon stacking is welcomed.”

An ability to retain an area for the annual marathon or fireworks could be accommodated alongside any new homes.

This brings us to a wider point on new homes located around railway stations. Almost every single major planning application that this site has ever covered features a wide range of responses by the time they make it to decision time, except for Southeastern who almost never respond or engage. Network Rail rarely do. Compare this to areas where TfL operate transport (in terms the tube, DLR and London Overground) where they generally do feedback information on requirements, impact upon services and desired improvements including via developer financial contributions.

One of the stated aims when rail was privatised was a commercial nous, yet this is barely apparent from many franchises since the 1990s in terms of new housing and potential custom. Southeastern have never shown much interest in linking with developers and housebuilding to encourage usership of their lines. Developers never show much interest in rail in south east London, and so it’s regularly overlooked.

Just this weekend there was the plan revealed for 341 homes in Thamesmead. The closest station is Plumstead. No mention of the station on consultation documents. They do mention the DLR which doesn’t exist in Thamesmead, a bus rapid transit which doesn’t exist and Crossrail. Last week there were 1,400 homes in Greenwich. Nearest station is Westcombe Park. No mention of it. There was mention of North Greenwich tube. It’s no exaggeration that the number of plans like this I can recall is over 100. There’s a major problem with developers, local authorities and rail companies not talking.

Even where projects do progress it’s often the bare minimum. Last week a new Kidbrooke station building opened. Lots of backslapping around it, yet it’s one of the very few stations to see a major rebuild in recent years that lacks any step-free access or ticket gates. It’s a bare bones, cheap option. Maybe Berkeley Homes didn’t want to pay more than the bare minimum, and neither Southeastern nor Network Rail pushed it.

Now franchising as we know it is dead, perhaps things might change. I doubt it, but let’s see. TfL were far better but their financial problems and job losses could see this focus cut. If it does happen, it’d be an example of best practice eroding down to poor standards elsewhere rather than the worse practices in rail improving to better TfL standards.

A single organisation in charge of maintaining and operating services seems to take a holistic approach which the current railway network simply doesn’t, with responsibility split between the Department for Transport, Network Rail and Southeastern.

You can view consultation responses here.