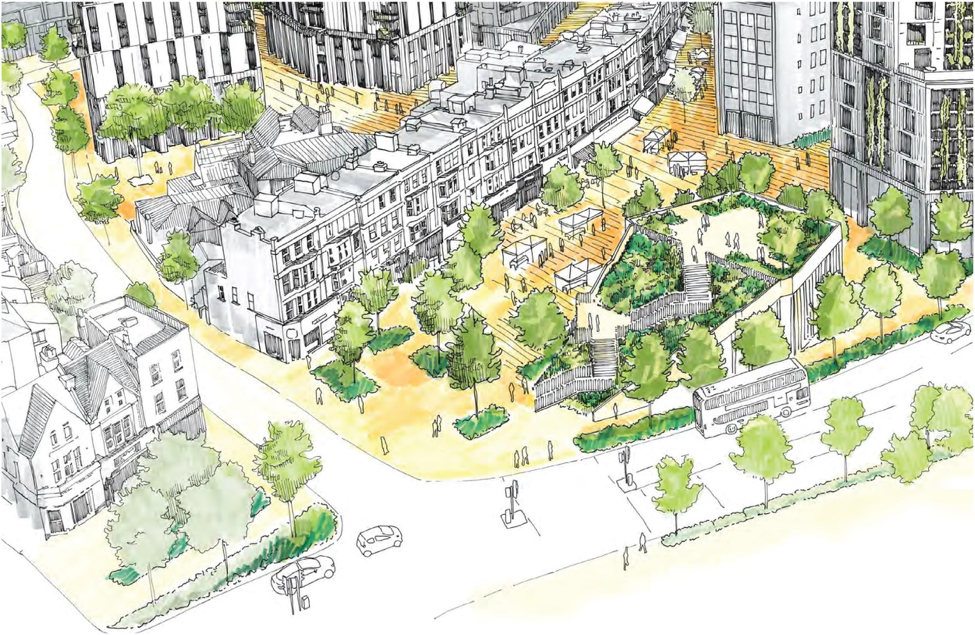 A number of online meeting are being held to look at plans to change Catford town centre.

There have long been plans to alter the layout of the south circular and gyratory. Plans were signed off for a £10 million project back in February 2018.

Current discussion focuses on changes across a number of areas: 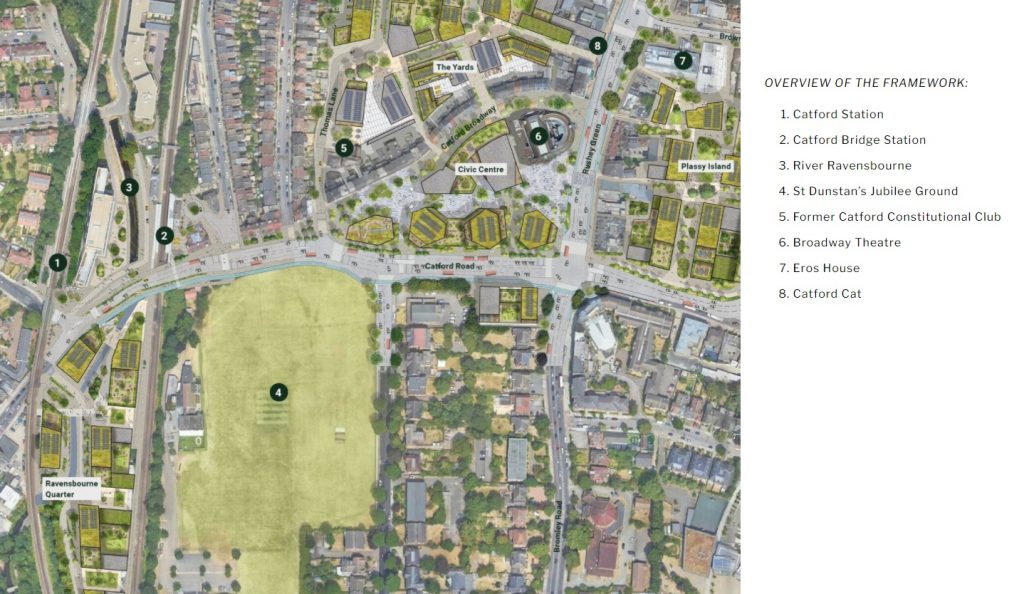 In September I covered plans to spend over £3 million in improvements across the town centre.

The centre of Catford is forecast for large growth in both the London Plan and Lewisham Council plans. This includes up to 2,700 new homes (potentially 1,500 on Council owned land and 1,200 on third party sites) and 5,000 new jobs at Catford.

Those numbers were taken from a 2018 document, however one major employer in the town is Lewisham Council who last month announced a wide range of cuts. Staff hiring is halted and many staff are now told to work from home permanently. Council buildings will be disposed. It remains to be seen what extent that impacts on new housing levels and reduced office space.

Plans under discussion now include a green route though the town and opening up the Ravensbourne river.

Current retail shed and large car parks would give way to the river, homes and new retail space. A much better use of town centre land near two busy railway stations.

In terms of roads, it states “Transport for London (TfL) is designing a new road layout, realigning the South Circular Road through Catford town centre, which will likely be implemented in the next five to ten years.”

No rush eh? At least the Bakerloo Line is coming to get people out of cars…

Space around the existing stations and street is cramped – and saw the death of a cyclist in recent years.

There are plans to change the layout including:

One issue here could be Network Rail funding. They saw £1 billion cut from their budget last month.

It would make sense to rebuild the 1970s Catford station building incorporating new homes. This would require Network Rail taking the lead and is unlikely to happen. It’s not up to franchise’s who operate on short life spans.

To find out more about future plans and information on zoom discussions click here.

2 thoughts on “The future of Catford – discussions now ongoing”