Letters have been sent from the education secretary and others in government ordering Greenwich schools to open after council leader Danny Thorpe requested they close.

A letter sent late this afternoon from Education Secretary Gavin Williamson states legal action at the High Court or county court is an option. In a response Greenwich Council  state:

“This evening we received a legal direction from the Government to withdraw our request to schools. We are in the process of seeking legal advice and will respond to the Government in the morning.

“We have alerted schools, and will speak to them tomorrow. But given we received this notification just before 5pm, it was impossible to ask schools to change any of the arrangements they have in place for Tuesday.”

The order to open comes despite government moving London to tier 3 from Wednesday as cases sharply increase. Other nations such as Germany and the Netherlands are closing schools. Figures out tonight in Greenwich borough show a steep increase in new cases, with the weekly growth rate now at 49.8 per cent.

Hospitalisations across London have increased with a weekly growth rate now at 41.5 per cent.

A letter sent to schools earlier today from Minister Nick Gibb states advice means “we are not in a position” to close schools. 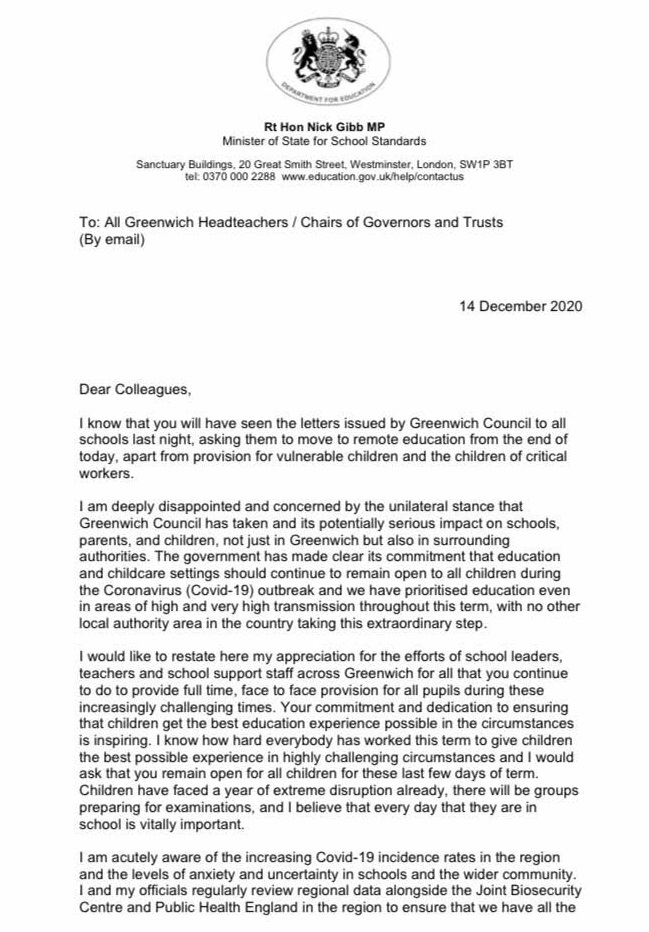 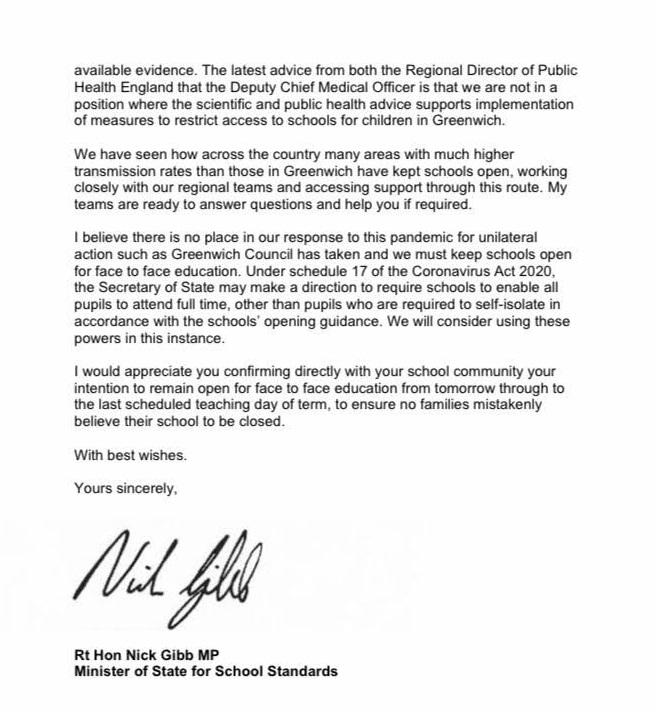 Other European nations are ordering lockdowns with the Netherlands being the latest today. They are closing schools and non-essential retail until 19 January.

Help the site bring you local news by donating via Patreon or Paypal. Adverts bring in minimal income to cover costs as ever more more browsers block them.