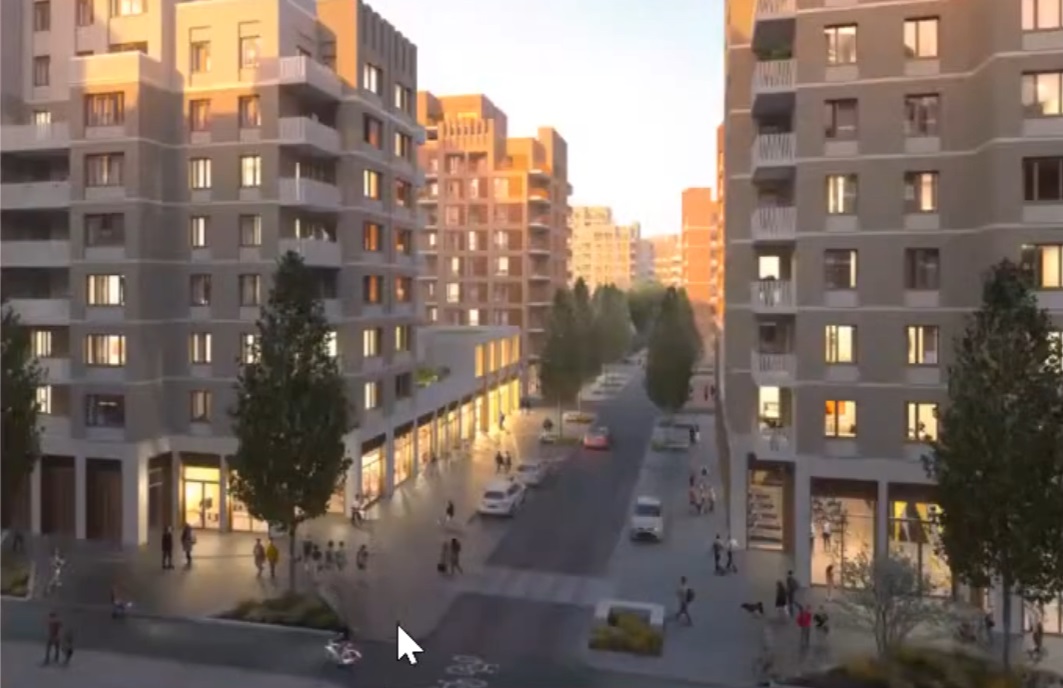 Greenwich Council’s Planning Board last night approved plans for 1,750 homes in Thamesmead at a site near Plumstead bus garage. A video of the meeting is available to view on Youtube (starting at 56 minutes).

Peabody and Berkeley Home are behind the project which sits either side of a one-way system running around Plumstead bus garage. There were proposals to remove the three-lane gyratory which are now scrapped.

The first meeting in November (I covered the project just before the meeting) was deferred after TfL objected to amounts allocated to transport in an agreement between developers and Greenwich Council. TfL believed £1.8 million was needed for improved bus services yet the initial agreement allocated £500,000. They’ve now settled for £1 million.

The NHS also believed an increase in residents would require £2.8 million to mitigate – but they are in line for £1 million.

The site is in an awkward spot between an elevated sewer bank (the ridgeway), a prison, the bus garage and retail park next door. A masterplan was shown that sees the removal of Plumstead bus garage. This makes sense given the sites proximity to public transport and unused industrial land a few hundreds metres east more fitting to a bus garage with private access roads to Thamesmead’s dual carriageways.

£5 million is to be spent on industrial land to the east. If this does permit the bus garage to move it will free up land for hundreds of new homes. However, local resident Steward Christie raised the question of whether £5 million for Peabody seems a bit much given the developer owns land and warehouses empty for 20 years in the area.

£2.4 million is allocated to Plumstead power station which is due to be altered and become a hub for small business. Other funding is part of the Good Growth Fud – a project which is also seeing Plumstead shop front improvements which I covered last week as first plans were submitted.

Buildings top out at 17 floors beside this junction:

A presentation into plans given during the meeting mentioned the Greenwich Bus Transit scheme – yet no money is allocated towards it. This is something we also saw recently when Knight Dragon gained approval to take homes at their Greenwich Peninsula site above 17,000. The Bus Transit is supposed to run from Thamesmead past the 1,750 homes, Woolwich, Charlton Riverside then through to the Peninsula. The issue is many thousands of homes have been approved along this stretch with no explicit allocation to fund the project.

The presentation also failed to show poor public realm in the area. Anyone who has walked or driven around this area knows how bad it is. Maps shown gave more prominence to Crossrail rather than the (far) closer Plumstead station.

Local resident Maria Freeman raised the issue of access to nearby Plumstead railway station and stated “There’s a very narrow entrance to the station, there’s going to be potentially several hundred people using that station and there’s not going to be the access to it.”

TfL and Greenwich Highways were happy with revised funds. There was no mention of Network Rail or Southeastern. Plumstead station saw growth of over 10 per cent in the year to 31 March 2020 in figures revealed just yesterday. The pandemic has clearly reduced that, but with so many car-free developments along the Greenwich line numbers will come back.

Cllr Sarah Merrill – Cabinet Member for Planning and Regeneration – stated “there was no magic answer” to poor access to the station despite many millions incoming from developers. Surely something better than nothing would help? This is a crucial issue for getting people out of cars – and one that seemed to be brushed off. Again, what use is the council’s endless reports on active living?

When it comes to parking, 497 spaces are included.

The level of “affordable” homes is set at 40 per cent, though 30 per cent of that is shared ownership so we can chalk that off as actually affordable to many.  See Peabody’s shared-ownership on BBC Panomama last week for an idea about that. It leaves 25 per cent of the overall total as affordable via London Living Rent.

Cllr Maureen O’Mara raised the issue of an absence of mid and late stage review on adjusting affordable levels which contravenes policy. Greenwich Planning Officer Victoria Geoghegan stated that it was not viable to provide more affordable homes and so no further review was needed. As levels were already 40 per cent that was sufficient.

Watching the meeting gave the distinct impression few councillors actually knew about the area in a less salubrious part of the borough. Local concerns about public realm, high speed traffic and creating a liveable area – and access to Plumstead station – are key issues. After an initial presentation from a council officer no councillor raised this. It took residents to do so afterwards.

Regarding Section 106 income from developers and how it is spent, Greenwich Officer Victoria Geoghegan stated Section 106 is for “the direct impact of this scheme” which while true doesn’t explain that it has a certain flexibility. That definition has been given for years as to why money cannot be used in a ward for improvements to estates, open space etc, while other boroughs take a more flexible attitude. Indeed, so do Greenwich when it suits them. They used Section 106 from the Arsenal site to replace the large screen in General Gordon Square just last year after claiming deprived estates couldn’t see funding. What relevance and “direct impact” of Woolwich Arsenal is there upon the screen, unless they are suggesting locals residents in the Arsenal site pitch up to watch it each week?

Abbey Wood Cllr Denise Hyland appeared to put the blame on residents for misunderstanding how and where income can be spent: “It does feel there is a mismatch in the understanding of the public about what we can and can’t do with that money.”

There is no misunderstanding – other authorities regularly use income to improve local areas. Greenwich rarely do, claim they cannot for years then find money for a giant TV screen. In Hyland’s own ward we heard the same thing when £1.3 million was agreed at a new development of 272 homes which ignored entirely one of London’s most deprived estates immediately next to it. Greenwich planners where happy to see zero spent – and the developer then voluntarily allocated £50,000 after local concerns.

This isn’t the public getting it wrong but a conscious decision from the council and councillors. Why is S106 allocation not an agenda item in its own right in Greenwich Council meetings as it is in other authorities? Why the cloak of secrecy?

Greenwich Council Officer Victoria Geoghegan did raise the issue of additional Community Infrastructure Levy payments in future – which Greenwich have decided to cap locally at 15 per cent against 25 per cent in many other Labour boroughs such as Lewisham and Southwark.

They also have a very low rate of CIL compared to most other London boroughs, and so sit near the bottom for raising revenue from developers. In recent years the authority have failed to spend the vast majority aside from Crossrail obligations (£300k was allocated to their digital cities project). As I covered after the latest figures were released, for the first three years after introduction the single biggest expenditure was just £27,000 despite £4.3 million in unspent funds.

The meeting eventually saw plans approved 5-3 but not before having to view misunderstandings and crucial issues overlooked. Not an edifying episode, and not one that gives much confidence. 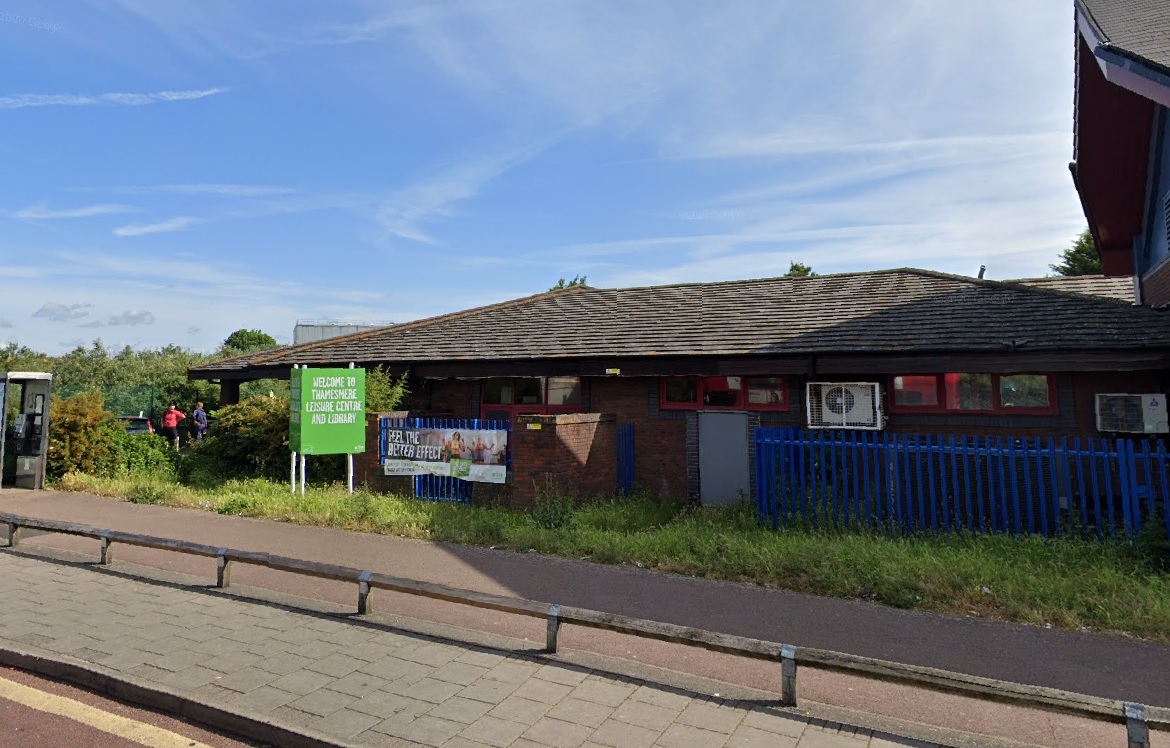 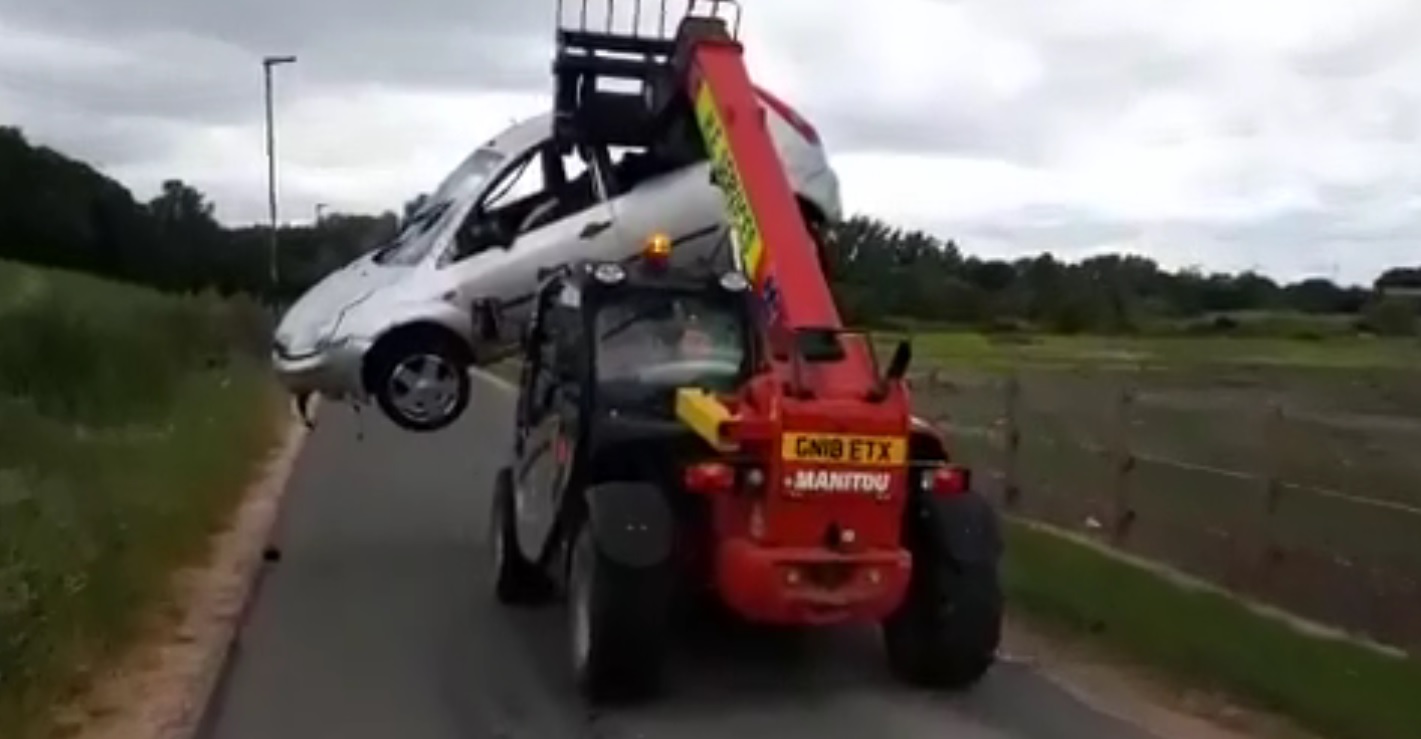