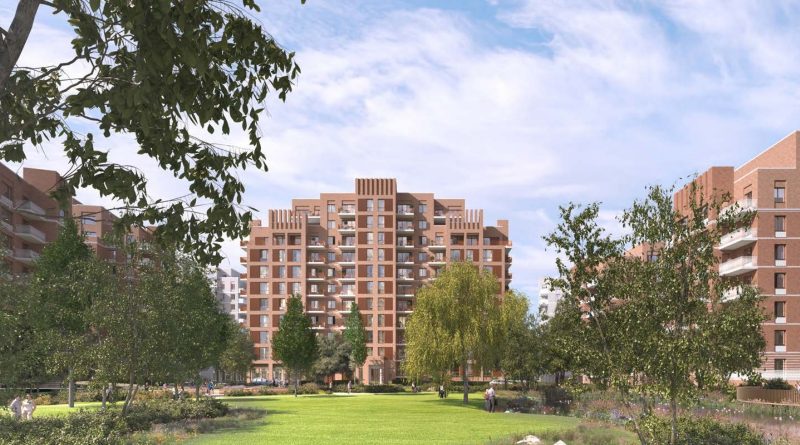 A new planning application has revealed further details regarding 1,750 new homes near Plumstead bus garage in a joint project from Peabody and Berkeley Homes.

Plans were approved in December 2020 with a major downgrade in public realm improvements.

More recently, much-heralded use of modular construction on much of the site has been dropped.

Nine plots? How long can they drag that out one wonders.

Phase 1 comprises three plots and is due to complete in 2024.

There are a number of mansion blocks across the site in a reasonably inoffensive style.

Approval was given by Greenwich Council’s planning board despite both the NHS and TfL complaining contributions from developers was insufficient for demand.

The NHS stated additional demand would require £2.8 million to mitigate – but are only due to see £1 million after Greenwich Council allocation.

Peabody saw £5 million allocated for industrial units – though they own others nearby empty for 20 years.

Plans to rework a three-lane gyratory reminiscent of an urban motorway into two-way traffic was ditched – and no money allocated to improve pedestrians links to nearby Plumstead station.

It’s currently an offputting underpass or a walk beside three lanes of traffic.

There are plans for 500 car parking spaces.

Other housing plans in the area include 95 homes on Nathan Way – covered in March this year – and 333 homes at a former care home sight. 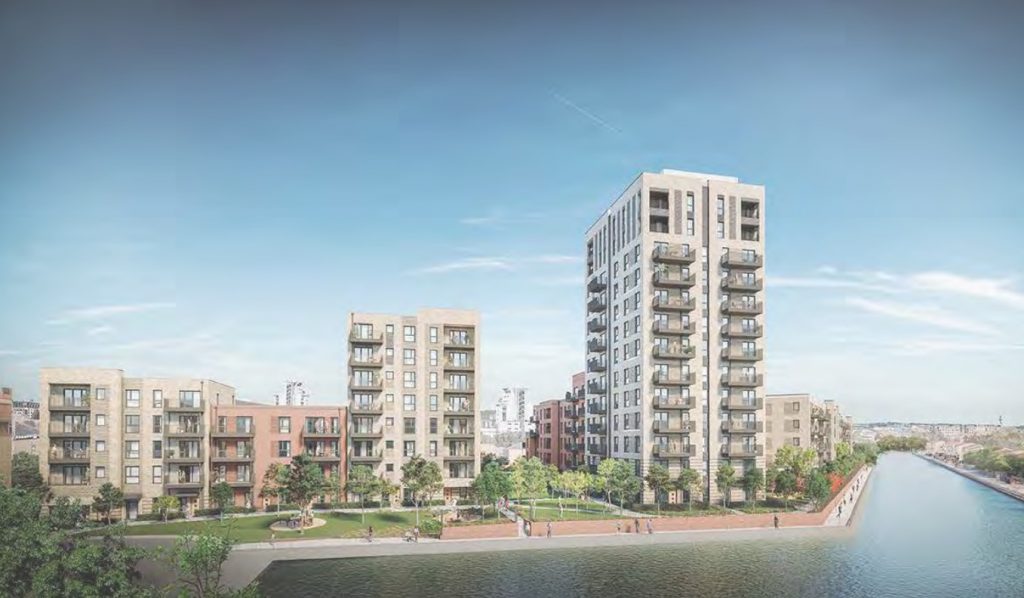 That was submitted in June this year. Information on that can be seen here.

Despite all those projects no clear strategy or income is evident to improve pedestrians routes to the nearby railway line or to invest in the long mooted Bus Transit scheme.

Details of West Thamesmead Gateway can be seen on the Greenwich Council Planning Portal. 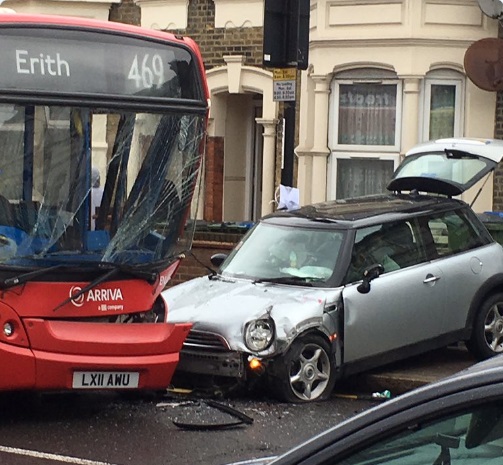 2 thoughts on “West Thamesmead Gateway: Further details of 1,750 homes from Berkeley and Peabody”