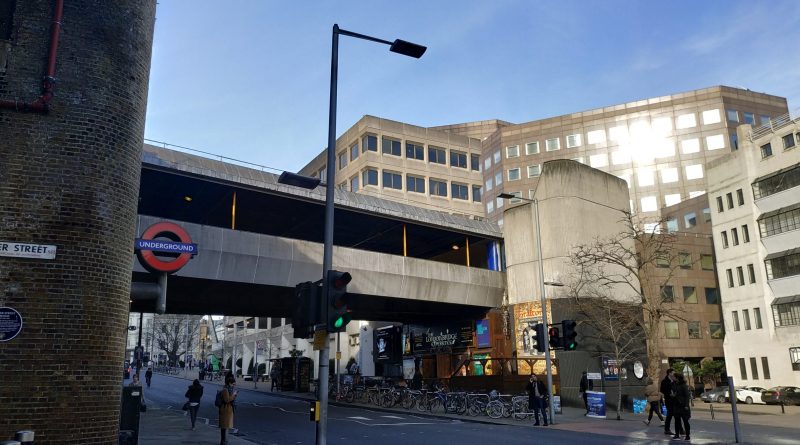 Plans have been submitted for a new 22-storey block just outside London Bridge station on Tooley street.

London Bridge and surrounding areas have seen much change over the past decade. Leaving the shiny new station you’ll pass new office blocks such as the Shard. Similar new builds abound except one or two holdouts – such as Colechurch House.

This 1963 block sits at the junction of London Bridge and Tooley Street and encompasses a small section of elevated walkway.

If heading to the City you will probably pass Colebridge House at street level – especially post-station rebuild – or you could pass through the building itself avoiding traffic by walking to a bridge over Tooley Street.

The dark walkway present a remnant of the past – and it’s now in line for demolition.

I’ve covered walkways surrounding other stations such as Waterloo and Blackfriars in the past. New proposals at London Bridge would see this route gone for good.

Plans were submitted last month for a 22-storey block beside London Bridge. It’s a slender series of blocks from Foster & Partners graduating in height as it heads east along Tooley Street.

One controversial aspect is the proposed structure would occupy space in front of St. Olaf House.

The entire structure is on stilts with some areas of street level space occupied with kiosks, and others being open such as in front of Grade II listed St Olaf.

Southwark Playhouse Theatre are mooted as occupying part of the site with a 250-space theatre. Most of the building would be occupied by office space.

Renders appear to show a cramped pedestrian area in places given high levels of footfall in the area.

A cycle stacker is planned which would provide 797 spaces. Those of us who’ve read about Woolwich’s auto stacker will be permitted a wry smile. 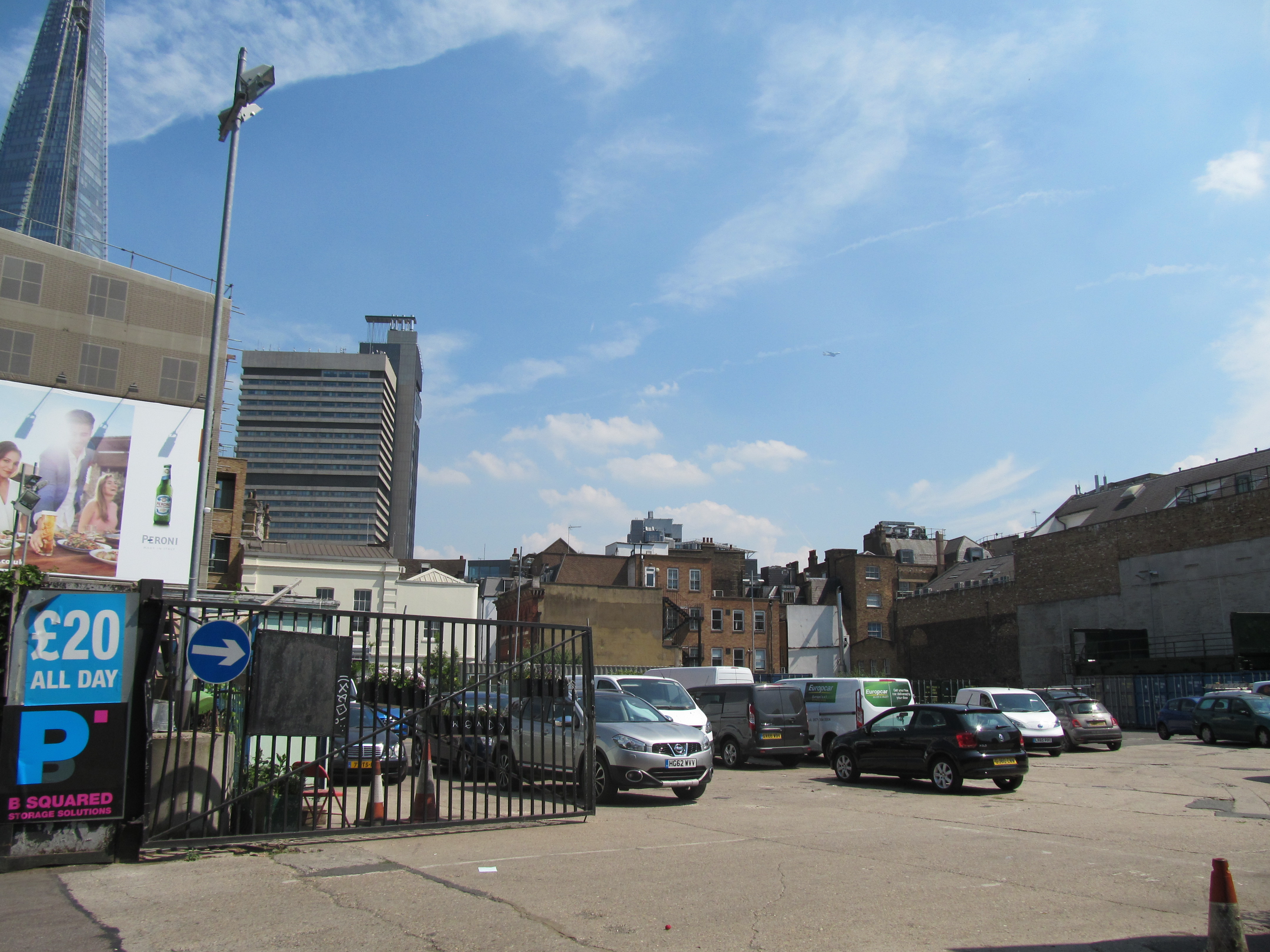 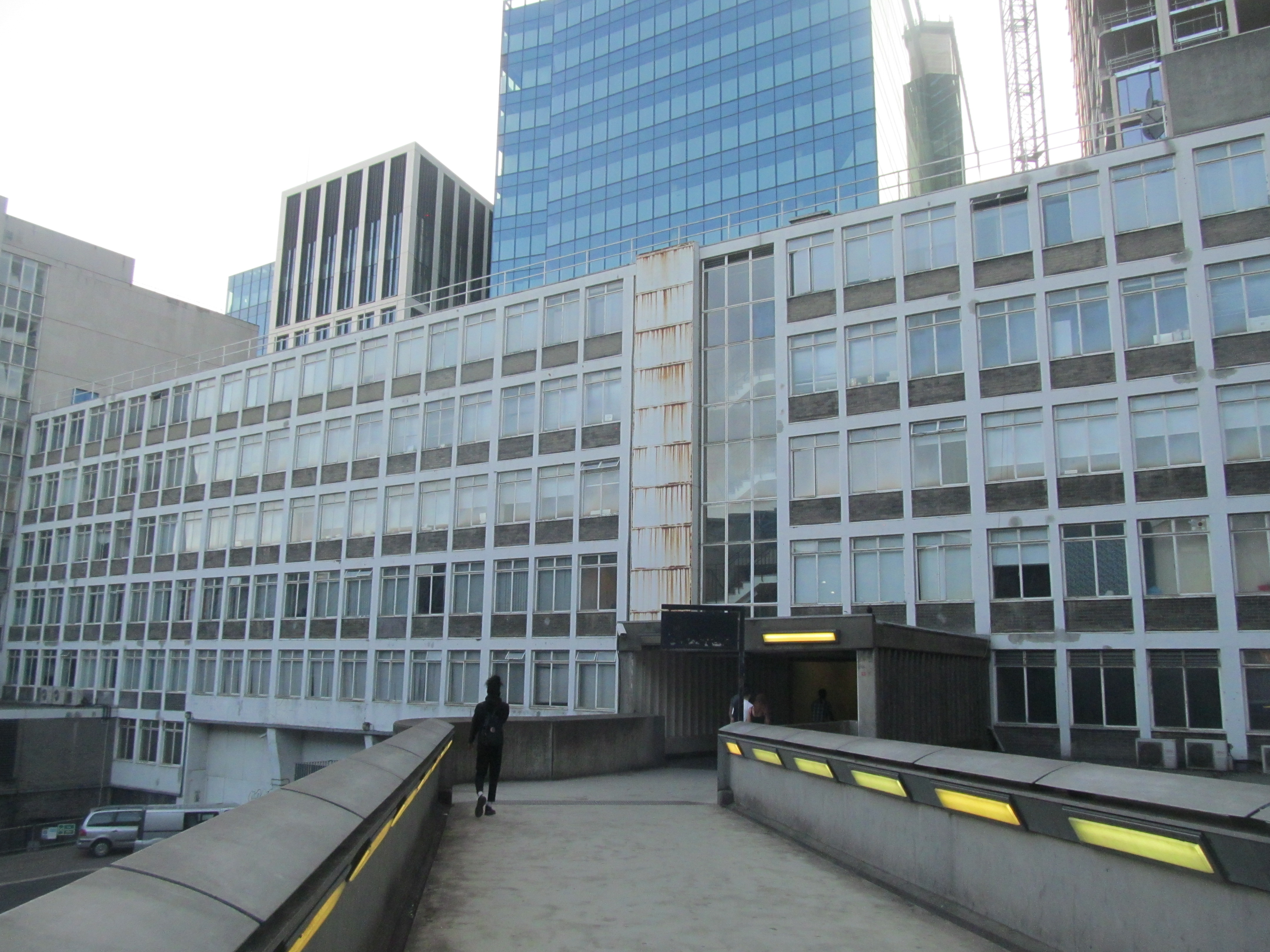 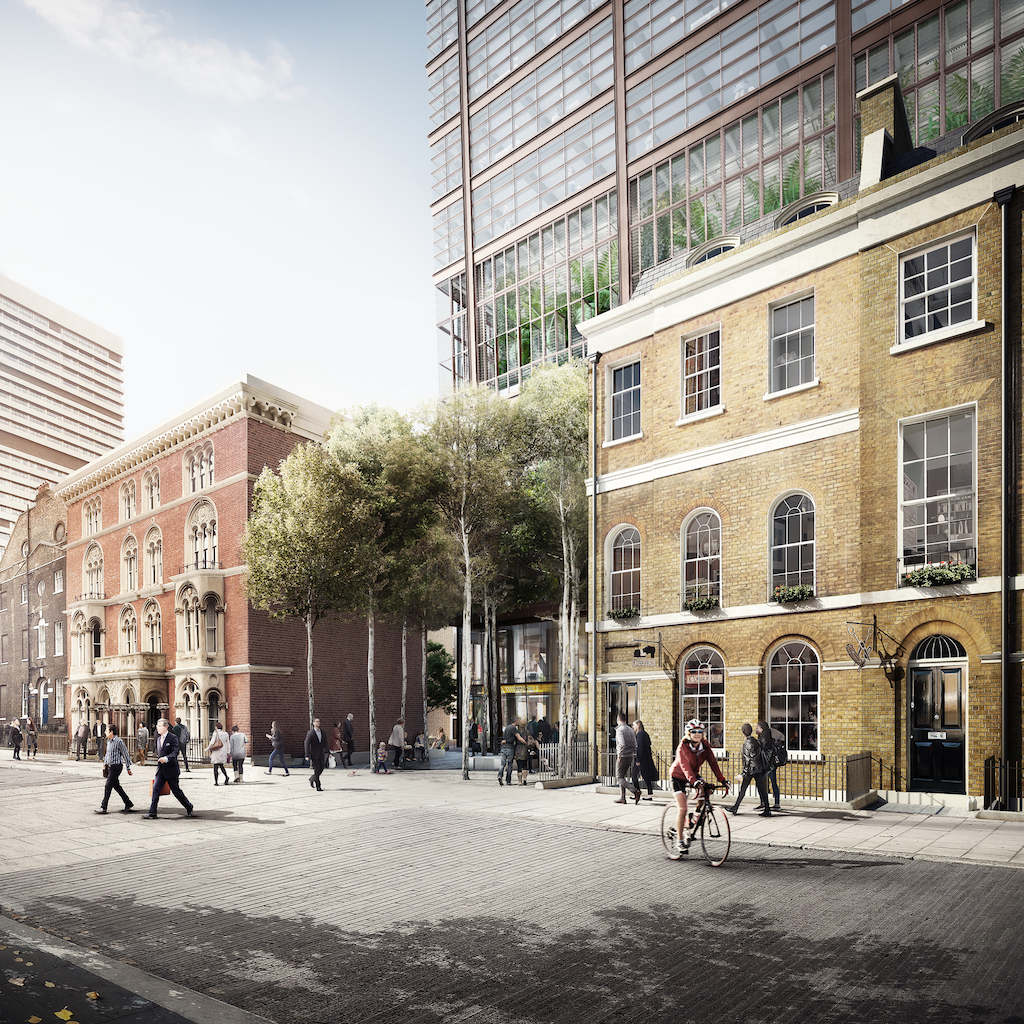