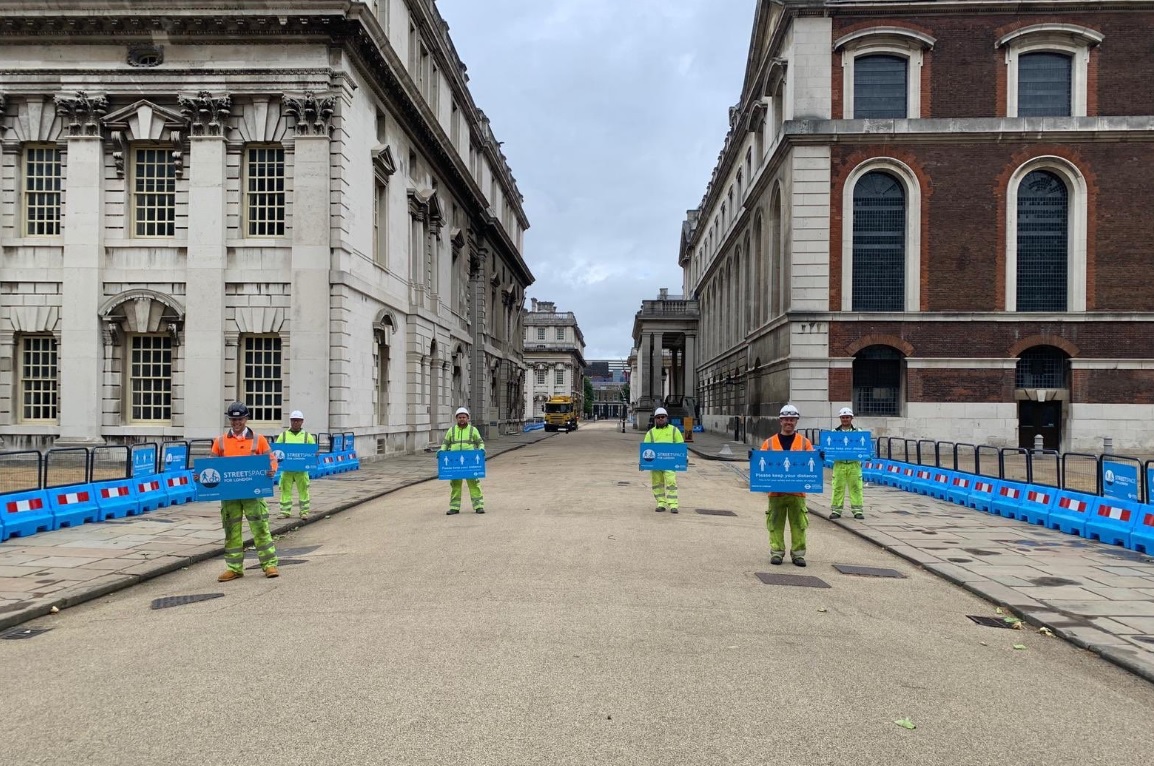 After weeks of frustration measures to allow people to walk and cycle through the closed Old Royal Naval College site are finally being installed.

The riverside path was closed alongside the university site forcing people to squeeze onto Romney Road.

It says much about bureaucracy that it’s taken around 10 weeks since lockdown to install this relatively simple measure.

Even once open, it’s only usable from 8am to 6pm on weekdays.

Elsewhere today I’ve been trying and failing to get Greenwich Council to release the full list of projects submitted to TfL.

Bromley have released a list of 180 projects with descriptions and costing for many. Here’s just one page of many: 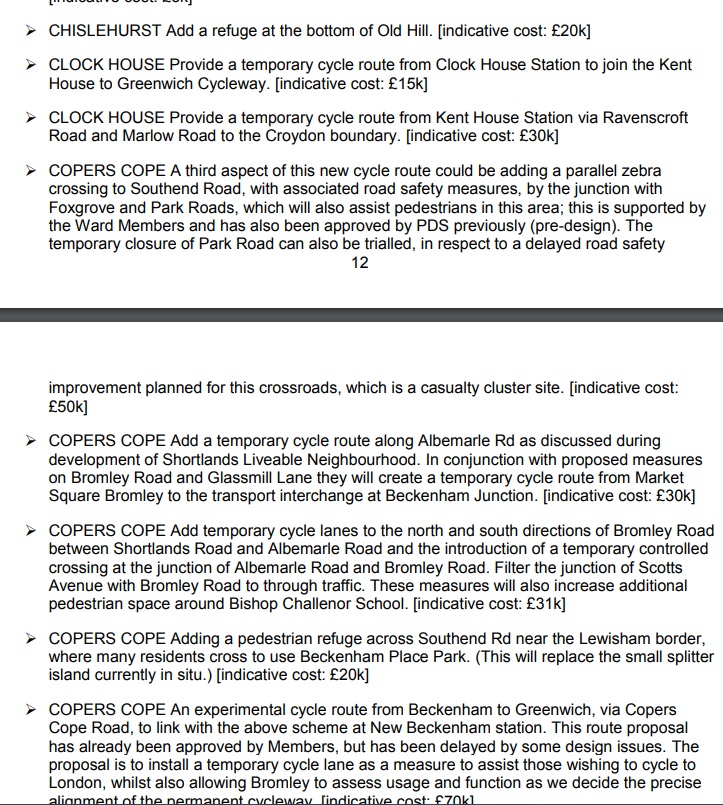 Here’s measures in one town centre. There’s a list for many. 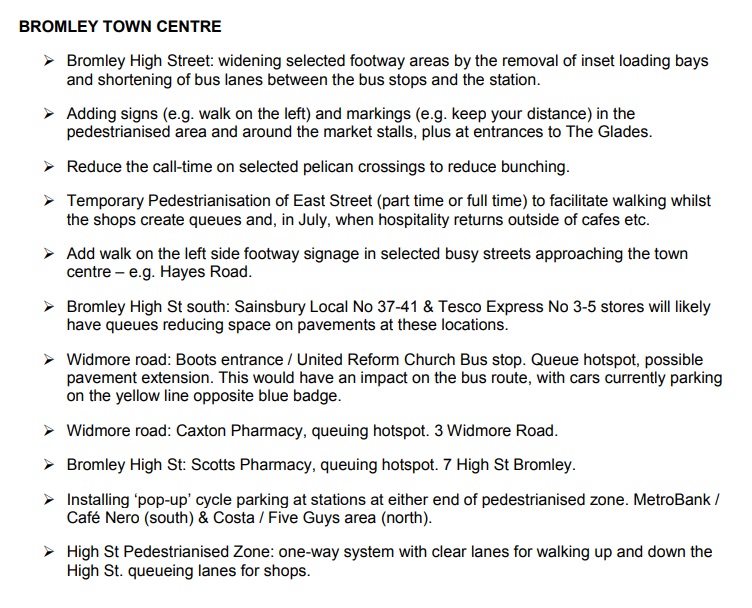 It goes on. Here’s Greenwich Council’s info for Woolwich in its entirety:

And that’s it. Why Greenwich Council won’t release exactly what they submitted to TfL before the deadline last week – or even commit to doing so – is unknown.

When asked a referral to a vague couple of paragraphs was given. Read that here on the Greenwich website. Then read what Newham have released here. Or what Southwark have here. Slightly different.

Southwark have come in for criticism for dusting off already existing plans. In Greenwich there’s no clue what is planned. A few barriers in town centres can only be seen as a very short term measure – and even then flaws in them have not been rectified in weeks. The odd thing is if they release a decent list it’ll be a PR win for the authority. 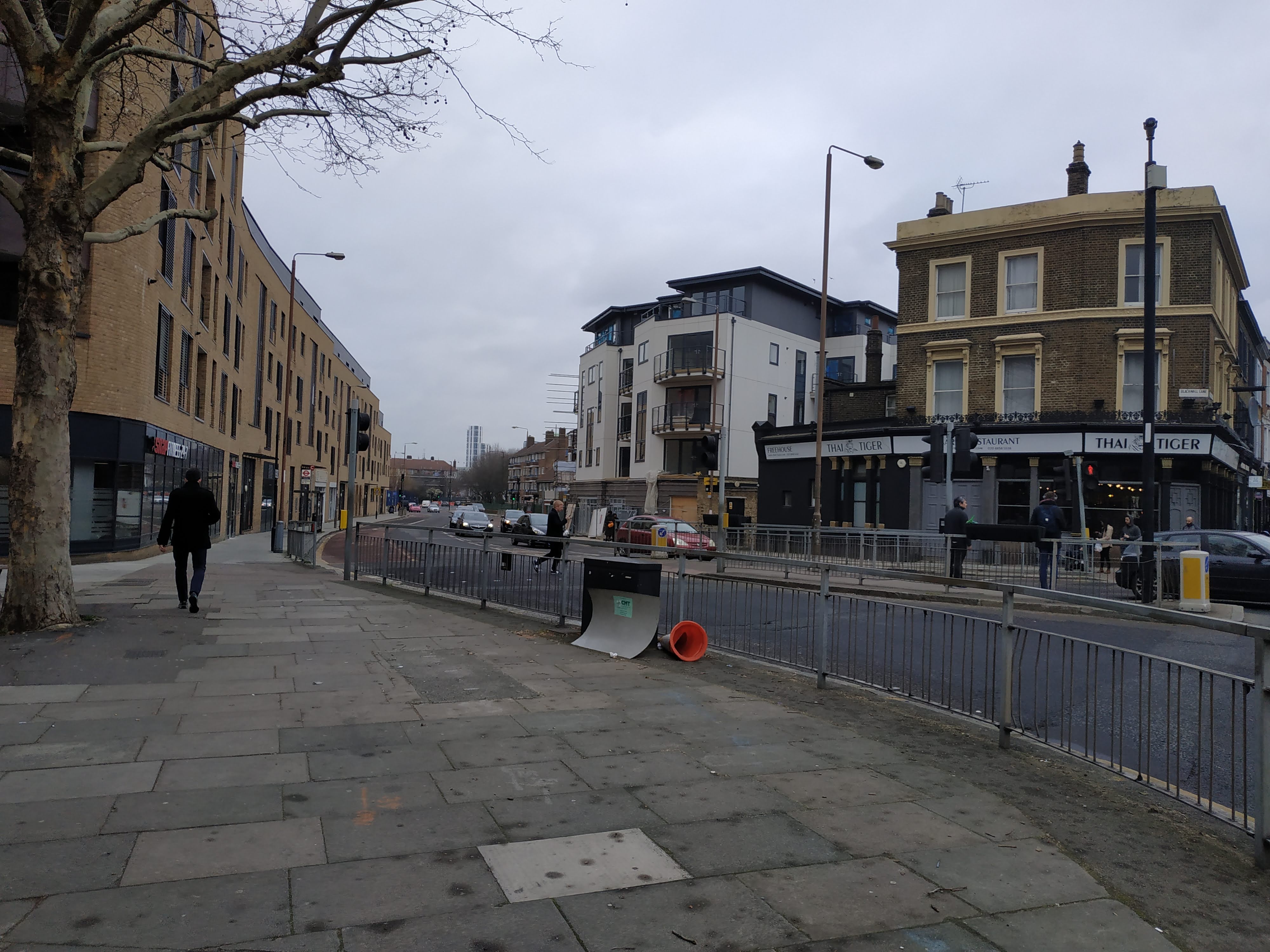