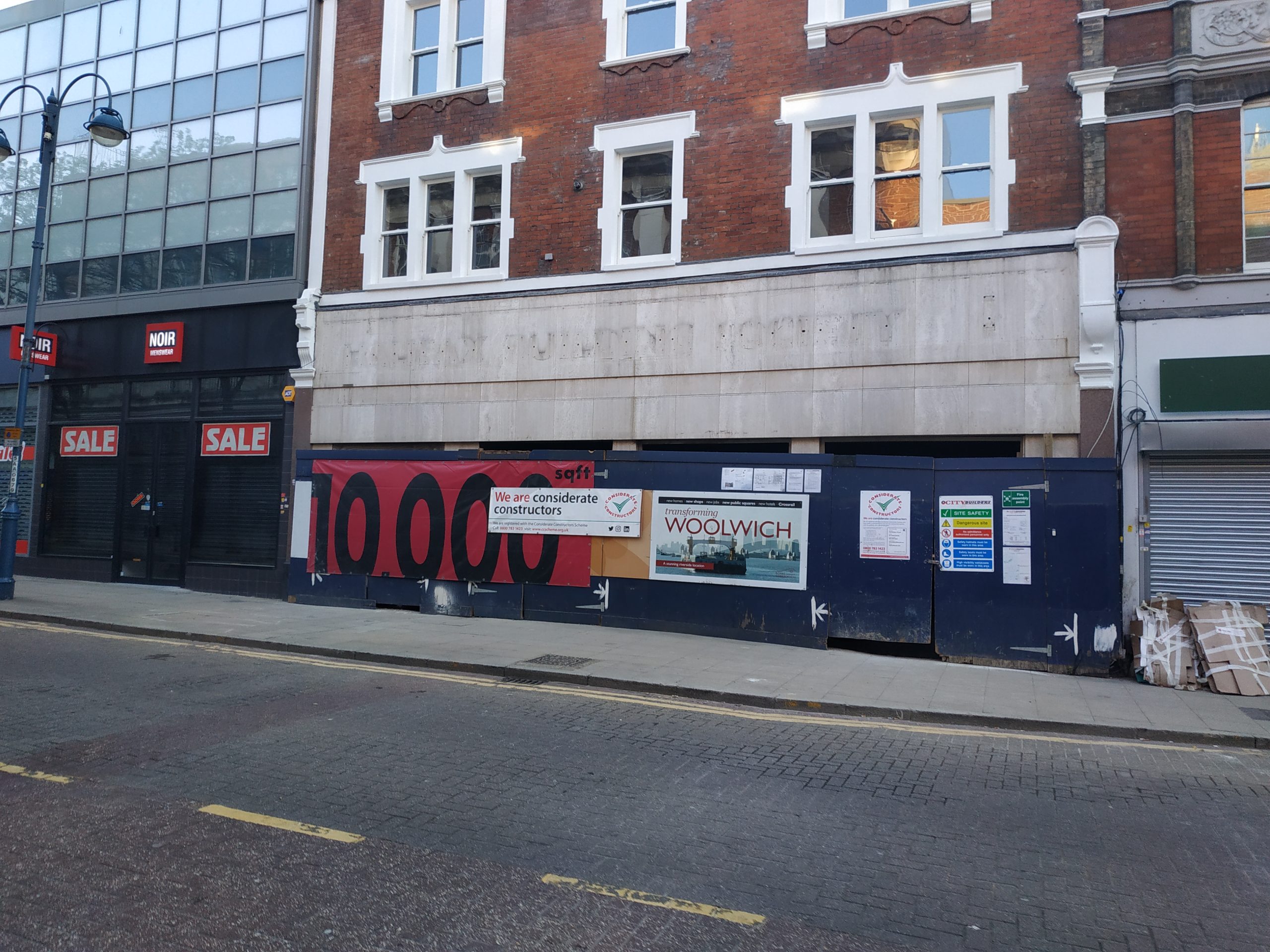 I thought it’d just revealed the Halifax sign but this old pic showed it exposed for a long time.

I can’t recall it being Halifax but do just about remember when BHS was located on Hare Street. The building has been in a state for as long as I can remember. Maybe that’s why I never noticed the old sign. I’m not overly keen on stonework now painted white:

Looking at the original application it stated the existing facade is to be refurbished and retained.

The newest alterations are part of a four flat development which sees the rear of the building demolished.

This is another view looking down towards Waterfront before work begun:

Work was needed to restore stonework, but to my eyes painting it white paint looks cheap: 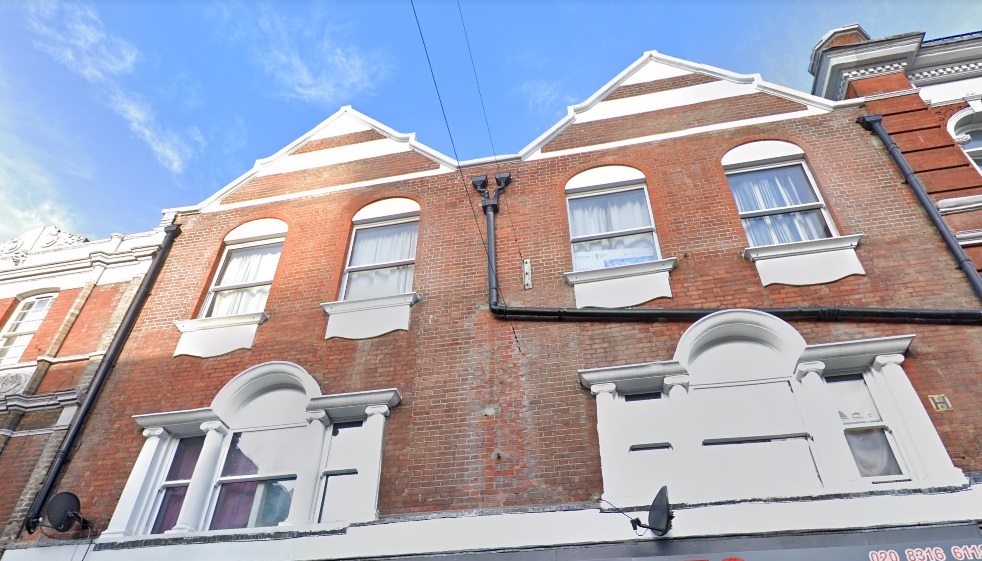 The stained brickwork is now cleaned. It was badly stained for years after initial refurbishment work:

Despite huge projects in Woolwich much small scale stuff needs keeping an eye on. I believe there is still no town centre manager. If financial strain limits that option (though they could pay for themselves if attracting more business), then other options such as a Business Improvement District status could have been pursued. BID’s see business pay a small surcharge to improve town centres.

Despite Woolwich losing some big names it does still have large chains who could have contributed. Tesco, Sainsbury’s Lidl, Travelodge and others. Maybe all too late now anyway with the current situation. But in five years?

Unlike some other sites which now charge people for local news this site doesn’t and will not. However income has fallen heavily so if you could support please do so here. Thanks. 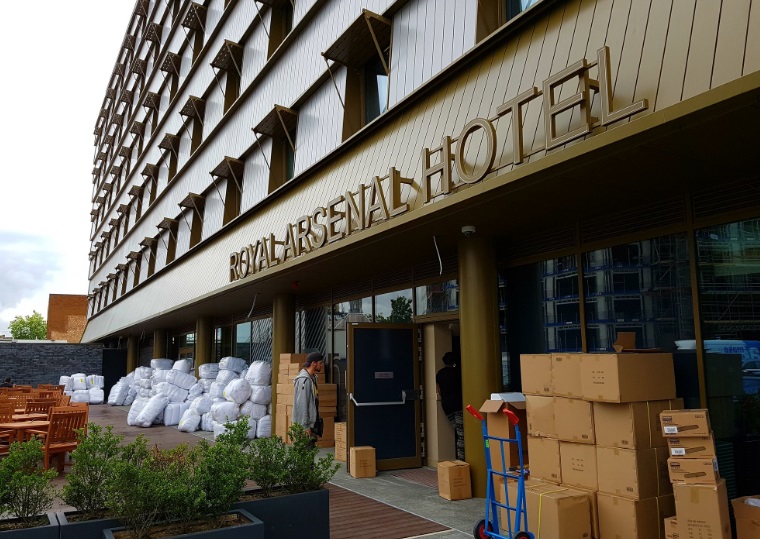