Posted by fromthemurkydepths on April 28, 2020 2 Comments

Clearance work has begun in recent weeks and months on a site north of Kidbrooke station that will eventually see 619 new homes.

The site is part of a TfL joint project with Notting Hill Genesis. Approval was given on appeal in November 2019.

When combined with Berkeley Homes’ plan to the south of the railway line, Kidbrooke will see 6,000 new homes.

Not much time wasted getting underway on clearing the area though is currently suspended. Thanks to Tom Catterall for these images. 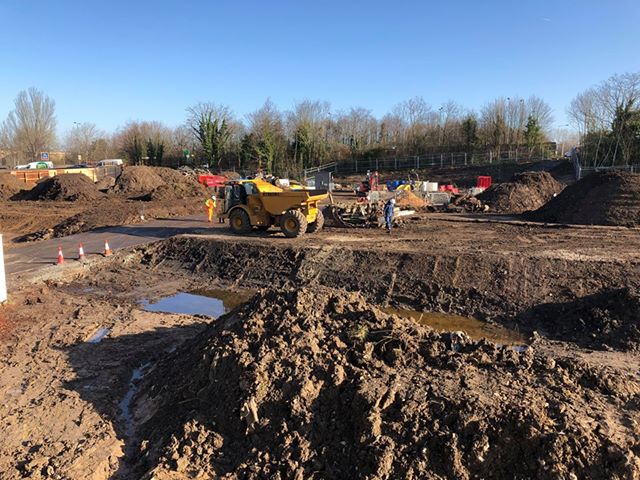 Bus stops here are to eventually be part of an “improved interchange”. 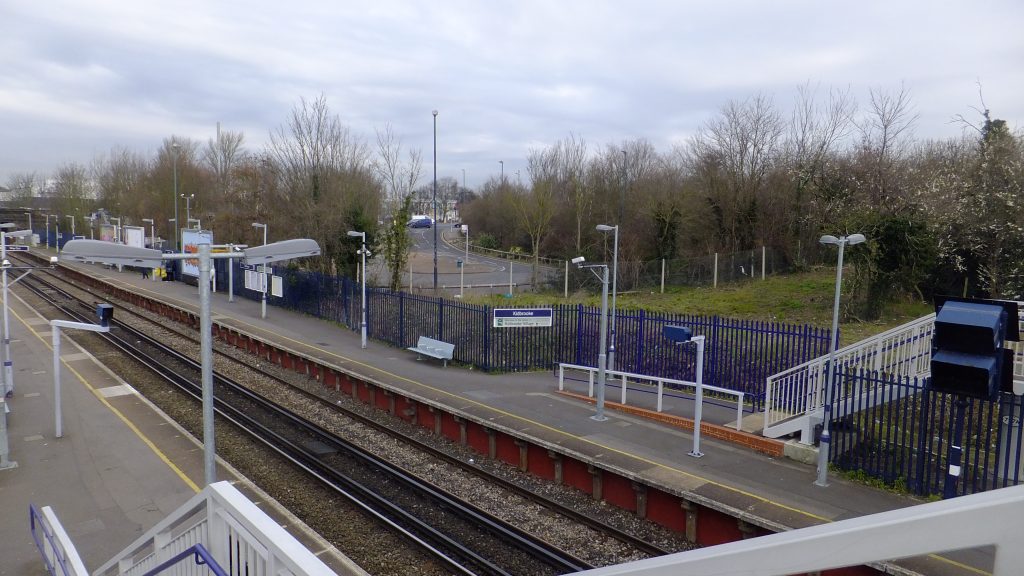 All change – before work begun

Meanwhile on the other side of the tracks a new station building has now seen signage installed. 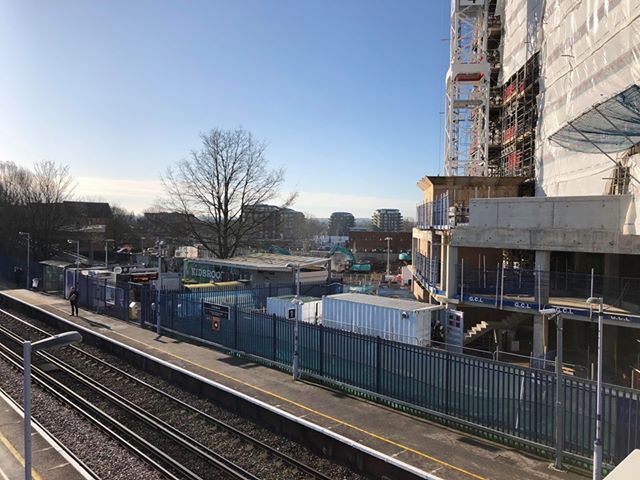 This station will lead onto a new square surrounded by housing blocks with commercial space at ground floor level: 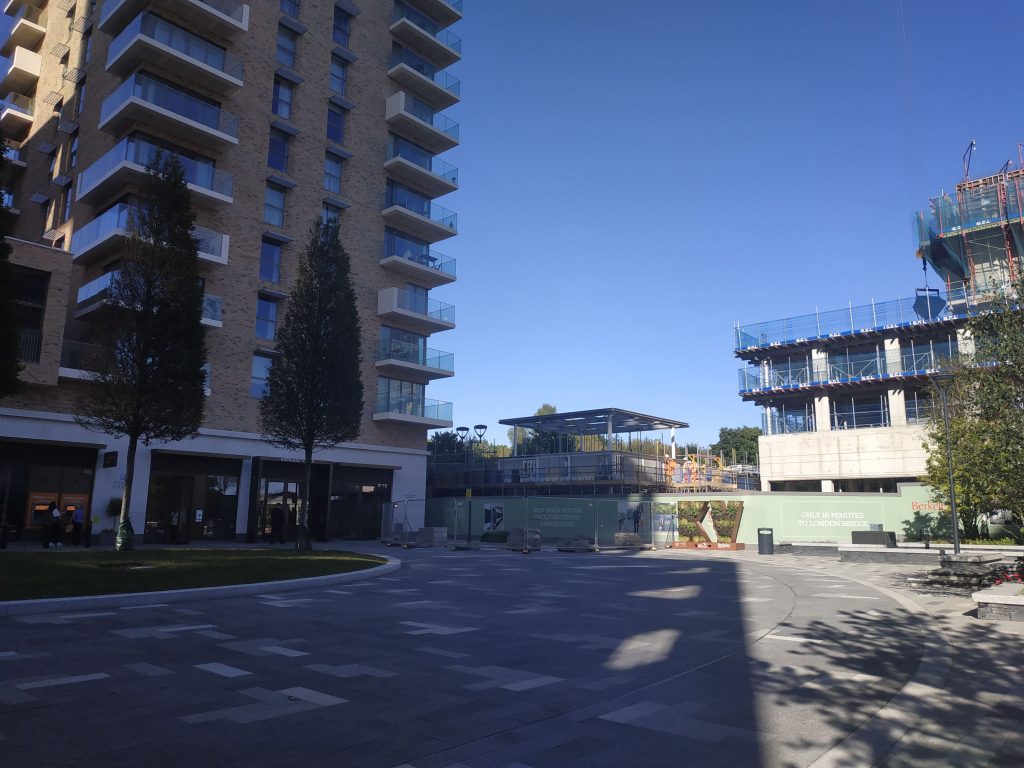 New station and Sainsburys seen from square. The block on right is now at 10+ floor sin height

In the past I’ve speculated how appealing new homes built by TfL will really be. It’s beside a major junction on the A2 that TfL predict will see one of the greatest increases in traffic once Silvertown Tunnel opens. 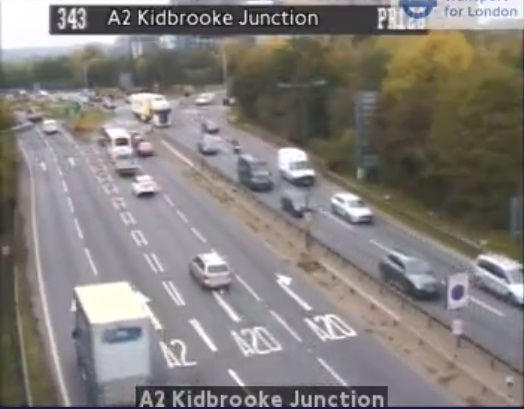 Traffic leaving A2 to reach Kidbrooke must queue

With TfL themselves expecting 30 per cent more traffic southbound from east London after a new tunnel completes, how will this junction cope without substantial work? It’s far from impossible that could mean a new overpass constructed beside new flats to separate traffic along the lines of that seen in east Greenwich. 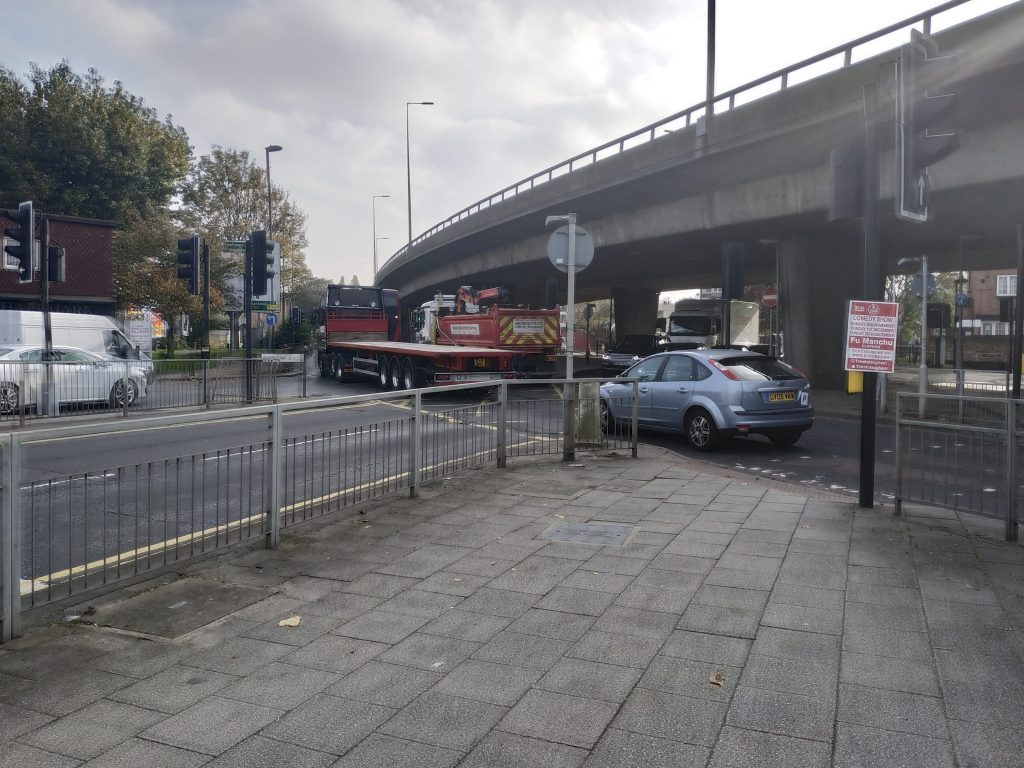 Probably not something that will appear on the sales brochure. Without grade separation how does that junction cope with growth? TfL need that growth to pay for the PFI contract taken to fund the tunnel.

It’s also worth noting TfL predicted a 30 per cent increase in traffic before increases of house building in the immediate area.