Posted by fromthemurkydepths on February 12, 2020 9 Comments 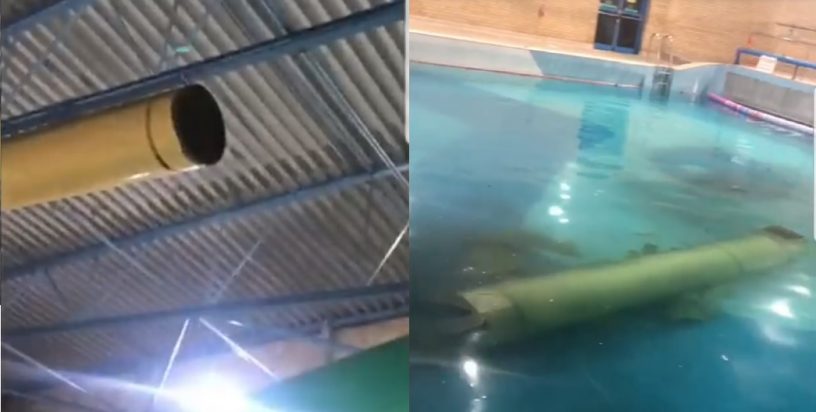 You may have noticed that Woolwich leisure centre at the Waterfront was closed last week for emergency repairs.

A video shows what caused that closure, with a substantial piece of pipe running across the ceiling having fallen into the pool below. Fortunately it happened whilst the centre was closed and no members of the public were swimming.

The pool at the Waterfront in Woolwich has suffered some damage and is closed for repair works. We are hoping it’ll be fixed and open again soon.

It’s the latest setback for the centre which should have closed and moved to a new site near Woolwich Arsenal station where Wilkos currently trade. The centre lost its car park and has been in poor shape. Membership numbers are down 20 per cent.

In a council meeting last month a Greenwich councillor called the centre “filthy”.

The centre’s operator, Greenwich Leisure Limited (trading as Better) have been contacted for comment.