The final block at a major Greenwich housing development beside the Thames is now heading towards completion.

River Gardens is located south of Enderby Wharf and taken many years to complete. 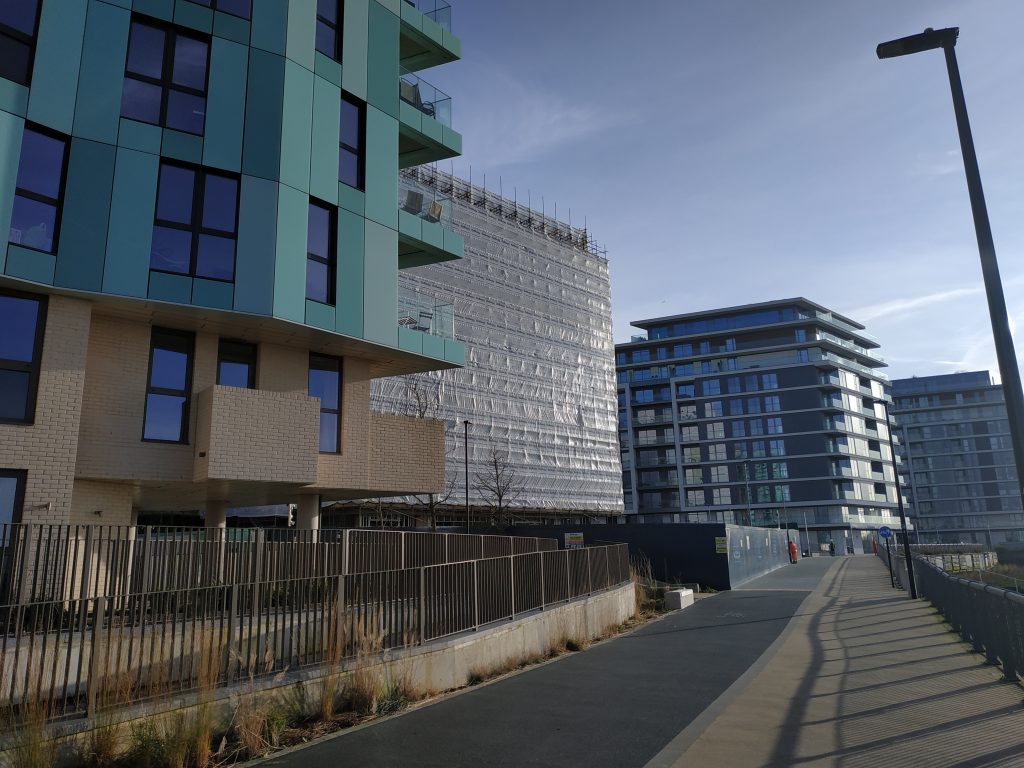 Three blocks were built before Bellway purchased the remaining plots over three years ago in 2016. After purchasing the plots they boosted flat numbers slightly to 455. 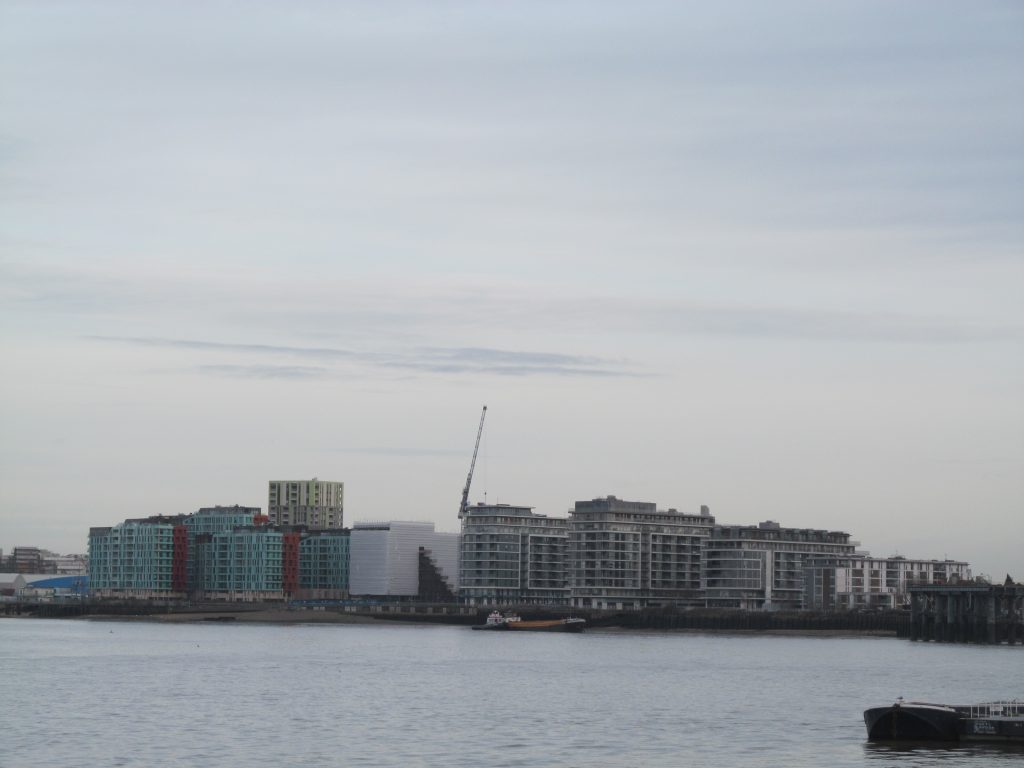 New residents will bring more custom to a planned pub at Enderby House. It has more problems to overcome before opening as I covered last month. 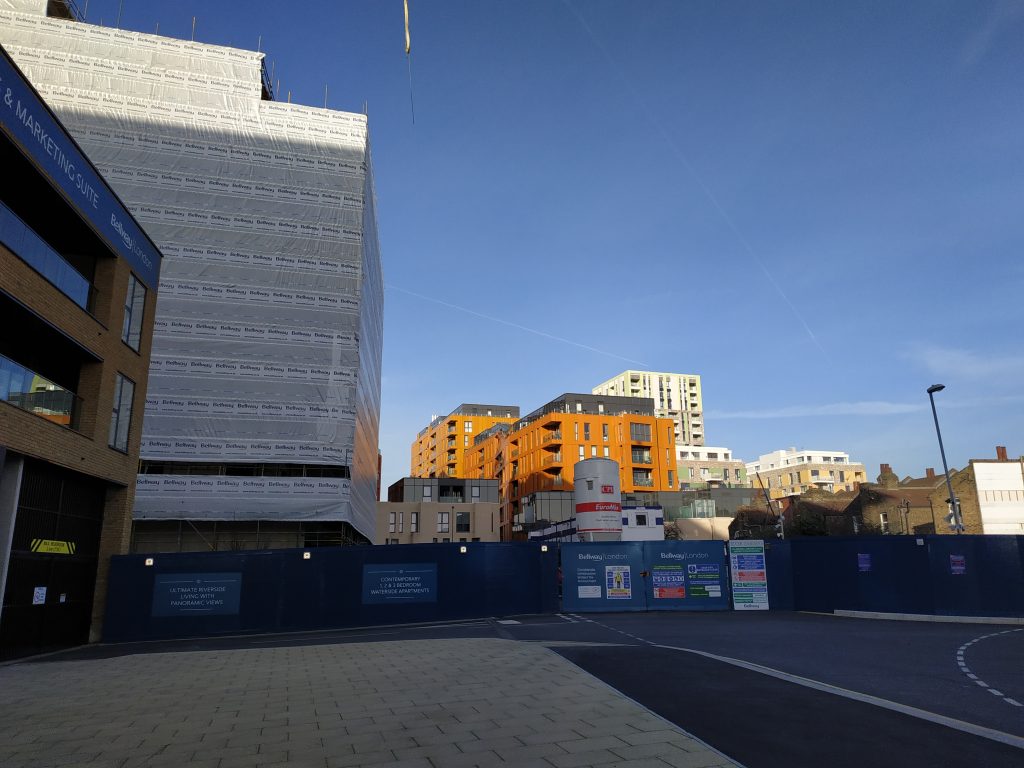 Rear of final block seen with Enderby Wharf housing behind

There’s also no sign of life at a planned Sainsury’s store.

Eventually new housing will be built to the north located along the western half of the Peninsula, including at the former planned site of Enderby Wharf cruise terminal (which already had planning for towers to the rear) and at Morden Wharf.