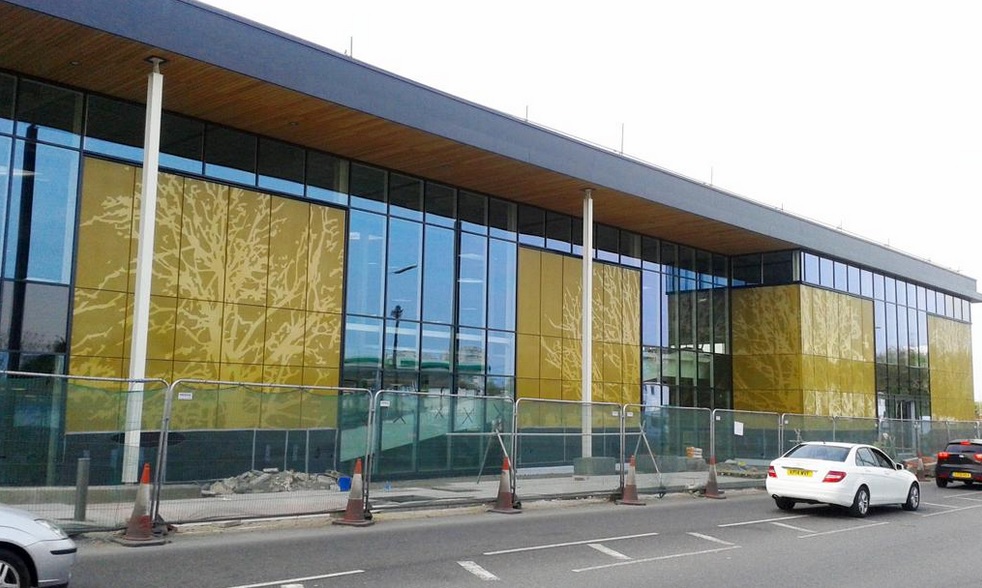 An exhibition today at Sainsbury’s in Abbey Wood is giving the public a chance to see future plans and guidance for the area covering the next 20 years. However there’s one problem: this crucial document leading to many changes in coming years manages to almost entirely exclude and ignore the majority of Abbey Wood.

I covered this a few weeks ago and the consultation has now moved to a new stage – yet still mostly overlooks Abbey Wood excluding a small area around the station. So much for “getting involved in the future” as the website proclaims.

When an online consultation occurred over summer 2019 many people asked about areas and the chance of improvements in Abbey Wood including the run-down estate – yet nothing substantial is in here. It manages to have photos of Thamesmead in a section on Abbey Wood:

The boundary of this plan is flawed to begin with given it cuts Abbey Wood in two based on the railway line. North is included. South isn’t. Not a great start.

Even the vast majority of north Abbey Wood, which is ostensibly in the consultation area, is barely covered when it comes to various sections outlying plans.

The only areas of Abbey Wood featured in any detail are Harrow Manorway and areas leading to Thamesmead. If they only want to focus time and energy on Thamesmead at least be upfront about it.

This follows a pattern dating back a decade. The new station is predominantly  focused on those arriving on buses, which isn’t most people in Abbey Wood. Those in Abbey Wood walking to the station have large blank facades to greet them on either side.

Then some lovely public realm:

To cut Abbey Wood in two and then mostly ignore (again) a large, neglected estate of some 3,000 homes is odd to say the least. You may have hoped Greenwich Council would have pushed for more detailed plans for this area after a number of stages of consultation have progressed and one aimis to “Support communities by planning for good quality infrastructure and amenities that can be easily reached (for example green spaces, social, community and cultural uses)”

Ah, but Thamesmead is undergoing massive change you may think so needs most (all?) the focus. But so will Abbey Wood. And the 3,000 home estate has much scope for an improved centre and shops alongside in-fill development and improvements. It’s ignored year after year. Developments nearby bring millions and it sees little to nothing.

The only noise we’ve heard the past year is Greenwich Council looking to sell some land instead of using it as part of a holistic plan to rejuvenate the heart of the estate where shops are located.