Posted by fromthemurkydepths on June 27, 2019 2 Comments

The Abbey Arms in Abbey Wood is due to reopen tomorrow after a refurbishment with a food and craft market held this Saturday.


The pub has been a traditional boozer for as long as I can remember. The revamp – by the Dirty Liquor group – is a modern take on pubs and will focus on pizzas during the week – when it comes to food offerings – and also offer Sunday Roasts. The group recently took over The Star in Plumstead. Expect craft beer, pub quizzes and the rest. 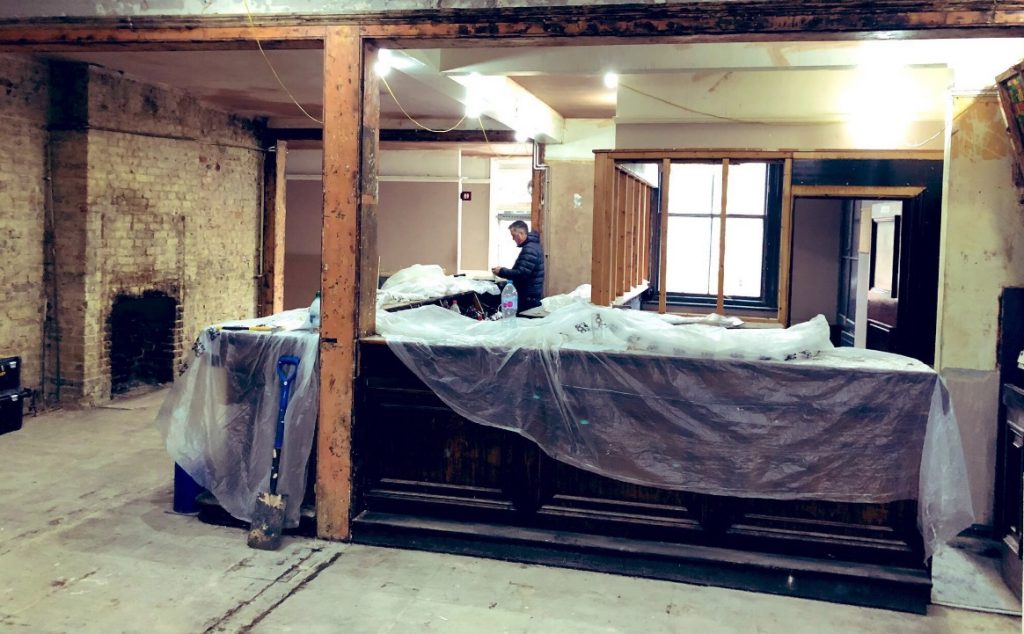 An outside seating area was being installed when I passed: 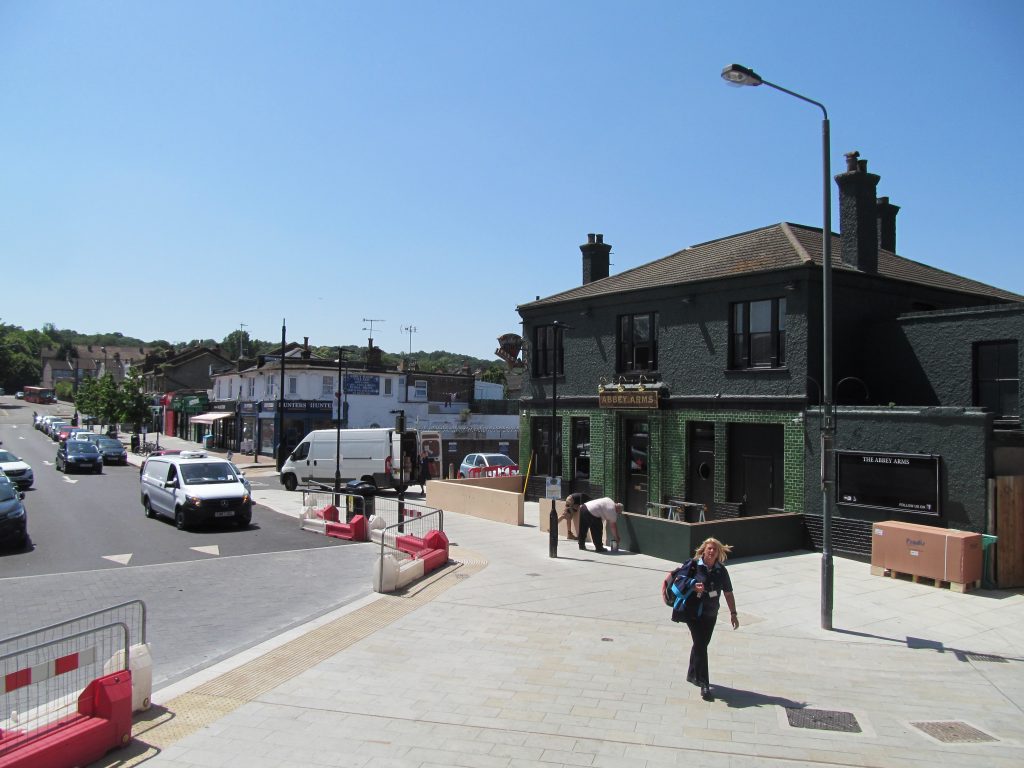 The dark colour scheme has divided option. It’s good to see the original glazed green tiles back on show.

The rear beer garden has also seen some changes: 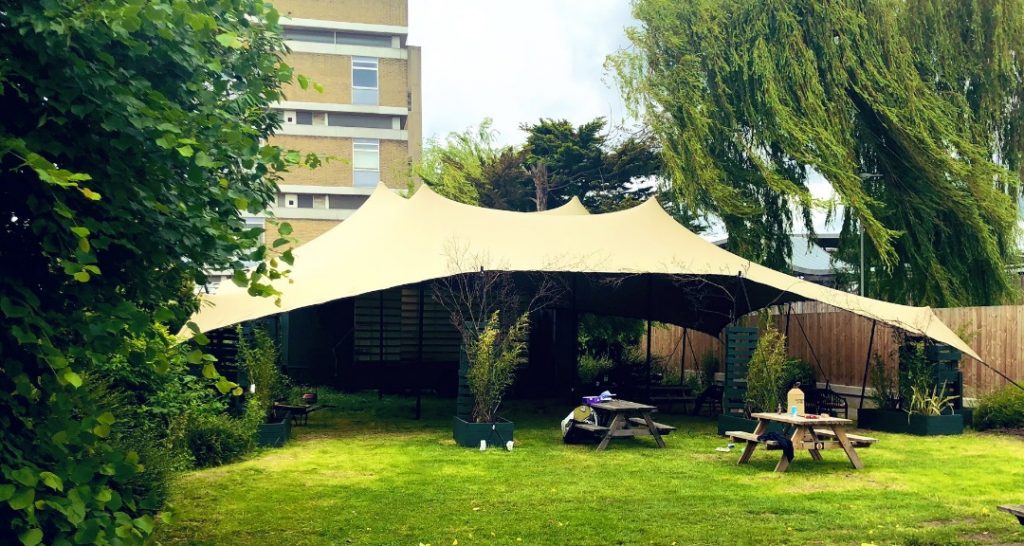 In terms of changes to the area around the station, temporary barriers installed in a rush are still in place. Greenwich Council now state than Bexley Council (who took the lead on this Crossrail related public realm upgrade) will install additional street furniture – and possibly trees as were shown on renders.

Let’s just hope the street furniture is high quality and not cheap tat installed in a panic due to lack of foresight.

Renders did not show much in the way of street furniture – and given the cluttered mess in the area previously let’s hope that doesn’t return. A simple row of high quality posts would work. And no, not the wooden ones which often age badly within months.


It was a bit of a mess before with all sorts of clutter and a mish-mash of paving along the street: 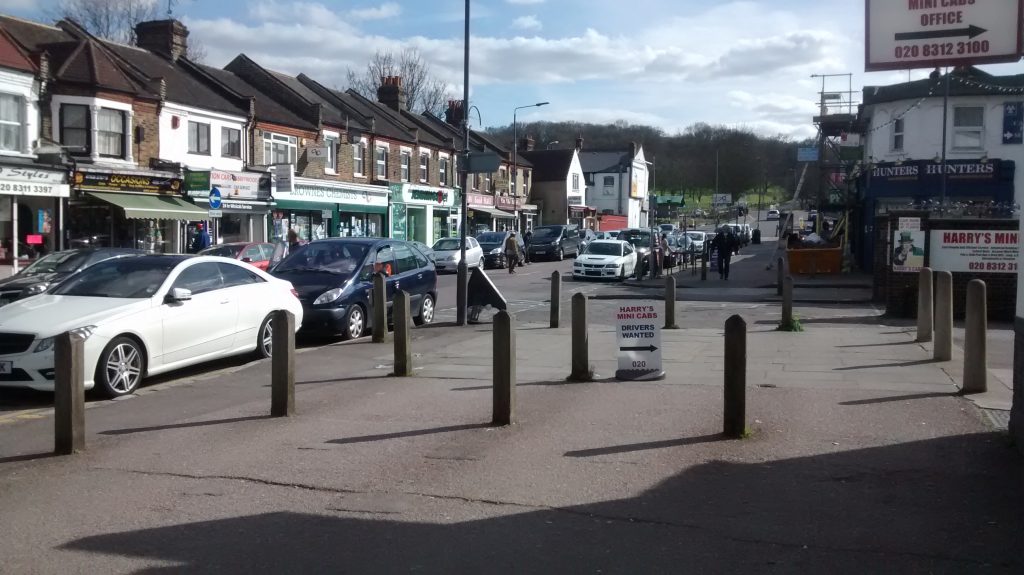 As it was. Bollards thrown up at random

For all the snags the street is now far better than it was:

The addition of trees and new shopfronts is also a great improvement. 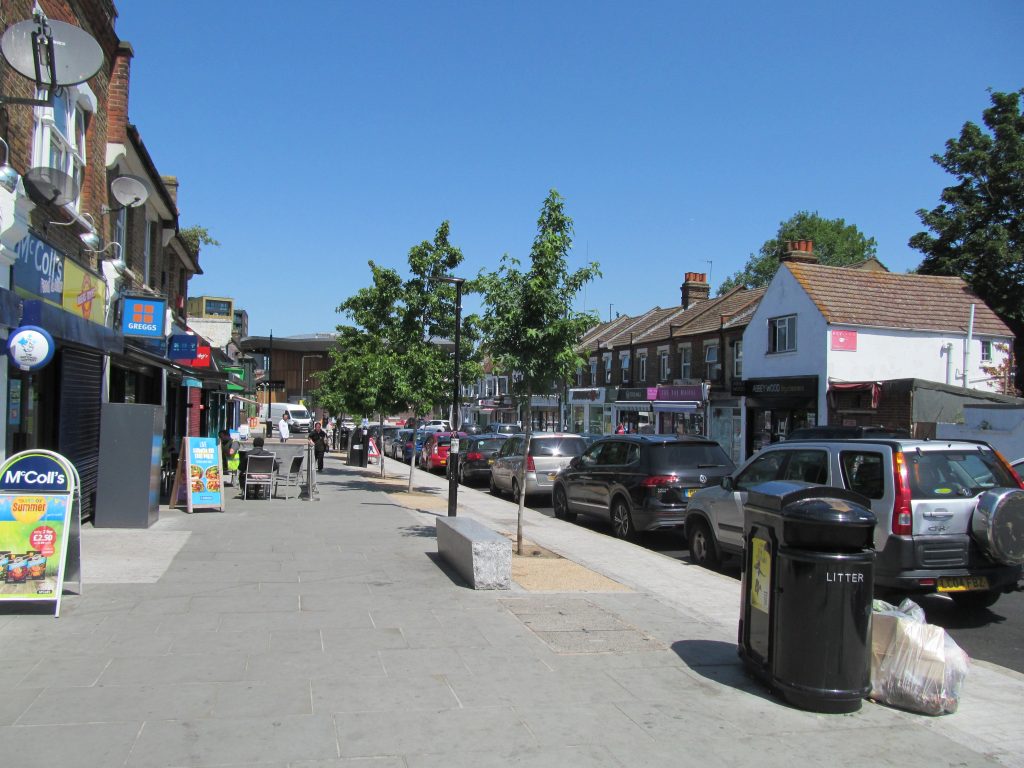 If you fancy going to see the newly upgraded pub get there after 5pm on Friday, and don’t forget the craft market in Saturday will run from 11am to 5pm.